Multilingualism at the Division for People and Social Inclusion 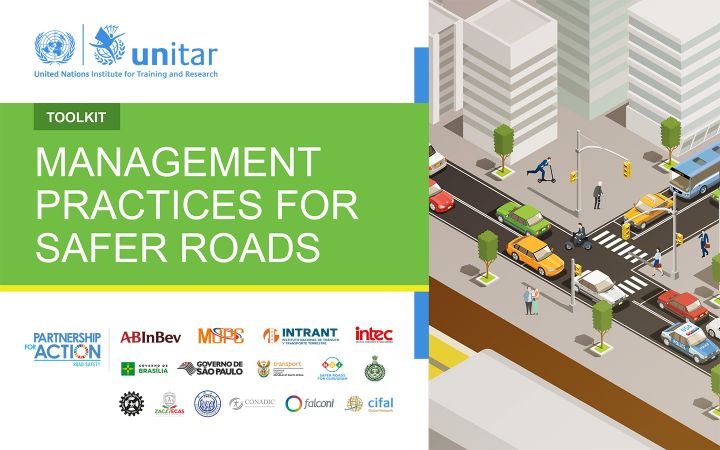 The Division for People and Social Inclusion has continuously ensured multilingualism remains at the core of our activities, events, publications and learning opportunities. This has been accomplished via on the ground training activities in countries around the world, online courses offered in multiple languages,  regular webinar series, with webinars being hosted in English, French and Spanish, and via the publication of toolkits, most notably the  Management Practices for Safer Roads Toolkit available in nine languages. This multilingual approach allows individuals and communities worldwide to benefit from the learning opportunities concerning the Sustainable Development Goals, offered by UNITAR, directly contributing to achievement of Agenda 2030. In addition to the multilingual publications which have already been released throughout 2022, the Division for People and Social Inclusion is committed to making multilingual learning opportunities a key focus in the years to come. This can already be seen with the announcement of module 1 of the e-learning course “Essentials of Breastfeeding” approved to be translated into thirteen additional languages in order to advance the goals of the Breastfeeding Education Initiative (BFEI) on a global scale.A more extensive list of both available online courses, and news on accomplished in person trainings can be on the UNITAR website 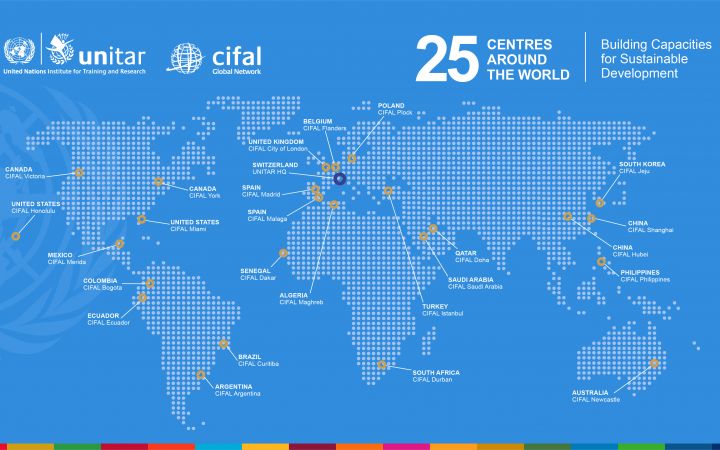 As the Division for People and Social Inclusion continues to expand, the aspect of multilingualism will remain at the center of our upcoming courses, events, and activities. Mr. Mejia believes that consistently having multilingualism at the center of our work  increases the Division’s visibility among our global partners, “we operate well in four or five languages out of the six UN languages because our staff has that ability, and we have partners who don’t necessarily speak English.”

One of the greatest multilingual assets of the People’s Division is certainly The CIFAL Global Network. Composed of twenty-five international training centers for Leaders and Authorities across Asia, Africa, Australia, Europe, the Americas, and the Caribbean the network's aim is to continuously expand its global footprint by supplying enriching courses, seminars, and workshops to individuals and educational institutions across the world, at the local level. As a network, we put multilingualism at the heart of our regional and international collaborations with partners and institutions from the four corners of the world.

Mr. Alex Mejia, Head of CIFAL Global Network, says that “ it is important that the CIFAL Global Network represents both multilingualism and multiculturalism because it increases our global footprint. An example of this is in centers located in countries where the official six UN languages are spoken, including China, so having multilingualism at the center of our work is key to our outreach.”  In addition, as a network, we offer diverse training, courses and events in a variety of languages not included in the six official UN languages, these include, Turkish, Dutch, and Korean among others.

The CIFAL Global Network’s strong support for the United Nations 2030 Agenda for Sustainable Development, and multilingual nature has ensured various communities worldwide have the opportunity to interact with and contribute to the achievement of Agenda 2030. One initiative which highlights this was carried out by CIFAL Merida, in Mexico.  The CIFAL Merida team developed a short manual and video about the 17 SDG’s in the Mayan language. This initiative has significantly contributed to ensuring Maya-speaking communities, which comprise approximately  6 million indigenous people in Mesoamerica, including Mexico, Guatemala, Honduras and Belize have exposure to and involvement with the sustainable development goals. Allowing communities that may not speak one of the UN languages to participate in activities that are related to sustainable development is one of many contributions that reflect our commitment to multilingualism.

In 2022 so far, the CIFAL Global Network has made a conscious effort to expand in the linguistic sense, with two new centers, operating primarily in Arabic being inaugurated. CIFAL  Doha, Doha and CIFAL Saudi Arabia both innagurrated  early 2022,  together with the affiliated organizations, have been able to provide additional training, workshops and seminars to Arabic Speaking beneficiaries.

Internal CIFAL coordination also has a multilingual approach;our colleagues strive to coordinate with our various CIFAL centers around the world while promoting multilingualism. Ms. Adriana López Mendoza, Programme Manager for the Social Development Programme and  Division for People and Social Inclusion in our main Geneva, Switzerland office, says that her experience in coordinating with different CIFAL’s in her native language of Spanish goes beyond the spoken word. She says, “ the fact that these individuals in the CIFAL centers are able to express themselves in their own language can always be effective; because it is not just about the language itself, its also about how close we can feel to each other. For instance,  When I am coordinating with CIFAL centers in Latin America, we feel culturally connected to one another, which is an advantage when we want to collect data  regarding certain regional demographics.”

As we continue to grow, through opening new centers and expanding our e-learning courses, seminars, and workshops, multilingualism will always be at the center of what we promote. We look forward to seeing what the future holds. Together with the support of our global partners, we are edging closer to achieving the United Nations 2030 Agenda for Sustainable Development together. 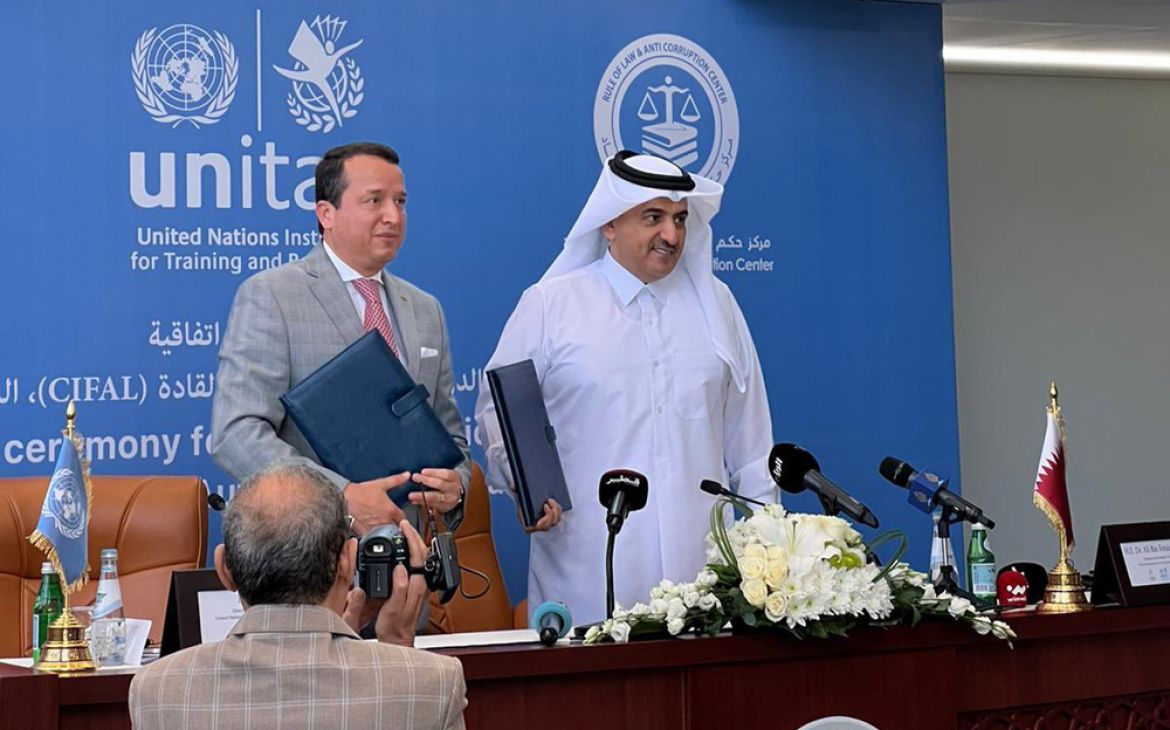 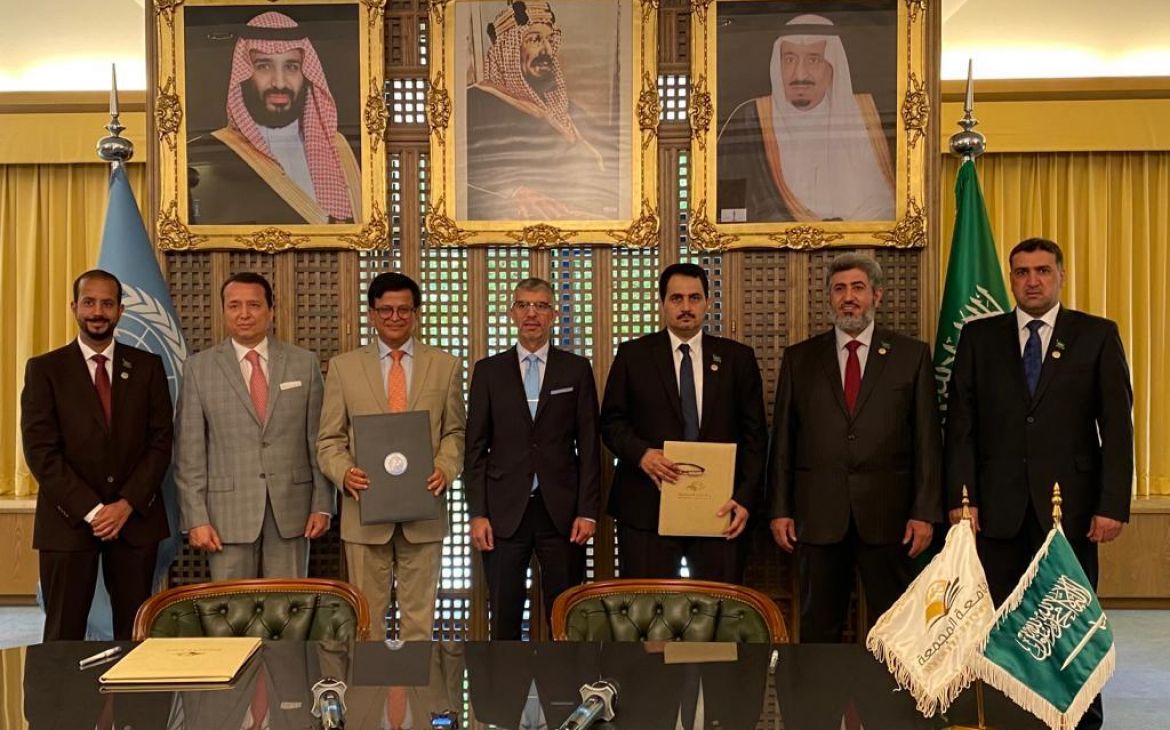