18 November 2020, New York, USA (Virtual) - The United Nations Institute for Training and Research (UNITAR) New York Office (NYO) hosted a second training session entitled “Conflict Resolution in the Era of Political Polarization” as part of an ongoing partnership with the Columbia Law School Mediation Clinic. Mr. Marco Suazo welcomed the more than 170 participants to the event and introduced Professor Alexandra Carter who facilitated the event’s presentation and introduced the rest of the team who helped lead the discussion. This training was supported with funding allocated from the Swedish International Development Agency’s (SIDA) contribution to the UNITAR Strategic Framework Fund, under the programme ‘Leveling The Playing Field’ which focuses on the development of skills and knowledge of Least Developing Countries. 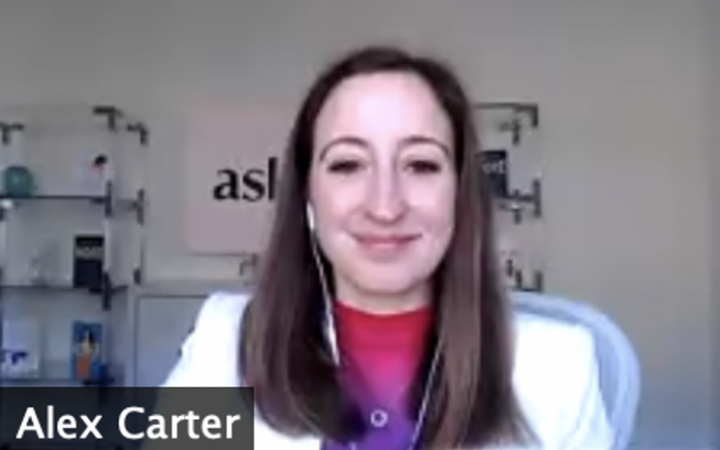 Jeyoon Chung began the presentation by administering a poll which asked participants if they believed the world is more polarized than it was 10 years ago, with over 90% answering yes. Chung then reviewed goals of the event which intended to cover different survey techniques, exploring the intersection between polarization and negotiator bias, and a discussion of best practices. Chung started off the agenda by explaining the term “group polarization”: discussing its significance, why it happens, and its relation to conflict resolution.

Cameron Molis then facilitated sending participants into breakout rooms to discuss times when they had someone, or they themselves, make assumptions about someone based on their nationality, culture, language, or place of origin. After the group discussion, Erica Zou began discussing the phenomenon of “transference” and how it approaches the issue of polarization from a more individualized perspective. Molis then administered the second half of the poll introduced earlier by Chung, which asked participants if polarization is a positive or negative force in society; participants overwhelmingly said polarization was negative. 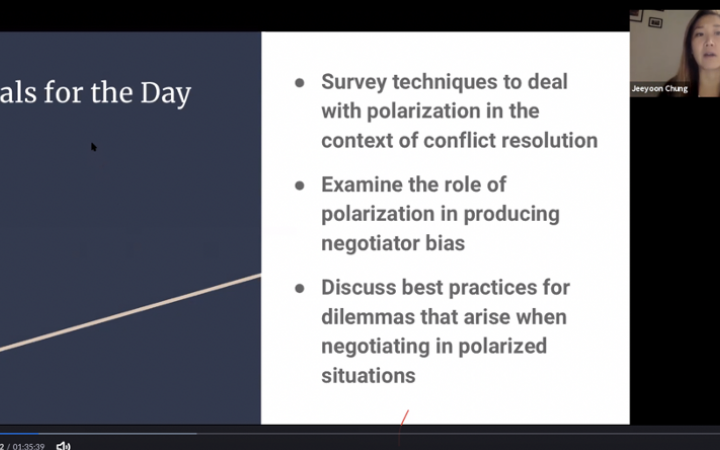 Jessica Barragan continued the presentation with a discussion regarding which tools one can utilize for conflict resolution in a polarized situation, beginning with knowing what the right question to ask are. It was stated that questions are one of the most important tools and having effective questions can yield effective answers. Meyer Horne continued this section by explaining the tool of active listening: which required engaged listening, empathy, and withholding judgement among other things.

Oliver Kwon then discussed the tool of amplification, which consists of validating important statements through repetition, citing an example from the Obama administration where this tool was utilized by female staffers. Kwon then discusses the tool of stroking, which entails recognizing and appreciating someone’s contribution. Mie Morikubo continued the presentation with an explanation of summarizing, which is a tool that requires repeating the main points of someone’s statement and focusing on their interests and feelings. 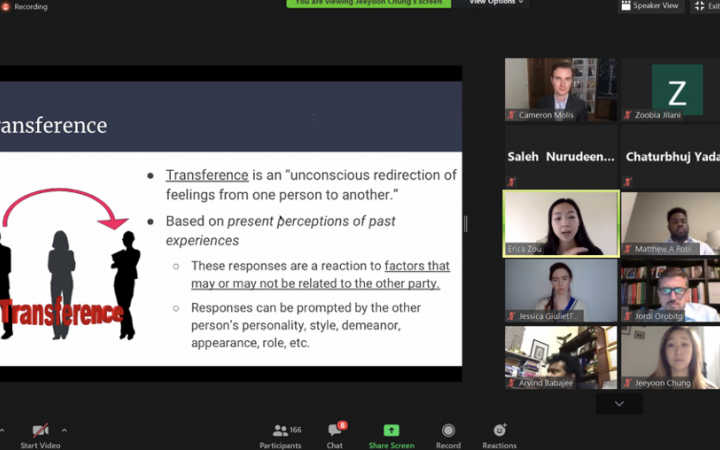 Morikubo also covered the tool of reframing, which consists of removing inflammatory language while still maintaining the force of what someone has said. Matthew Robinson then discussed the issue of facts, feelings, and interests. Robinson discussed this three-part mechanism which entails the mediator uncovering the underlying issues and then constructs an environment where a party feels understood and is open to the process. Molis then facilitated another breakout room exercise where participants were presented with a hypothetical scenario and instructed to discuss how they would facilitate that mediation process. Following the breakout rooms, Molis facilitated a group discussion amongst the participants about what strategies they discussed using.