The Economic and Social Council of the United Nations adopts a draft resolution entitled “United Nations Institute for Training and Research” (E/2019/L.12) 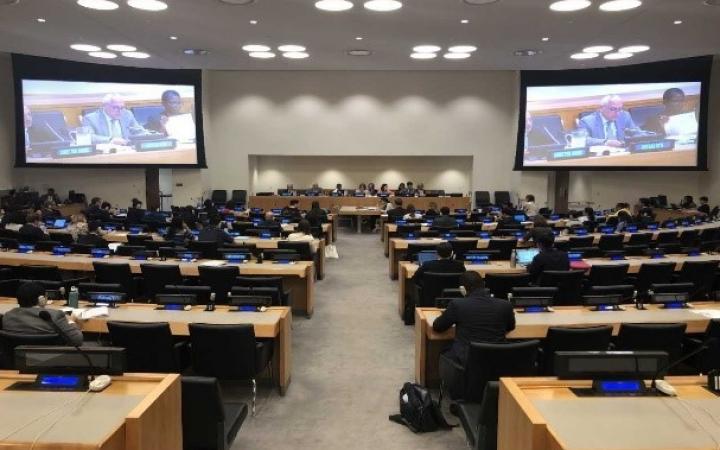 After consultations, the Permanent Mission of Ecuador took the lead in facilitating the draft resolution, covering three informal consultations among the ECOSOC Member States. The New York Office conducted several bilateral meetings with the group of friends to UNITAR seeking support during the process. 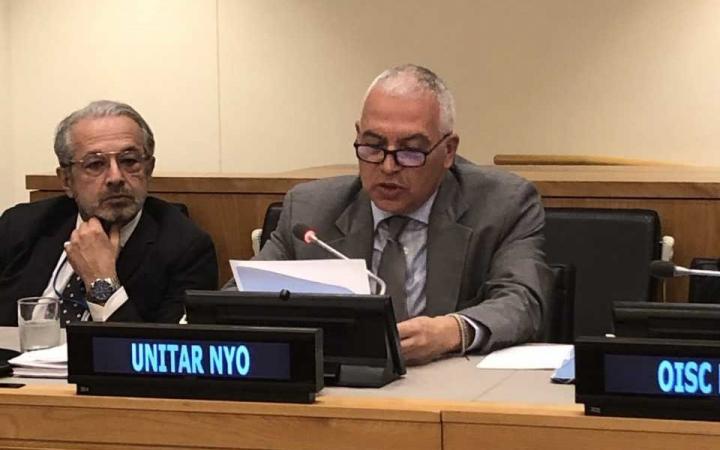 Consultations led to a consensus draft resolution contained in the document (E/2019/L.12) which was considered during the plenary session of the ECOSOC on Friday 7 June 2019, and was adopted by consensus. The Head of UNITAR Office in New York, Marco Suazo, provided introductory remarks on behalf of the UNITAR Executive Director stressing among others, the following points:

“UNITAR 2018-2021 strategic framework, programming is organized under the Peace, Planet and Prosperity pillars of the 2030 Agenda for Sustainable Development, in addition to three cross-cutting programme areas: (a) accelerating the implementation of the 2030 Agenda, (b) multilateral diplomacy and (c) optimizing the use of technologies for evidence-based decision-making. Some two-thirds of the Institute’s programme of work relate to work aligned with Goals 12, 13 and 16 of the 2030 Agenda.

This strategic framework is built on a common vision and aims to focus attention on beneficiary needs from countries in Africa, the fragile States and States emerging from conflict, as well as Small Island Developing States, the Land-Locked Developing Countries and the Least Developed Countries.”

“In 2018, UNITAR recorded the largest outreach in its history. With nearly 85,00 beneficiaries participating in learning and knowledge sharing events…”

“The discussions at the fifth Mayoral Forum directly influenced the historic undertaking of the Global Compact and included the adoption of the Marrakech Mayoral Declaration, entitled ‘Cities working together for migrants and refugees.’

“Recently, UNITAR launched a new initiative under the people pillar, in line with Sustainable Development Goal 3 on good health and well-being. Its main objective is to support stakeholders in health-related areas in systematically identifying knowledge gaps and developing the capacity to enhance the impact of existing health initiatives and programmes.”

“Under the area of optimizing geospatial technologies, the UNITAR Operational Satellite Applications Programme is leading an initiative to leverage Earth observation date to provide stakeholders from Fiji, Solomon Islands and Vanuatu with access to vital information regarding disaster and climate risks to inform planning, food security needs, and environmental assessments.”

The Head of Office in New York also provided additional remarks stressing that:

“UNITAR is 100 percent voluntary funded. Overall, UNITAR remains in sound financial health. Its accumulated surpluses increased from 21.3 million in 2016 to 25.6 million in 2017.”

“In November 2018, recognizing the challenges associated with tightly earmarked project funding, the Board of Trustees created the Strategic Framework Fund to serve as a loosely earmarked funding facility to support programming in strategic areas that help Member States achieve Sustainable Development Goals.”

70. It is recommended that Member States acknowledge the Institute for the significant growth in programming and beneficiary outreach that it achieved in 2018 and for its efforts to align its programming to the 2030 Agenda for Sustainable Development.

71. It is also recommended that Member States provide their full support to enable the Institute to continue efforts to meet learning and other capacity needs, in accordance with its mission and strategic objectives, and that Member States and other stakeholders, including relevant United Nations entities, strengthen partnerships with the Institute and consider providing financial support to the newly established Strategic Framework Fund. 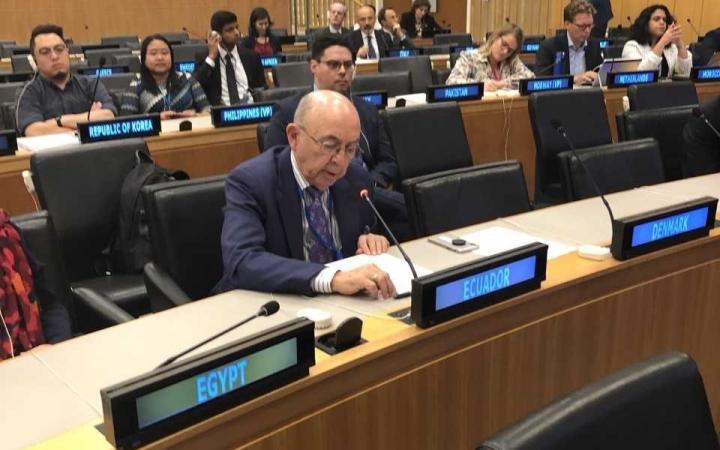 “I have the honor to introduce to the Economic and Social Council of the United Nations the draft resolution entitled "United Nations Institute for Training and Research" contained in the document (E/2019/L.12).”

“The mentioned draft resolution highlights the Institute's main activities that are being carried out within its 2018-2021 strategic framework, as well as its achievements in various program areas …”

“Likewise, the document underlines the commitment of the Institute to carry out effective training activities, through the harmonization of the UNITAR programme with the implementation of the 2030 Agenda for Sustainable Development.”

“In addition, the draft resolution calls on UNITAR to cntinue to establish and strengthen partnerships, including entities of the United Nations system, the business sector, academic circles, civil society and regional organizations, as well as inter-agency cooperation.” 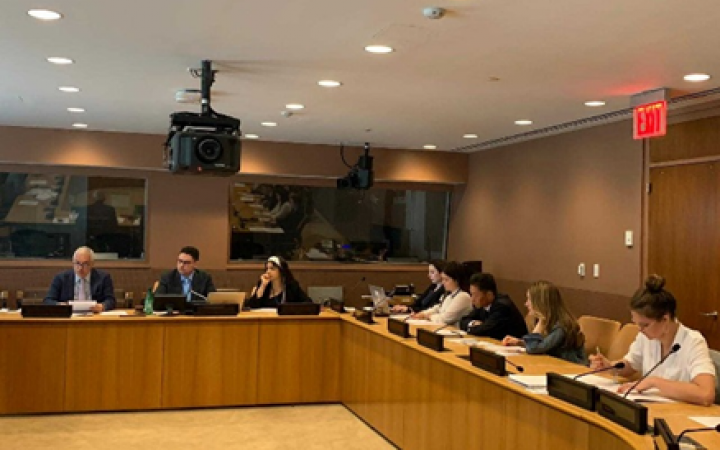