10-12 May 2011, Bergen, Norway. During the 2011 GDACS Stakeholders Meeting, a crowd-sourcing application for geo-tagged photos was released to the disaster management and early responders community.

Developed under the EC funded GEO-PICTURES project by AnsuR, in collaboration with UNOSAT, this Android app automatically geo-locates (tags) photos, size them according to bandwidth and send them off to a web-server - all with the touch of one button. In the web-server, photo location is indicated on a map, and the photo can be further assessed, shared with individuals or groups and even uploaded in high resolution if needed. So far, the tool has successfully been used in Haiti, Pakistan and Nigeria, as well as in several exercises.

Using any Android phone, simply point the barcode-scanner to the below QR code and the Asign application will install automatically. Disaster managers and early responders can then use the application at no cost to acquire geo-tagged photos and see them online, as well as share with own team and others.

If you phone does not have a QR code scanner for the below graphics, the app can be downloaded at http://download.ansur.no/asign-un.apk 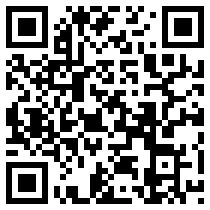