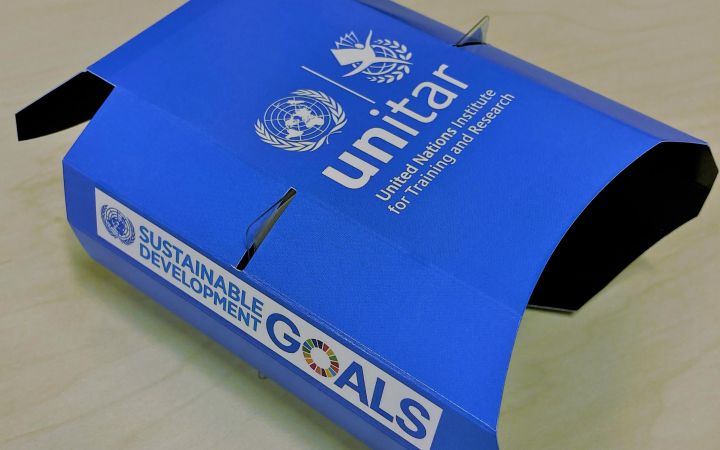 June 2021 - Using 3D goggles, we can now enjoy the immersive thrills of movies, games, and amusement parks. Virtual reality (VR) is no longer a new technology of the distant future but is becoming a familiar tool, and UNITAR is harnessing it to bring vivid, visceral learning across time and space.

The COVID-19 crisis greatly changed UNITAR’s training programmes. Trainees and instructors may not be able to move around because of the pandemic, but training needs have in some ways dramatically increased. To meet the needs of trainees from all over the world, UNITAR introduced online learning.

However, despite the flexibility of online learning, there were many aspects of on-site training that were fundamental to the UNITAR programmes, such as sharing hands-on experience, training through fieldwork, and face-to-face team building to develop leadership.

How can we accept the restrictions placed on us by the pandemic – avoiding travel and in-person gatherings – while reliably delivering training that ensures participants will gain the targeted skills and mindsets? 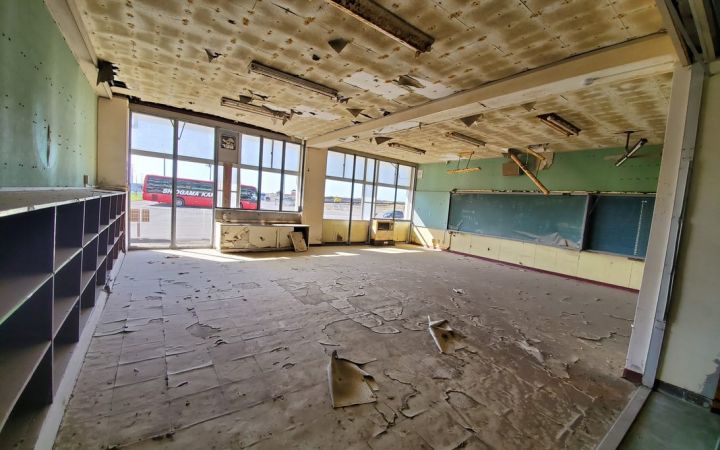 One solution proposed by Junko Shimazu, Team Leader of the UNITAR Division for Prosperity Disaster Risk Reduction programme, was to use VR technology to replicate the impact that could be gained from in-person observation.

The UNITAR Tsunami-based Disaster Risk Reduction (DRR) programme, supported by the Government of Japan, trains female professionals from women from Pacific Small Island Developing States on leadership in the context of disaster risk reduction. In previous years, the programme assisted the participants to develop disaster prevention plans while visiting areas struck by the 2011 Great East Japan Earthquake and Tsunami and learning about evacuation actions in Wakayama Prefecture and the reconstruction of Kobe following the 1994 Great Hanshin Earthquake.

“The basis of this programme is to go to areas that have been affected by major disasters, such as tsunamis and earthquakes, to speak to survivors and learn about the magnitude of the damage as well as how evacuation plans and disaster prevention activities can reduce the number of victims,” says Shimazu. “The point is to use all five senses to take in how unreasonably natural disasters take away people’s lives and homes.”

For the 2020 training, UNITAR used videos of testimonies from disaster-stricken areas and bereaved families, incorporating 360-degree images in the online modules. By providing VR goggles for participants to wear while watching the footage, UNITAR hoped to bring the experiences of the survivors closer to the participants, despite the physical distance. Participants say how testimonies “pierce their heart,” deeply motivating them to take actions for disaster prevention.

For 2021, UNITAR plans to further expand the video. “Ideally, people would be able to visit the site and interact with those on the ground. But until we overcome the pandemic, we want to further broaden what we can do online,” says Shimazu.

With COVID-19 affecting airports and postal services, some trainees, especially those who lived on islands far away from the capital, only received the VR goggles after the training period. UNITAR hopes to move forward with contingency plans to overcome such circumstances. 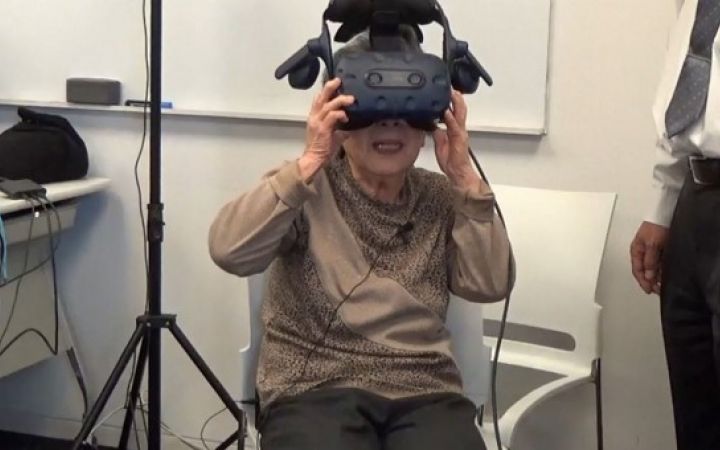 A local citizen takes in VR footage produced by students

Not only does VR learning instantly close physical distances, but it may have the potential to transcend time.

The 2020 UNITAR Hiroshima Nuclear Disarmament and Non-Proliferation Training Programme organized online discussions with local high school students who were preparing peace education materials that use VR goggles. The programme brings together government employees engaged in diplomacy and defence across Asia to learn about the atomic bombing and reconstruction of Hiroshima, as well as to acquire skills in negotiations for nuclear disarmament.

One of the foundations of this programme has been to foster commitment to nuclear disarmament by bringing participants to listen to and discuss the testimonies of atomic bomb survivors. However, the average age of atomic-bomb survivors is now over 83. A major challenge – shared by the people of Hiroshima and Nagasaki in Japan – is how to pass down their stories and appeal to the next generation, to hand over their longing for peace.

As one solution, high school students in Fukuyama City, Hiroshima, are attempting to create VR footage in the vicinity of the Peace Memorial Park that includes the hypocentre of the atomic bomb explosion. 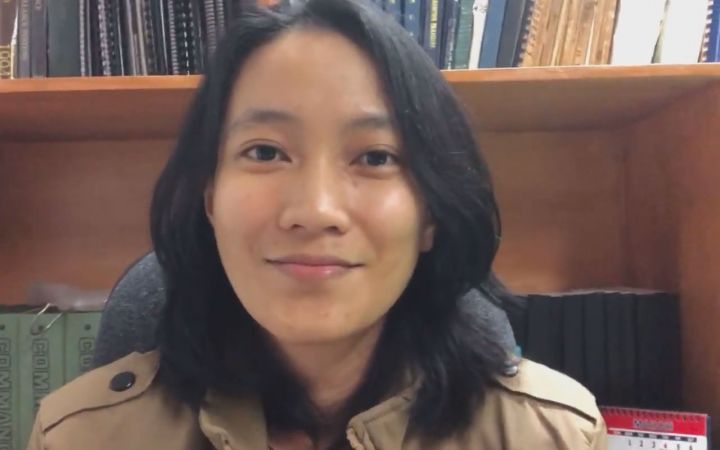 Now a beautifully maintained park, the area before the dropping of the atomic bomb was a busy main street lined with shops and houses. By combining footage of the bustling cityscape and the ruins in flames after the atomic bombing, the students created materials that allow viewers to wear 3D goggles, walk around the area, and compare the current cityscape with before and after the bombing.

For the future, UNITAR is considering inviting trainees to Hiroshima to walk around town wearing VR goggles, so that they can personally experience the magnitude of the damage.

I found it interesting [how] this course showed us two sides of Hiroshima: the devastation and effect of nuclear weapons on the community and its people; and the message of hope and peace that the survivors and the new generation helped spread through disarmament efforts. I hope more people and states come together to join this very inspiring movement.

Learning something is not just the acquisition of skills and knowledge – the resonance between people and personal impact is often the key. We hope that our learning activities will bring people together even more – crossing time and place – through VR technology.