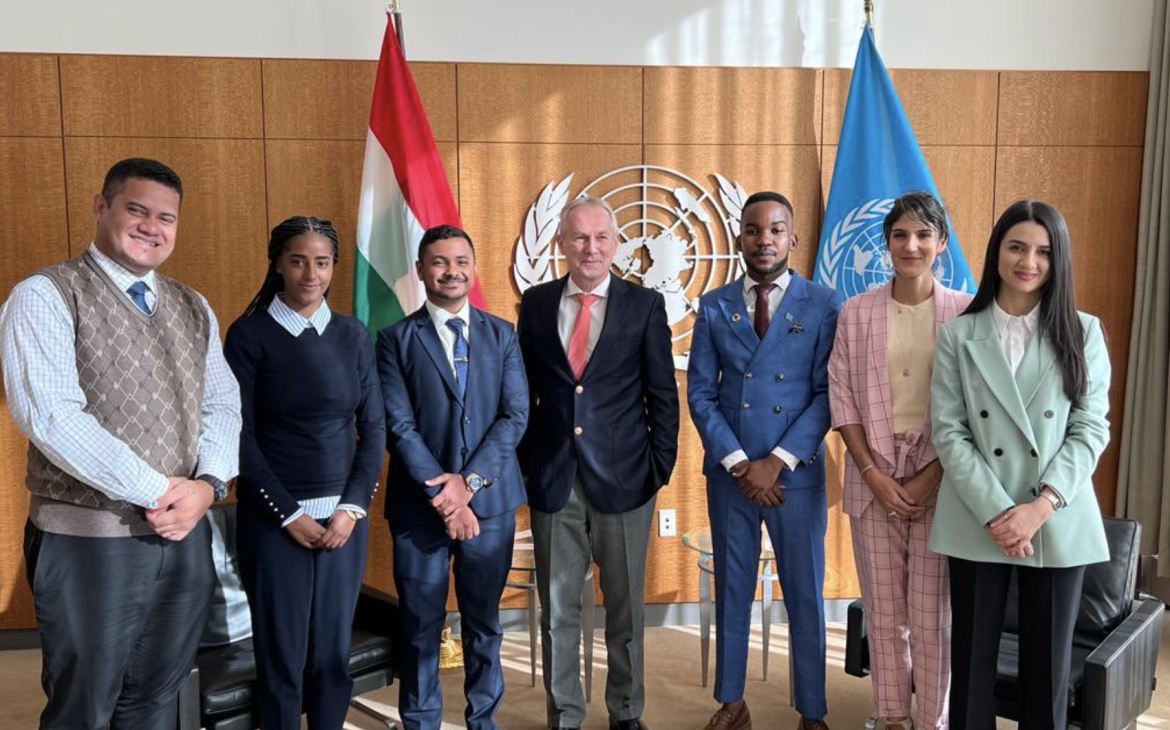 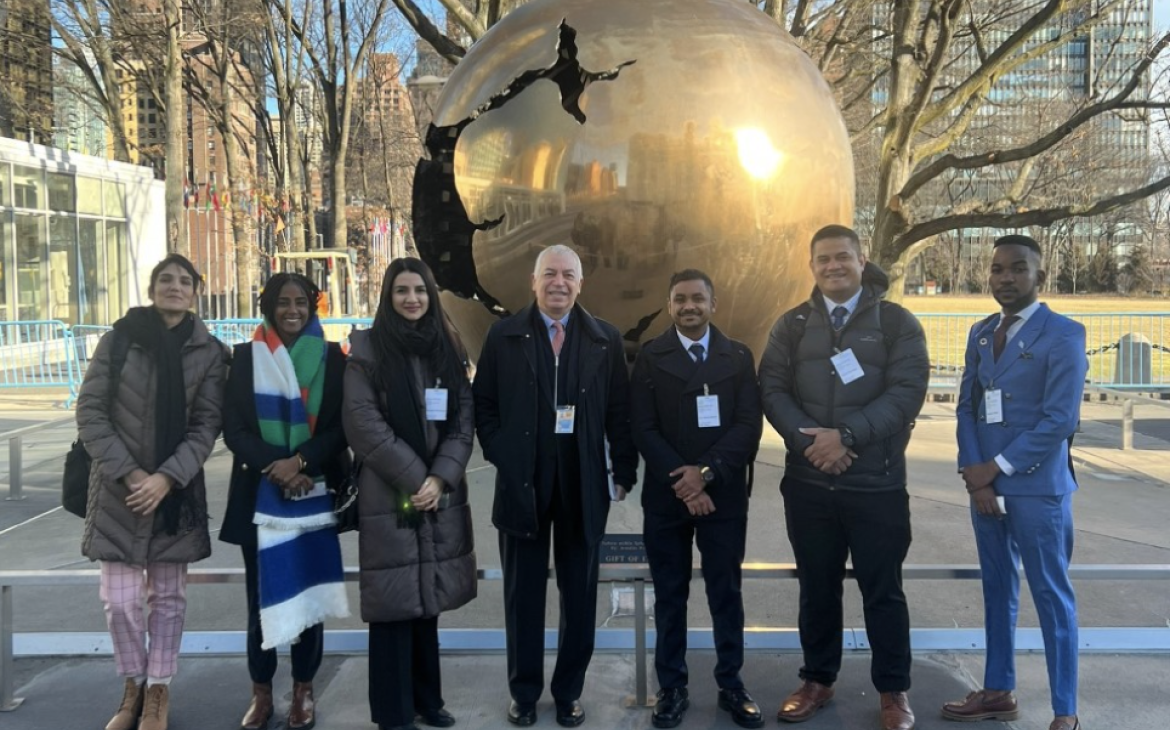 17 January 2023, New York, USA – UNITAR office in New York kickstarts the 2023 PGA Fellowship Programme with a meeting between H.E. Mr Csaba Kőrösi, President of the 77th United Nations General Assembly, and this year’s fellows, who recently arrived in New York to participate in this once-in-a-lifetime experience with the United Nations.

The PGA Fellowship is a flagship initiative of the 76th UNGA President, H.E. Mr Abdulla Shahid — an initiative which H.E. Mr Csaba Kőrösi made sure to carry on during his office as the 77th UNGA President. The Fellowship brings to New York City a small group of young diplomats / civil servants from underrepresented countries at the United Nations, particularly from Least Developed Countries (LDCs), Landlocked Developing Countries (LLDCs) and Small Island Developing States (SIDS), while also ensuring geographical representation and gender balance.

This year, the six fellows chosen by a special selection board from both the OPGA and UNITAR are as follows: Mr Gerard Tuii Anapu of the Independent State of Samoa, Mr Amr Danyal Shamun of the Republic of Maldives, Ms Helene Nathalie Gasaro of the Republic of Rwanda, Ms Syuzanna Martirosyan of the Republic of Armenia, Ms Aime Triana Sevajanes of Cuba, and Mr Mmoloki Tsheole of Botswana. The tedious selection process made sure to prioritize fairness, gender balance, and geographical representation between the small group of fellows. 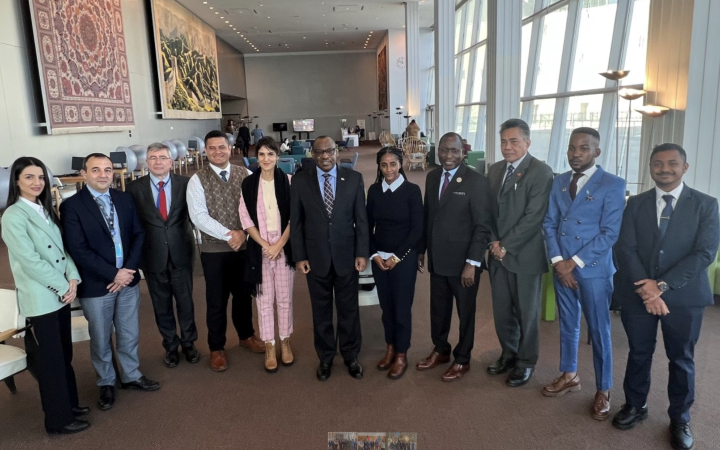 The first meeting of the programme consisted of a warm welcome from President Kőrösi to the fellows and an initial overview, introduction, and briefing of the Fellowship Programme. The fellows were all given a copy of the 77th United Nations Handbook, and H.E. Mr Kőrösi discussed the importance of the fellowship, especially in the context of today’s most pressing global issues. H.E. Mr Kőrösi made sure to brief the fellows regarding security and confidentiality within the United Nations — during the duration of the fellowship, the fellows will be participating in important meetings with high-level UN officials and handling documents and materials that contain sensitive information; in light of this, Mr Kőrösi urged the fellows to showcase loyalty and to not disclose any information that could potentially disrupt any projects or discussions that are taking place within the UN System. To conclude, H.E. Mr Kőrösi discussed the importance of working together as one unit and as a team: “Never focus on what’s dividing us; only on what is connecting us. We are all working and have the same mission.”