UNITAR Concludes Briefing Session for Delegates for The 74th UNGA 2019

11 September 2019, New York – The United Nations Institute for Training and Research (UNITAR), New York Office, in partnership with the Permanent Mission of Singapore to the United Nations, concluded the briefing for the delegates of the UN General Assembly in Conference Room 12 of the UN Headquarters building. The second day of the briefing Session began with opening remarks by Mr. Marco Suazo, Head of the UNITAR office in New York.

After welcoming all the delegates back to the final day of training, Mr. Suazo gave a brief recount of what was discussed on the first day of the training. 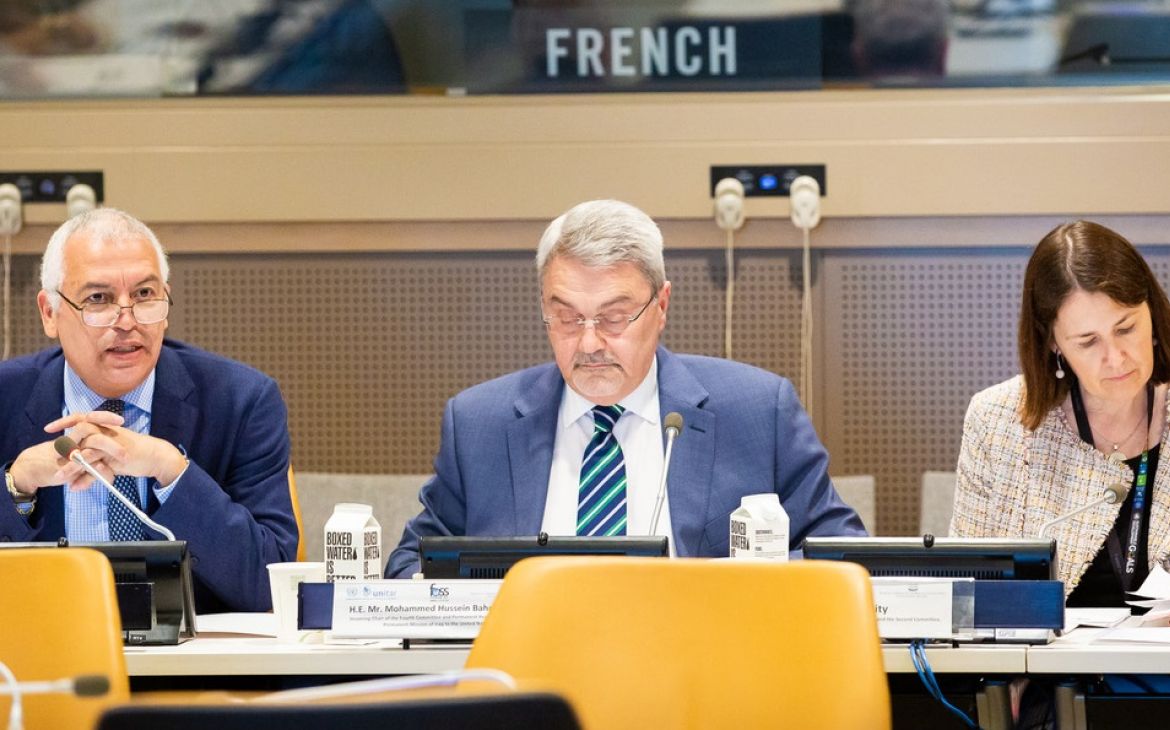 The first speaker of the day was Ms. Blanca Montejo, Senior Political Affairs Officer, Security Council Practices and Charter Research Branch, SCAD/DPA. Ms. Montejo explored and analyzed the key differences between the UN General Assembly (GA) and the UN Security Council (SC). As discussed, the main differences were in the representation, i.e., the GA has full representation and the SC has only 15 members. Also, in the decision-making within the two organs, while the two-thirds majority is needed in the GA, and 9 votes with no veto in the SC; and finally, the scope of what each organ deals with the GA’s scope being much broader than that of the SC. She then went over the main articles of the UN Mandate that outline the differences between the two bodies i.e., articles 10, 11, 12, 14, and 24. Ms. Montejo closed out her presentation by covering the areas of collaboration between the GA and the SC, including the provision of recommendations to the SC by the GA, and the maintenance of international peace and security.

After Ms. Montejo’s presentation, Mr. Kenji Nakano, Chief, General Assembly Branch covered the topic of GA elections. Mr. Nakano began by stressing the importance of elections and the impact on lives. He also explained that the annotated agenda can provide insight on when the elections would occur and the subsequent steps. He explored how certain positions are based on national merit, while others are based on individual merit. Mr. Nakano also tackled the confusing subject surrounding the different majorities needed to pass resolutions in the GA, the simple majority and the absolute majority. The simple majority requires two-thirds of the votes cast and does not take nations abstaining or absent into account. The absolute majority needs two-thirds of every member state, regardless of who abstains from voting. Closing out the morning session, Mr. Nakano covered the voting process, including when ballots are needed and how they are filled out. 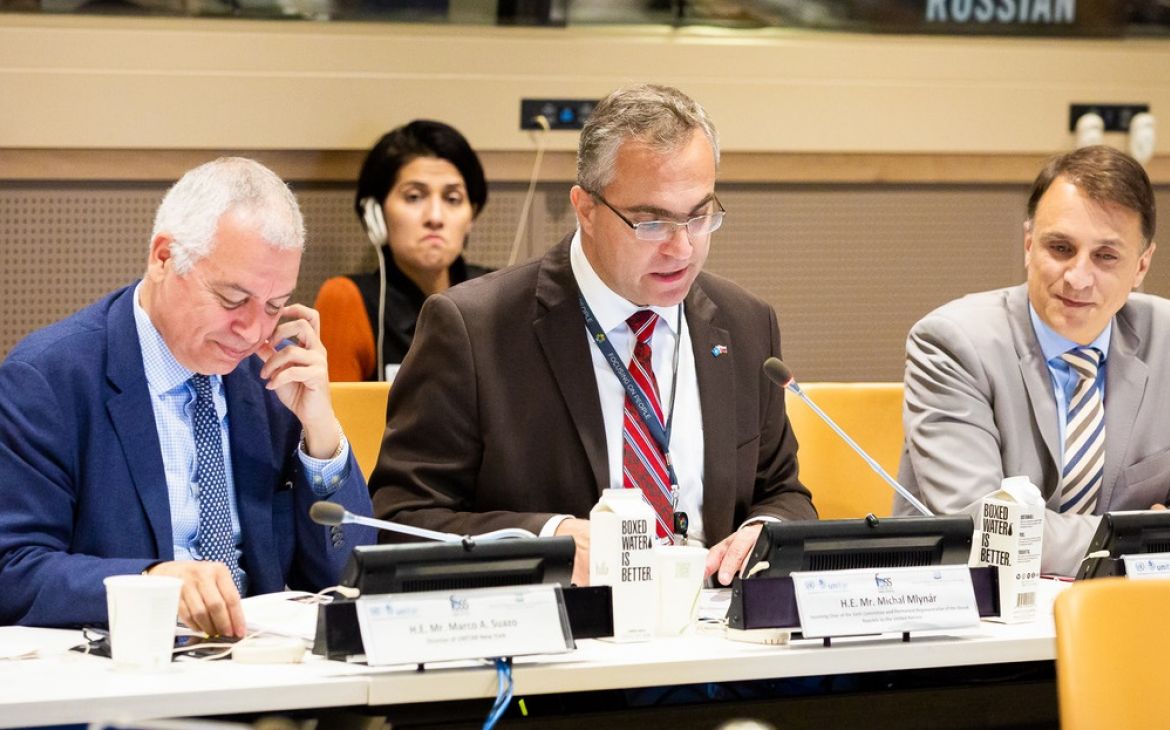 The afternoon session was covered by H. E. Mr. Mohammed Hussein Bahr Aluloom, Incoming Chair of the Fourth Committee and current Permanent Representative at the Permanent Mission of Iraq to the UN, and Emer Herity, Chief of ECOSOC Affairs Branch, Secretary of ECOSOC and the Second Committee, department for the GA and Conference Management, UN Branch, who both spoke on the subject of the Fourth Committee of the General Assembly. H.E. Mr. Hussein Bahr Aluloom began by thanking UNITAR and the Singapore Permanent Mission for setting up the event. He continued to highlight the importance of the Fourth Committee in dealing with issues regarding international peace and security, which he reminded everyone, is the basis behind the creation of the UN. He then explored the seven subcommittees within the Fourth committee including that of decolonization, atomic radiation and peaceful usage of outer space. H.E. Mr. Hussein Bahr Aluloom went over the programme of work for the committee to end his presentation.

Elaborating further on the Fourth Committee, Ms. Emer Herity began by giving a brief history of the committee and the programme of work for the 74th session of the General Assembly. She reiterated the point made by Ms. Sonia Elliot, Secretary of the First Committee, that the First and Fourth Committee share the same resources and must alternate meetings to ensure that both have the resources they need. She finished the presentation on the Fourth Committee by going over the phases of consideration for draft resolutions, starting with the general debates and ending with the action. She also emphasized that certain subjects are grouped together in the general debates in order to maintain efficiency. Finally, she concluded her presentation by saying that the main sources of information are reports given by sub-bodies within the committee and by delegations. 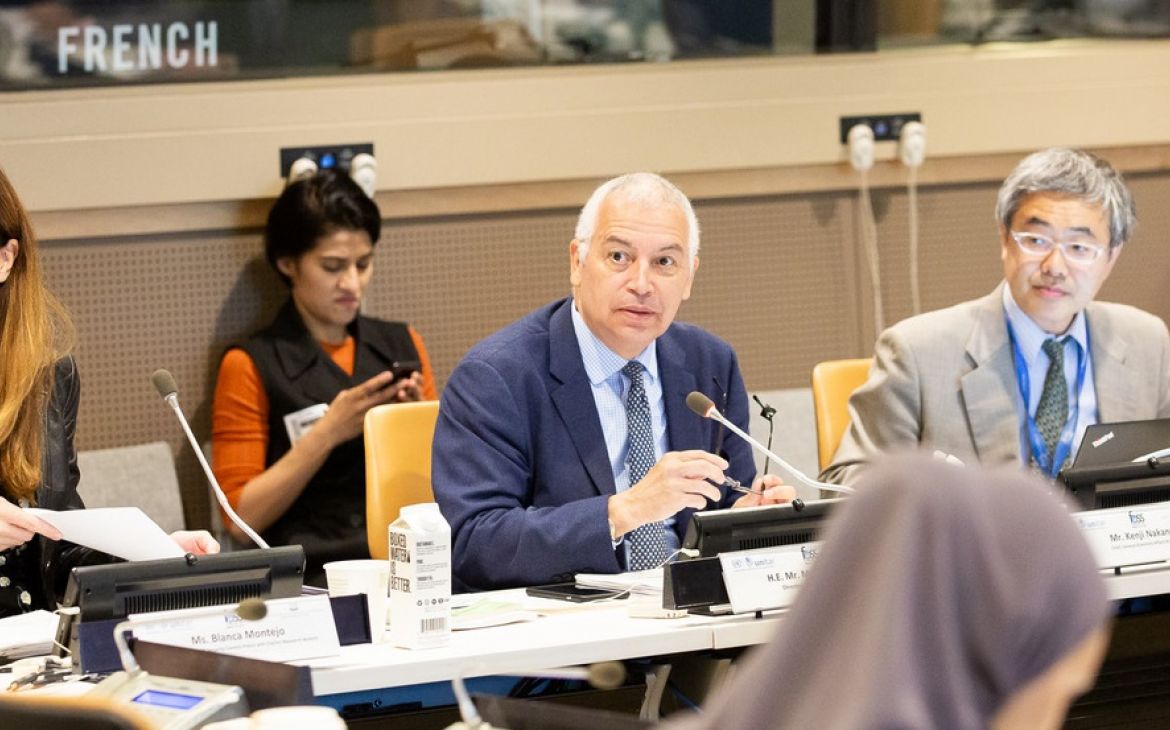 The final committee presented at the briefing was the Sixth Committee. The first speaker was H.E. Mr. Michal Mlynár, Incoming Chair of the Sixth Committee and Permanent Representative of the Slovak Republic to the United Nations. H.E. Mr. Mylnár began by addressing the usefulness of the UNITAR programs, explaining that he attended one when he was first started at the UN and it helped him tremendously in his career. He also stressed that, although the Sixth Committee is considered the legal affairs committee, being a lawyer is not a requirement to work there. Operating by consensus, the role of the Sixth Committee is to increase the importance and relevance of rules-based order; it is the primary committee in keeping with international law. He finished by outlining the agenda for the committee and explaining how they discuss draft resolutions. Mr. Arnold Pronto, a Principal Legal Officer in the Codification Division of the Office of Legal Affairs of the United Nations, was the next presenter who spoke on the Sixth Committee. Mr. Pronto restated that most decisions taken by the committee are taken by consensus, not by vote. Due to the nature of actions taken, the debates surrounding draft resolutions tend to be lengthy. He then went through the agenda for the session, briefly outlining the weeks following the first meeting of the committee. He finished the discussion on the Sixth Committee by listing the possible items which may be discussed by the sixth committee including crimes against humanity; issues of statehood and sovereignty; the refugee crises and administration of justice which are allocated to both the Fifth and Sixth committee.

Following the discussion of the committees, Mrs. Elina Pekler, Chief of the English Interpretation Section, and Mr. Francisco García Hurtado, an interpreter for the Spanish Interpretation Section of the Department for General Assembly and Conference Management, explained the role of an interpreter to the debates and meetings of the General Assembly. They began by showing a video to the delegates that demonstrated speaking guidelines that will help the interpreters accurately interpret what is being said. They stressed the importance of interpreters to hear the speakers, in order to ensure that nothing is lost in interpretation. 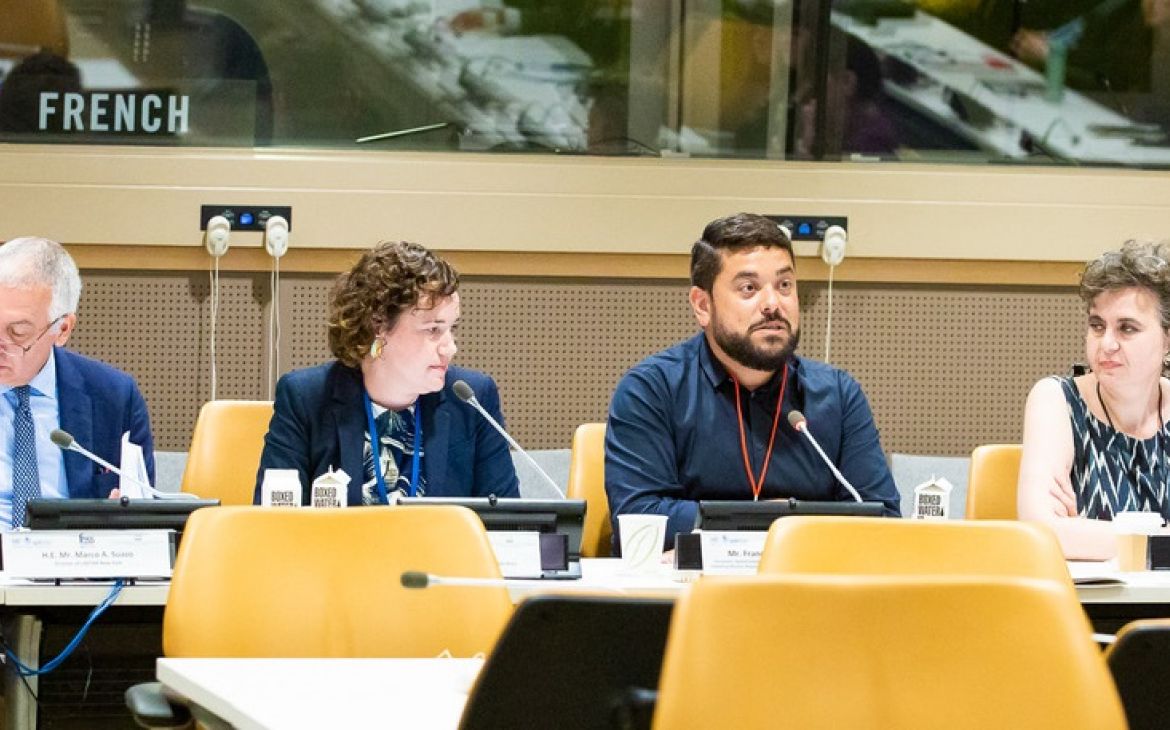 The final speaker in the briefing was Ms. Susan Goard, Law Librarian/Training Coordinator, Dag Hammarskjold Library. Ms. Goard spoke to the new delegates about various tools that they can use in research that are available through the Hammarskjold Library. While documents that were published prior to 1993 may not have an electronic file, delegate can ask the library to provide a copy. Available in all six official languages of the UN, the library offers many helpful services for finding various documents published for the UN.

To wrap up this event, Mr. Marco Suazo expressed his gratitude to the attendees of the 74th UNGA briefing, thanking delegates, panelists and the Missions for their willingness to engage in the learning activity in order to understand the GA better. The briefing session ended on a high note as many delegates testified of the usefulness of the presentations and a better understanding of the Committees of the General Assembly.