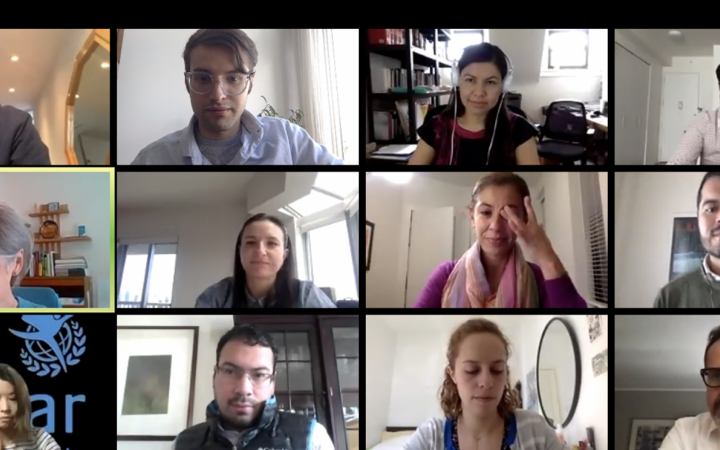 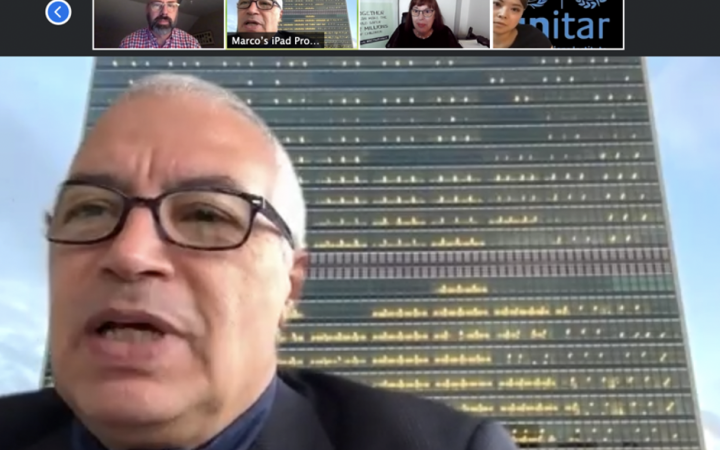 The six-day training included a comprehensive list of content that covered multiple topics related to the work of the Security Council delegates. To ease into the topic, the first day of training predominately focused on introductory content. In the morning of 5 October, Mr. Marco Suazo, Head of UNITAR Office in New York delivered a warm welcome remark for the delegates joining both from New York and their capital. Following the opening remark, Ms. Loraine Sievers, the Former Chief of the Security Council Secretariat Branch and co-author of The Procedure of the UN Security Council introduced the council working methods to the participants. Dr. Angel Angelov, the UNITAR facilitator then continued the presentation with an introductory of the Security Council and its role in the UN System.

The second day was a full-day training that packed with different content and materials To facilitate the participants’ knowledge on their experience serving on the council, H.E. Mr. Karel Van Oosterom, the former Permanent Representative of the Netherlands to the United Nations shared his insights and some practical advice for navigating life while serving working on the Council matters. The morning training continued with Mr. Bojan Stefanovic, the Political Affairs Officer who provided a detailed introduction on the Security Council Practices and Charter Research Branch. After a short lunch break, Ms. Sievers took over the afternoon session with an overview of different meeting formats, and specially introduced the conduct of formal meetings for the delegates. 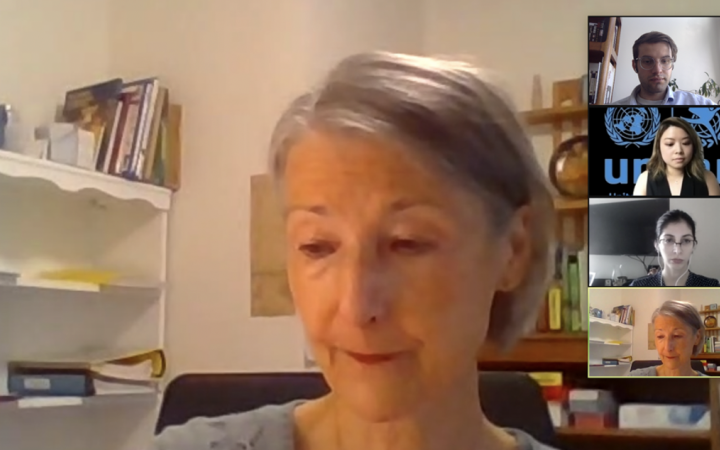 Following up with what was covered on the second day, the training continued with the formats on the informal meeting. Afterwards, Ms. Sievers mentioned the working methods related to peacekeeping. During the training, she also covered documents created by Council members and the importance of these documents for the delegates working on the subject matter. The latter parts of the training focused on preparing for and conducting the presidency, and interface with sanctions committees, peacekeeping operations, peacebuilding commission and lastly, the General Assembly as a whole. The fourth and the fifth day of training reflected the topics mentioned. Ms. Sievers continued with council documentation and knowledge on preparing for and conducting a successful presidency. Her experience and insights gave participants confidence to succeed in their work.

The fifth day of training covered some different topics related to interface with sanction committees, peacebuilding commission and most importantly, the General Assembly. Mr. Kenji Nakano, the Chief of General Assembly Affairs Branch followed immediately with an explanation on the relationship of the Security Council to the General Assembly. Afterwards, Mr. Davey McNab, the Senior Political Affairs officer, offered a detailed explanation on the subsidiary organs of the Security Council and their responsibilities and functions. 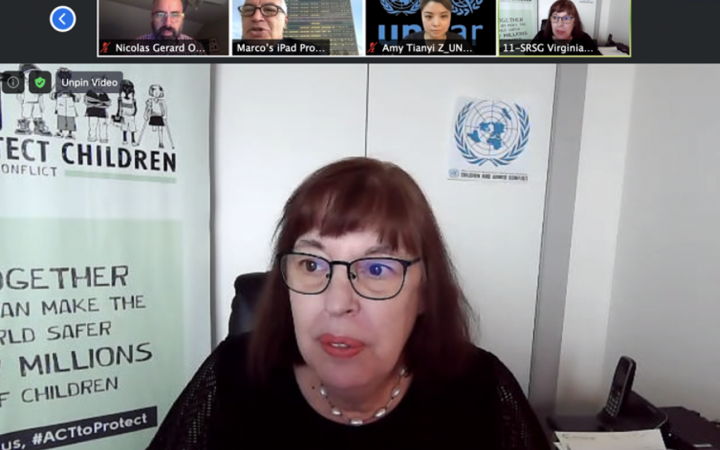 The last part of the training gave a special emphasis on children and armed conflict (CAAC) introduction and mandate. Ms. Virginia Gamba, the United Nations Special Representative for Children and Armed Conflict delivered the welcome remarks and introduction for the last day’s event. Serving as the leading UN advocate for the protection and well-being of children affected by armed conflict, the existence of the CAAC highlighted the disproportionate impact of war on children and identified them as the primary victims of armed conflict. The event then oved on to Mr. Nicolas Gerard, the Chief of the Monitoring and Reporting Unit, along with his presentation on the CAAC mandate. The technical presentation introduced the definition of six grave violation affecting children in times of conflict, and his insights have benefitted those who will be serving in the first committee, and those whose works are closely related to peacekeeping and peacebuilding missions.

After the presentation, the closing remarks were delivered by Mr. Suazo. The extremely interactive training series increased the delegates’ familiarity towards their work, and equipped them with necessary knowledge and skills to tackle the challenges that they might face while working on the Security Council related issues. The training series was well-received by the Mexican delegates, and positive feedbacks were reflected in the comments.