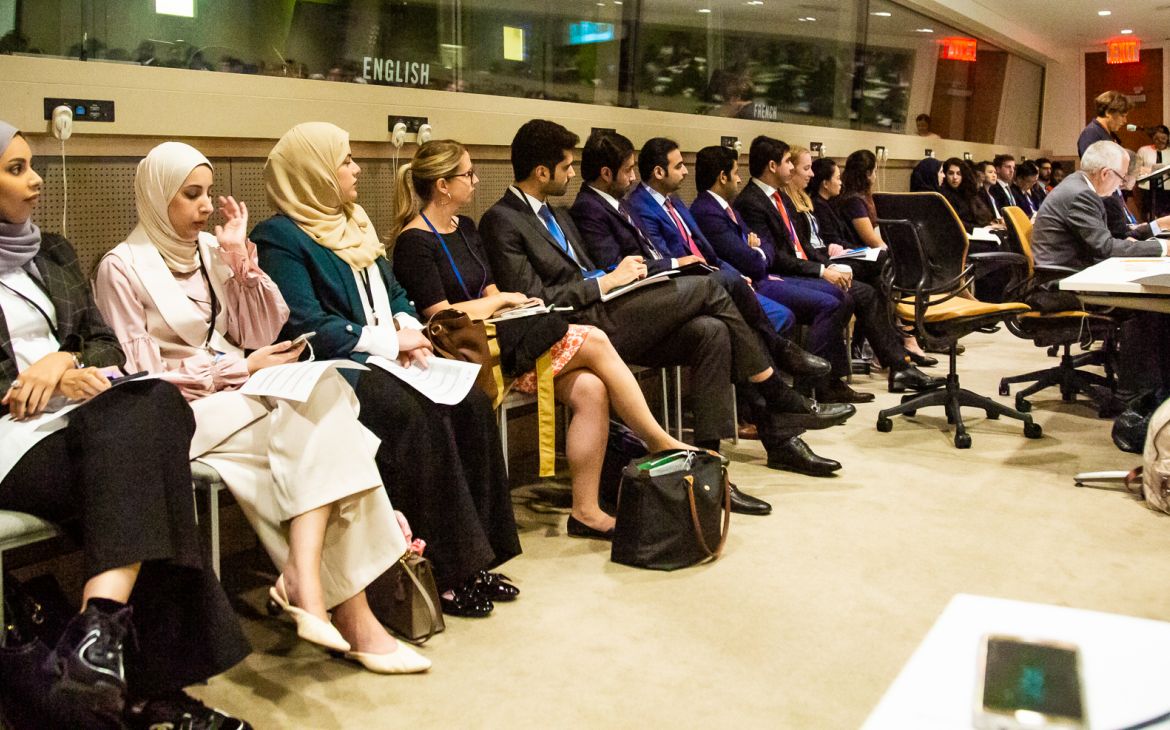 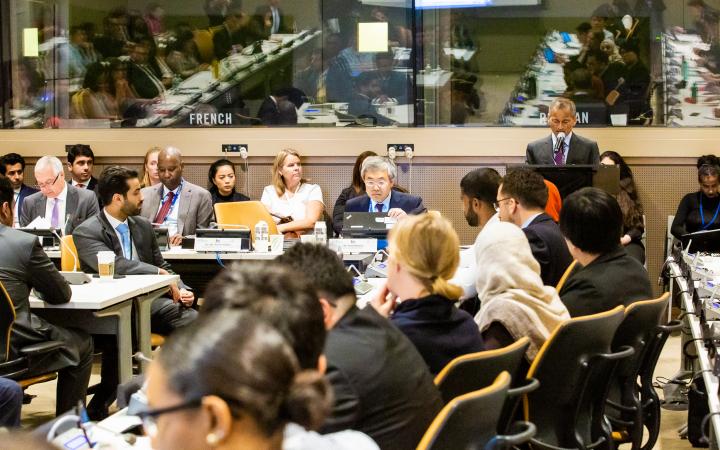 The briefing for the new delegates of the 74th session of the United Nations (UN) General Assembly (GA) began on September 10 and was organized by UNITAR in partnership with the Permanent Mission of Singapore to the UN. It commenced with a welcome speech and introduction of delegates as well as panelists by UNITAR Head of New York Office, Mr. Marco Suazo. Following this, the Permanent Representative of Singapore H.E. Mr. Burhan Gafoor thanked UNITAR for helping run the training for delegates. Next, President-Elect of the 74th Session of the General Assembly stressed to the audience that no one person or nation within the UN is small nor large as every state needs the support of fellow members in order to pass anything through the UN.

Following a speech from Ms. Ruth De Miranda, Director of General Assembly and ECOSOC Affairs Division (GAEAD), who provided an overview of what the GAEAD does, including technical and secretariat support for the committees of the General Assembly, the Qatar Diplomats received their first training of day administered Mr. Kenji Nakano. Mr. Nakano gave an overview of the 74thSession of the GA, the dates of the session, and passing a resolution. Ms. Tomoko Iwata, Secretary of the Credentials Committee and Legal Officer at the Secretariat, United Nations. who spoke to the delegates about the rules and procedures of the General Assembly. Afterwards, Ms. Deidre Durrance and Ms. Tong-Maywald Xin covered conference services, meeting management and documentation with the help of Mr. Rodrigo Larranga Romero, Ms. Bell Chi Yuan Yeh, and Mr. Rukshan Perera. Next, the Qatar delegates were intimated on the relationship between the Economic and Social Council and the General Assembly by Ms. Marion Barthelemy, Director, Office of Intergovernmental Support and Coordination for Sustainable Development, Department of Economic and Social Affairs, and Emer Herity, Chief of ECOSOC Affairs Branch, Secretary of ECOSOC and the Second Committee, department for the GA and Conference Management, UN Branch. The Third Committee was covered by H.E. Mr. Christian Braun, Incoming Chair of the Third Committee and Permanent Representative of Luxembourg to the UN, and Mr. Ziad Mahmassani, the Secretary of the Third Committee. Mr. Mahmassani also discussed the tools of the committee website, the eDeleGATE portal, and the web-app. 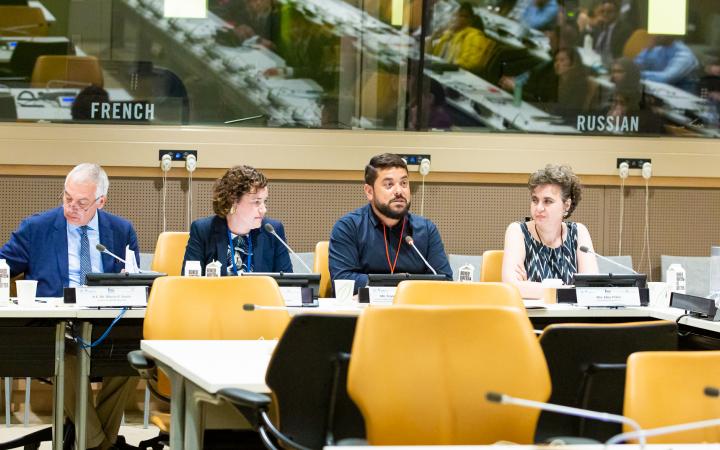 On the third day of the training, Ms. Blanca Montejo, Senior Political Affairs Officer, Security Council Practices and Charter Research Branch, SCAD/DPA, explored and analyzed the key differences between the UN General Assembly (GA) and the UN Security Council (SC), while Mr. Kenji Nakano, Chief, General Assembly Branch covered the topic of GA elections and the voting process. H. E. Mr. Mohammed Hussein Bahr Aluloom, Incoming Chair of the Fourth Committee and current Permanent Representative at the Permanent Mission of Iraq to the UN, highlighted the importance of the Fourth Committee in dealing with issues regarding international peace and security, while Ms.Emer Herity, Chief of ECOSOC Affairs Branch, Secretary of ECOSOC and the Second Committee, department for the GA and Conference Management, UN Branch,explored the Fourth Committee of the General Assembly. She gave a brief history of the committee; the programme of work for the 74th session of the General Assembly and the phases of consideration for draft resolutions. H.E. Mr. Michal Mlynár, Incoming Chair of the Sixth Committee and Permanent Representative of the Slovak Republic to the United Nations. H.E. Mr. Mylnár began by stressing the fact that, although the Sixth Committee is considered the legal affairs committee, one does not have to practice law. Operating by consensus, the role of the Sixth Committee is to increase the importance and relevance of rules-based order. He also outlined the agenda for the committee and discussed draft resolutions.

Mr. Arnold Pronto, a Principal Legal Officer in the Codification Division of the Office of Legal Affairs of the United Nations also presented on the Sixth Committee focusing on debates surrounding draft resolutions and the agenda for the session. Mrs. Elina Pekler, Chief of the English Interpretation Section, and Mr. Francisco García Hurtado, an interpreter for the Spanish Interpretation Section of the Department for General Assembly and Conference Management, who explained the role of an interpreter to the debates and meetings of the General Assembly. The final speaker in the briefing was Ms. Susan Goard, Law Librarian/Training Coordinator, Dag Hammarskjold Library who spoke to the new delegates about various tools available for use in their research and at the Hammarskjold Library. 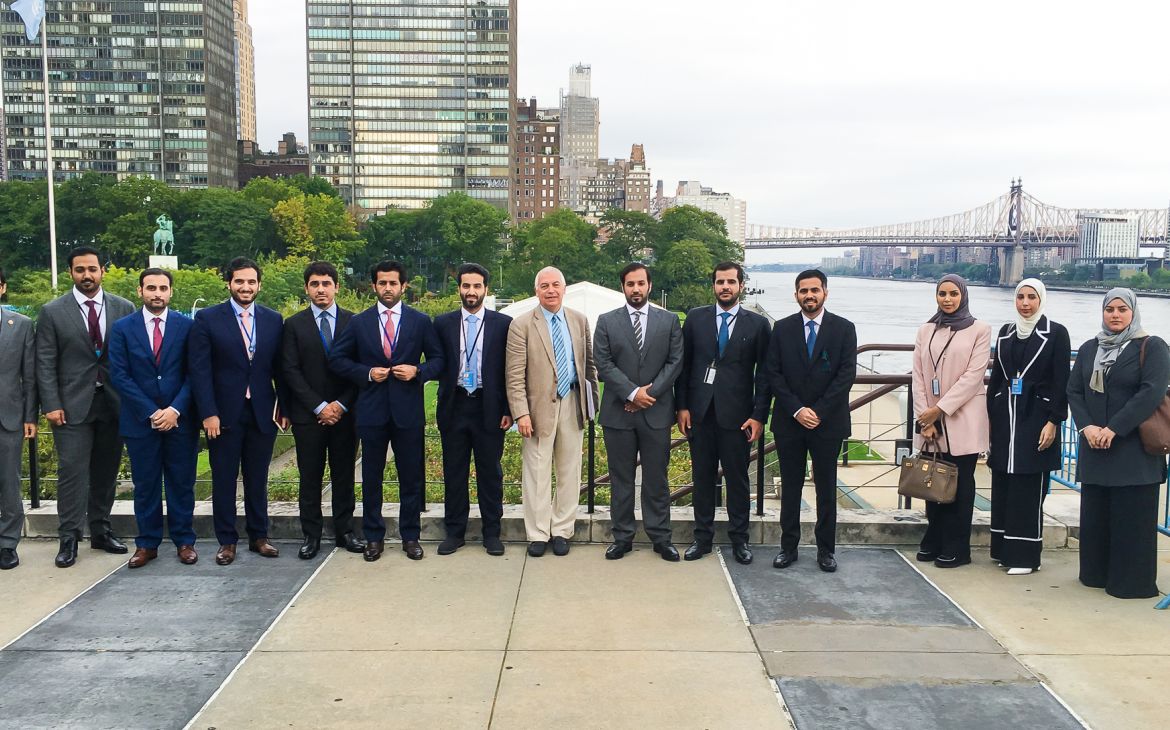 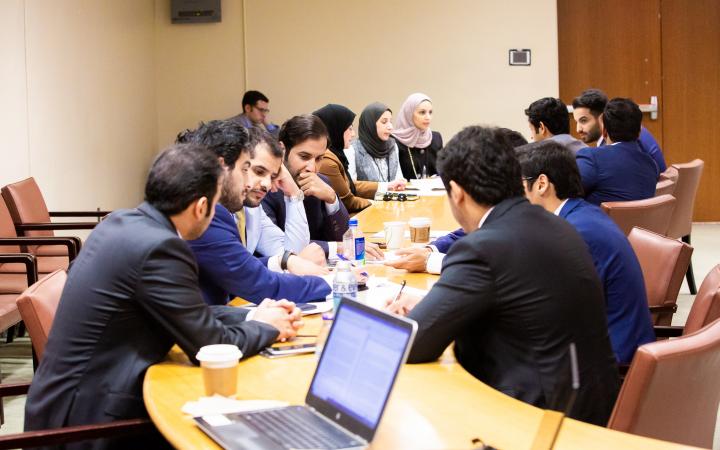 On the 12 September training, UNITAR Head of office for New York, Mr. Marco Suazo began with opening remarks and introduction of the morning session course facilitator, Ms. Jelena Pia-Comello, Former Deputy Executive Director, WFM-IGP, International Coalition for the Responsibility to Protect and Former DPR, Andorra. Ms. Pia-Comello began with an overview of Responsibility to Protect (R2P), which included its history and the three pillars of the coalition. She spoke about mainstreaming R2P within the UN system; expanding upon the role R2P played within the UN and how it could be more effectively utilized. Presentations on the role of R2P in the UN system transitioned smoothly into an explanation on the implementation of R2P on the international, regional and national levels. Ms. Pia-Comello explored the early-warning mechanisms that may forecast a breach in human rights and discussed preemptive actions from the international community which could forestall these occurrences. She closed out her presentation by examining the relationship between R2P and the UN Security Council (UNSC), as well as the Security Council’s ability to use peacekeeping operations to protect civilians whose government is unable to offer protection. 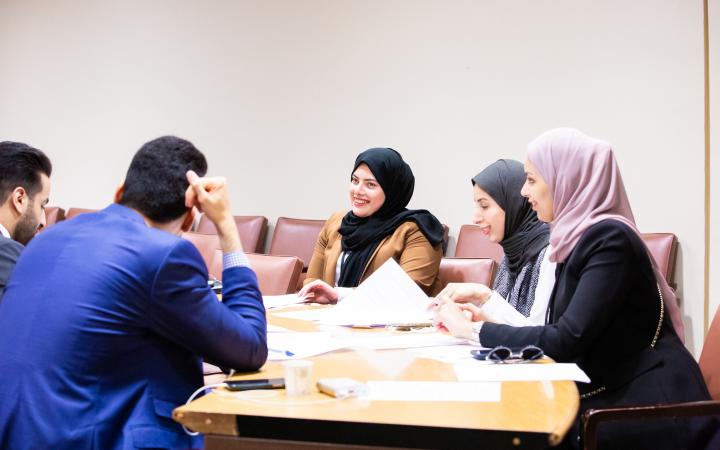 Mr. Suazo also opened the afternoon session, which then was facilitated by Amb. Ion Botnaru, former Director of the General Assembly and ECOSOC Affairs Division of the UN Secretariat. Amb. Botnaru engaged the diplomats in a short discussion on the rules and procedures of the UNGA. Within the discussion, Amb. Botnaru stressed the importance of having the most recent version of the PGA Handbook: A practical guide to the United Nations General Assembly. He also covered the uses of the UN Journal, specifically the online version, which provides meeting schedules and reports on past meetings. Remarkably, Amb. Botnaru offered several examples from his experiences in the UN; covered the practical use of the rules from a diplomat’s perspective; advised on the most effective communications options within the system as well as methods for diplomats to advantageously utilize the existing rules.

The final day of the training for the Qatari diplomats saw presentations by Dr. Guido Bertucci, President, Governance Solutions International, and Dr. Aldo Civico, Founding Partner and CEO, CIVICO Group, who covered the topics of Diplomatic Negotiations, Conflict Resolution, andCommunication. Dr. Civico began the day by asking the diplomats what they wanted to gain from the training. He then proceeded with an exercise in order to prove that the questions a diplomat asks while discussing a conflict heavily influence the goal and outcome of the discussion. In the final session of the day, Dr. Bertucci focused on Negotiation and Mediation simulations which had the delegates split into different groups representing various African regions as well as the Organization of African Union (OAU). Through this simulation resolving violent conflicts and achieving the best negotiation outcomes were thoroughly explored. Overall, through Dr. Civico and Dr. Bertucci’s course, the delegates examined their weaknesses and strengths in the face of conflict; practised the art of listening and communicating effectively during negotiations; how and when to involve third parties during negotiations (Lawyers, Mediators; Agents, etc.); approaches to agreements which would lead to conflict resolutions and the work of observers in the mediation processes. 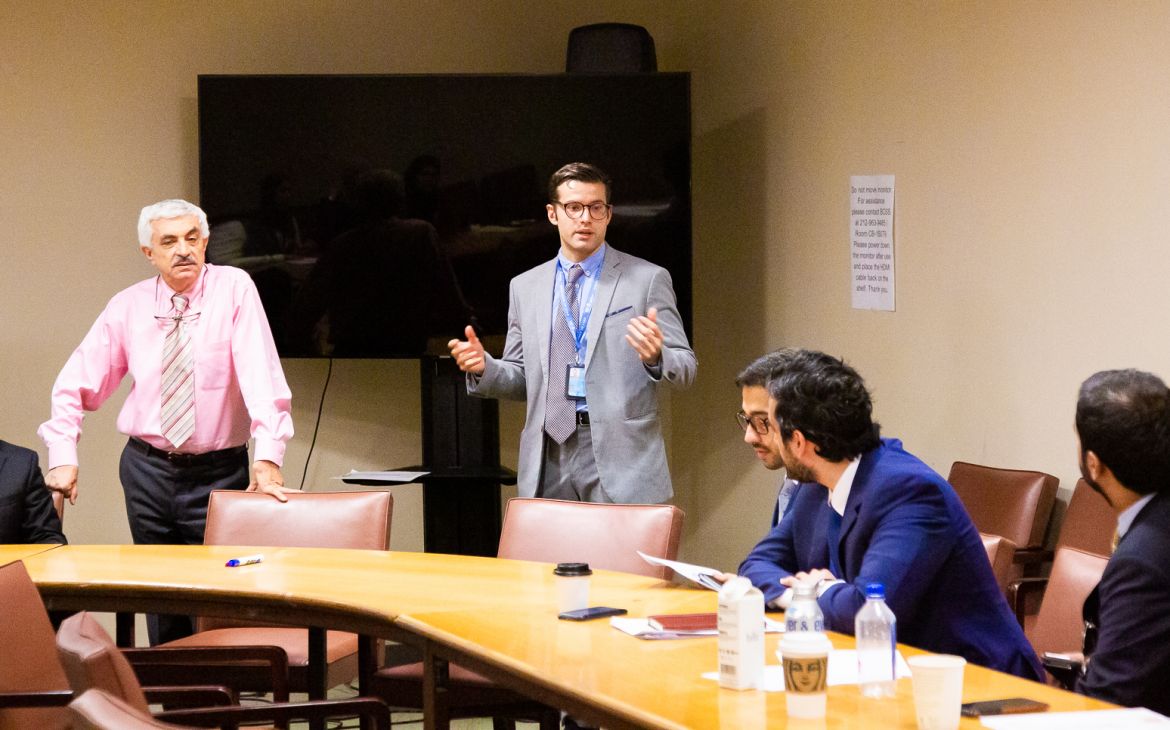 Mr. Pelayo Alvarez closed out the Qatar induction training by thanking all the delegates for their willingness and dedication during the course and wished them all success in the diplomatic work ahead of them. On behalf of UNITAR, Mr. Pelayo expressed deep gratitude to the course facilitators and commended their efforts on developing necessary and engaging simulations which were very beneficial for the learning experience of the Qatar delegates. Finally, the delegates thanked UNITAR for organizing this induction training. 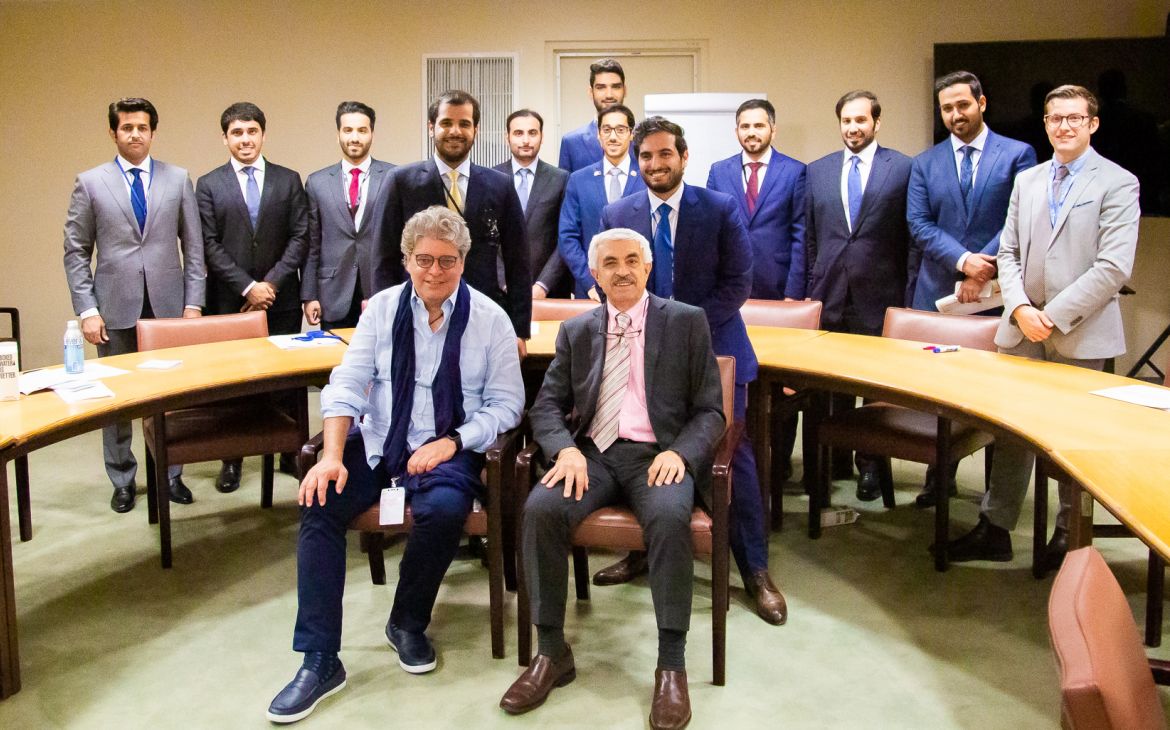