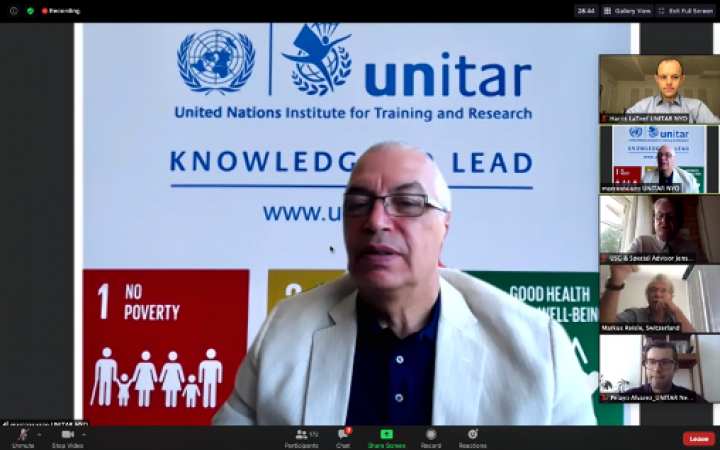 The session began with the welcome remark delivered by Mr. Marco Suazo, the head of office of the UNITAR New York office. He welcomed the delegates that were joining the session virtually from different parts of the world, and he expressed his gratitude towards colleagues from the UN DESA and the Permanent Mission of Switzerland for their assistance in the preparation of the event. Mr. Jens Wandel, the UN Under Secretary-General, Special Advisor to the Secretary-General on Reform who was also the moderator of the second module, took the floor after the welcome remarks. He continued the training session with his speech on ‘an overview of the UN Reforms – where we are and where we are going.’ 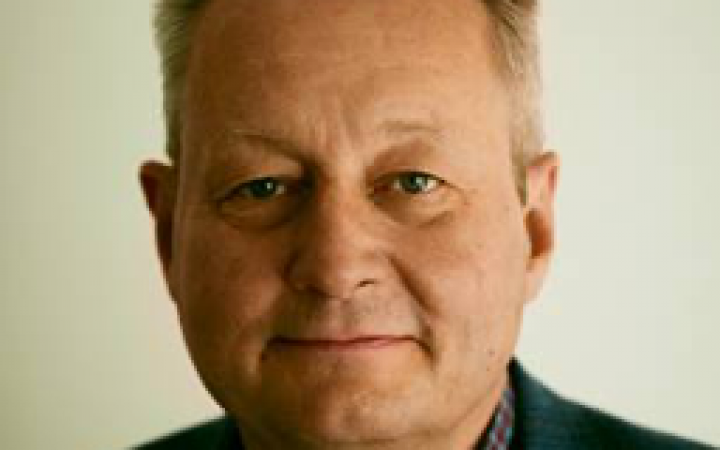 Mr. Wandel explained that the UN reform was built on three streams: development, peace and security architecture, management development. These three streams, or in other words, pillars, are dependent upon each other. The reform is solution-driven, and it addresses the existing fragmentations, especially in the peace and security architecture. The reform process has already achieved two milestones, organizational restructuring and the UN Development System repositioning respectively, and it is currently working on the operational integration – a milestone to establish common business operations and common premises. Mr. Wandel then moved on to providing the in-depth explanations on the benefits on the reform process. He emphasized that the key benefit of UN reforms stems from common business operations, but there are also risks involved such as the limited resources, weak ability to identify and publish organizational capacity among others. At the end of his session, Mr. Wandel reflected over ways – both in substances and on effectiveness - that will make the UN reform continue to deepen and deliver benefits 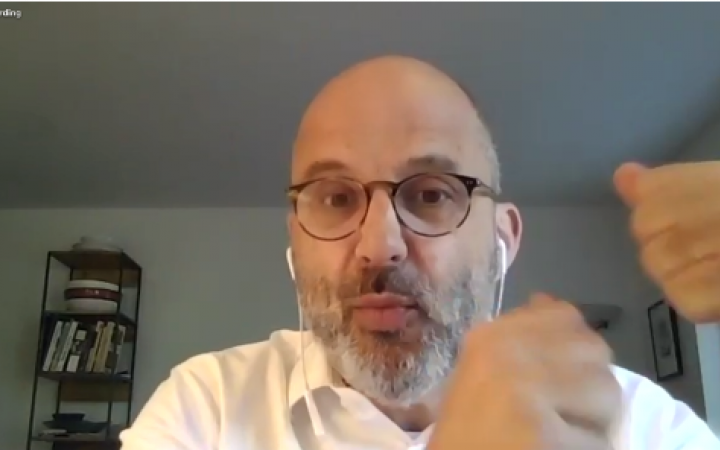 The second module moved on to its second speaker, Mr. Robert Piper, the Assistant Secretary-General, and Director, UN Development Cooperation Office. Mr. Piper offered an elaborative panel on the topic of “Key elements of the UNDS reform, and the relationship between the parts: what has changed and what is still needed.” As a key component of the 2016 QCPR process, Mr. Piper started his session with a summary on the achievements and the legacy of the 2016 QCPR. The 2016 QCPR set the foundation for the 2030 Agenda, and it required the UN development system to be more “strategic, accountable, transparent, collaborative, effective, efficient and result-oriented.” To achieve these goals, Mr. Piper moved on to topic on the UN development business model – an integrated financial and collaboration framework that established for the purpose of facilitating the 2030 Agenda. After explaining the mechanism of the business model, Mr. Piper offered a detailed overview of the current situation of the UN development system reform. From the transition of the RC system to the Secretariat to the system-wide strategic document, Mr. Piper’s elaborative explanation offered participants a systematical understanding on the reform process of the system, leadership, and the country level. He then gave a trajectory of success, and the signals of change. Towards the end, he listed out some actionable responses that directly answer to the current COVID-19 situation such as strong leadership and high level of integration. Mr. Piper’s punctilious session helped participants understand the situation of the resident coordinators, and how do they directly contribute to the Member States. Most importantly, he offered insights on how the reform process influenced and reshaped the development system and vice versa. 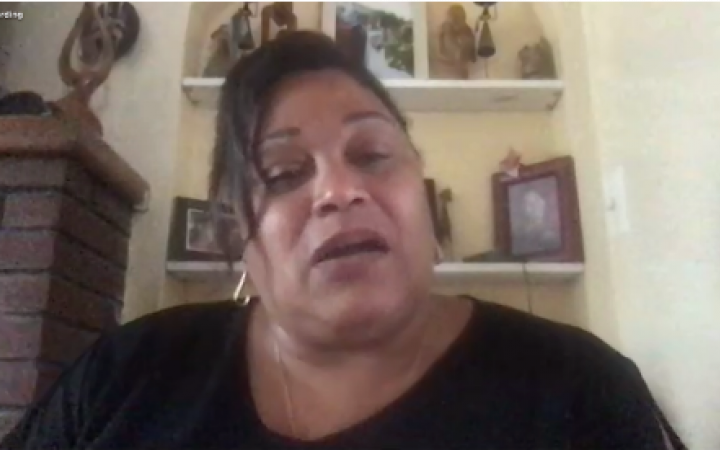 The following section ‘The 2016 QPCR: what were the objectives and approaches from the point of view of delegates who negotiated the resolution, and what have we learned?’ featured the delegates from both the Global South and Global North. Ms. Marguerite Sebastian from the Permanent Mission of the Republic of Maldives to the United Nations described her experience with the development system as a delegate from the Global South. She highlighted the challenges that she and her fellow colleagues were facing, and one of the main challenges was the to understand the nuances of the development system. Due to the lack of information, the delegates were longing for clarities. Ms. Sebastian urged the UN to come back to the resident coordinator and to work together on applying the resources from the UN in a more efficient manner. 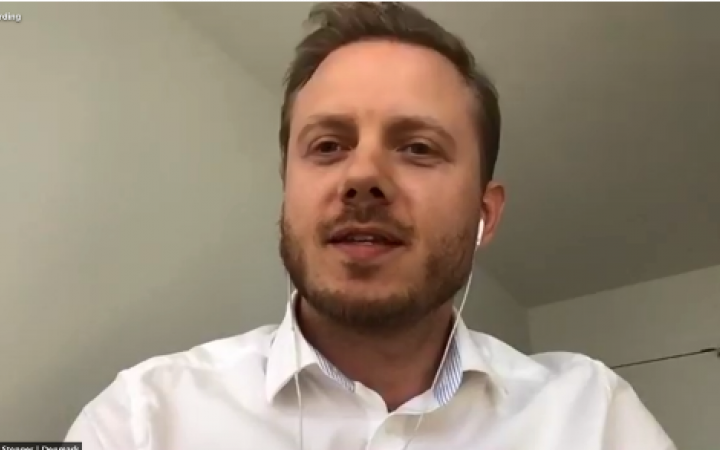 Mr. Casper Stenger, counsellor of the Permanent Mission of Denmark, continued with his perspective as a member form the Global North. He concluded the lessons learned from the 2016 QCPR process. He also offered three suggestions to guarantee the success of 2020 QCPR process: start learning about the 2020 QCPR framework as early as possible, start reaching out to other groups as soon as possible, to learn about delegates and Member States’ expectations for the QCPR as soon as possible, and last but not least, to consolidate the negotiation team in the earliest advance with high degree of flexibility. 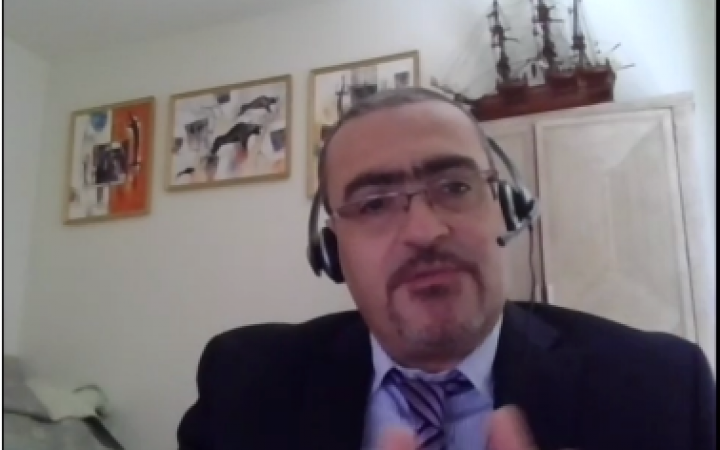 Mr. Ramiz Alakbarov, Deputy Executive Director of the United Nations Population Fund (UNFPA) was the last panelist for the second module. His presentation was on the impact of the UN reform for UN agencies, funds and programmes: business models for country support. Using data generated from UN Development System reform implementation survey, he offered a unique insight on the engagements of the resident coordinators with their local offices, UN cooperation framework, and the joint funding and common business operations. He mentioned that to carry forward the reform, an enhanced resident coordination engagement strategy is needed, and the support to the staff needs to be strengthened. To conclude the presentation, he analyzed three lessons directly learned from the data feedback: focus on high impacts intervention, enable tailored solutions, and finally, stronger coordination and partnership.

After the panels, the module moved on to a virtual ‘Davos-Style’ Q&A session. Mr. Wandel moderated the Q&A session and invited the panelists to answer the questions and addressed the concerns from numerous delegates coming from a wide range of Member States. Questions such as the COVID-19’s influence on the QCPR’s negotiation process, how the resident coordinators can promote technology inclusions in programme countries, and the core funding’s reaction to emergency situations were answered in detailed by the panelists. A wide range of topics were discussed including but were not limiting to the roles of technologies in bridging the gaps of inequalities, and the Global Sustainable Development Report (GSDR) and its application in programme countries.

The second module ended with a closing remark from Mr. Markus Reisle, the counselor from the Permanent Mission of Switzerland. He concluded the direction for moving forward in a precise wording as to “connect what matters to what works and share what works with the delegates.” He also invited the participants to follow up with the QCPR training series, as the third module will be coming up in early July.

The second module channeled the results of the recent operation activities segment that took place in May, and provided a bird’s eye view and interactive discussion of how the UN development system is responding to the guidance of Member States under the twin resolutions on the 2016 Quadrennial Comprehensive Policy Review and the UNDS repositioning, to support the delivery of the 2030 Agenda in the context of the increasingly diverse needs, capacities and priorities of programme countries.