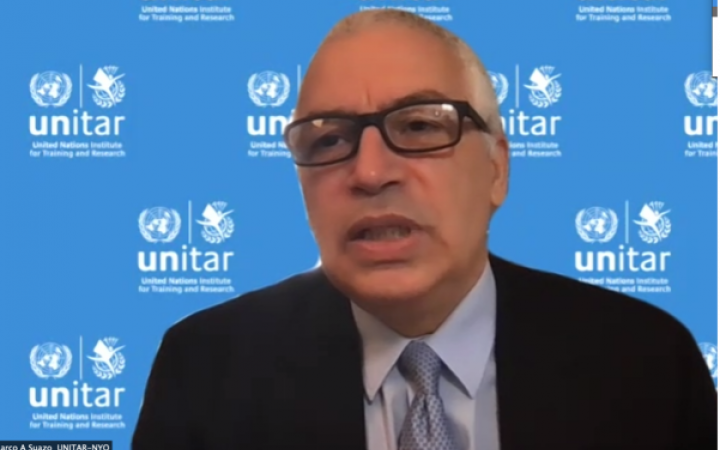 9 February 2021, New York, USA - The United Nations Institute for Training and Research New York Office (UNITAR NYO) and the Peacebuilding Commission Office (PBC) hosted the first day of the Induction Course for the Members of The United Nations Peacebuilding Commission on 9 February 2021. It took place in an online format, attracting over 75 delegates. H.E. Mr. Marco Suazo, Head of UNITAR New York Office, opened the induction course with a warm welcome to delegates and expressed his gratitude to the speakers as well. After a brief introduction of the course, he passed the floor to the first panelist, Ms. Katerina Limenopoulou, Chief of the Peacebuilding Commission Support Branch.

Ms. Limenopoulou gave an overview of the evolution of the PBC mandate since 2005, referring to the landmark twin resolutions of 2016 as well as the most recent 2020 twin resolutions that call upon the Commission to continue strengthening its advisory, bridging and convening roles in support of nationally owned peacebuilding priorities. She described different types of PBC engagements and associated outcome documents and summarized recent efforts, in line with the aforementioned resolutions, to strengthen PBC partnerships with regional and sub-regional organizations, IFIs, private sector and civil society. She explained that highlights in 2020 included strong multi-partner support for peacebuilding in Burkina Faso; a unique form of PBC engagement in Colombia with women former combatants and survivors; an innovative PBC engagement in the Great Lakes region designed by women in the region for women in the region; the presentation of a roadmap prepared by Sierra Leone which helped enhance awareness about ongoing efforts to consolidate national reconciliation and social cohesion; mobilization of further support for Somalia’s National Development Plan and its National Reconciliation Framework; and mobilization of resources in support of the Sustainable Development Goals in Papua New Guinea. She also explained that recent approval of an action plan to fast track progress in the implementation of the Commission’s gender strategy, which was approved in September 2016 and was reviewed in 2020, is another success which DPPA is looking forward to continuing supporting, in line with the recommendations of the record number of women peacebuilders who briefed the PBC in 2020. 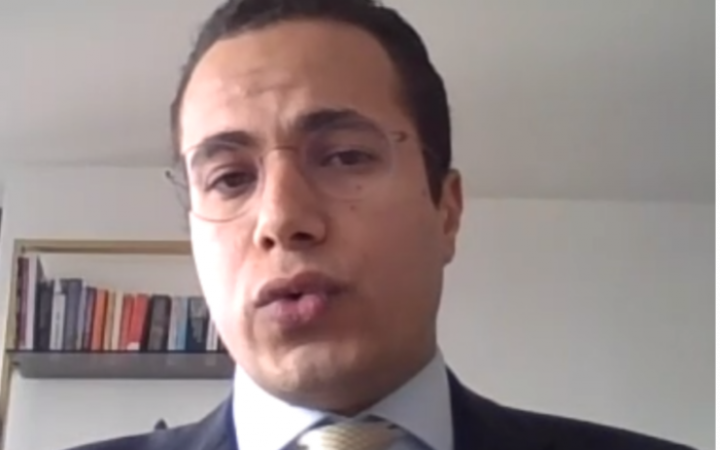 Mr. Abdullah Attelb, Second Secretary of the Permanent Mission of Egypt to the United Nations for his remarks. He gave a background on the evolution of the work of the Peacebuilding Commission since its creation in 2005. He highlighted the transformative nature of the 2016 twin resolutions on the review of the peacebuilding architecture and the broadened geographic scope of the PBC engagements in support of the national peacebuilding priorities. He underlined that the PBC’s convening, bridging and advisory roles makes it well positioned to advance efforts aimed at the effective and coherent delivery of peacebuilding activities in the field. He also underscored the growing recognition of the PBC’s advisory role by the Security Council, including during UN transitions.

Ms. Vanessa Wyeth, Senior Policy Adviser at the Permanent Mission of Canada to the UN, emphasized the PBC's bridging role and its role in promoting a more inclusive form of national ownership. As an intergovernmental body, the PBC is the only platform that can bring together actors across the UN system and partners beyond the UN. The value-added of the PBC advisory role to the Security Council is enhanced when it is able to provide advice that the Council is not already hearing from other sources, such as longer-term perspectives on risks to peace. The PBC's greatest strength is that it works on the basis of national ownership, but it also has an important role to play in ensuring that ownership is truly inclusive and reflects diverse perspectives of groups across society, including women, youth, and vulnerable groups. She cited the example of Liberia, where the PBC supported inclusive consultations on a peacebuilding plan and efforts to strengthen capacities of the UN Country Team to inform the peacekeeping transition. 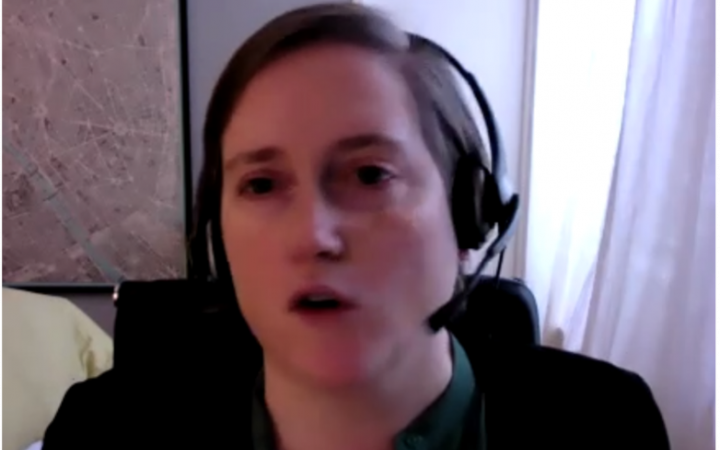 Mr. James Sutterlin, Chief of the Security Council Affairs Branch, led the next session about the PBC’s advisory functions, the written advice, its interaction and engagements, and how they are broken down into two categories. He continued by providing a detailed overview of such categories, such as how written advice takes presence on an annual basis. Following Mr. Sutterlin’s remarks, the moderator welcomed Mr. Kenji Nakano, Chief of the General Assembly Affairs Branch. He brought attention to General Assembly’s connection with the Peacebuilding Commission. Mr. Nakano pointed that it takes form in the annual report of the Peacebuilding Commission designated as the annotated agenda.

Ms. Leslie Wade, Chief of the Inter-organizational and Inter-institutional Support Branch, Office of Intergovernmental Support and Coordination for Sustainable Development (DESA), provided a brief historical overview of the relationships between branches of the UN. She pointed that beginning in 2010, joint thematic meetings were established between ECOSOC and the PBC. 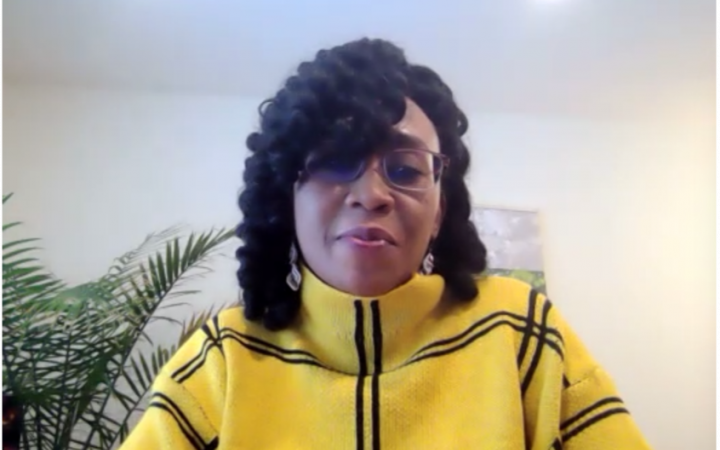 Mr. Vincent Kayijuka, Senior Political Affairs Officer at the Peacebuilding Support Office (PBSO), covered the role of the PBC in building partnerships. He stated that partnership is one of the core principles of the PBC, and that the resolutions acknowledge the necessity of close cooperation between different sectors, including governments, the United Nations, international, regional and sub-regional organizations, international financial institutions, civil society organizations, women’s groups, youth organizations and the private sector.

In addition, Mr. Kayijuka discussed how the PBC has supported and helped build partnerships and indicated some remarkable examples like the Burundi Partners’ Conference held in Geneva in 2012 to which representatives of more than 100 countries and organizations participated. The Conference produced more than US$2.5 billion of pledges by partners in support for the country’s Poverty Reduction Strategy and it built on results achieved by the Government in key peacebuilding areas between 2007-2012 with the PBF support. He further highlighted the response of the PBC to the Ebola crisis in Guinea, Liberia and Sierra Leone in 2014-2015, that helped build and reinforce strategic partnerships with key international and regional stakeholders in supporting post-Ebola recovery efforts and in addressing the consequences of the crisis on State fragility, social cohesion and political institutions. He noted the role of the PBC in engaging the IFIs with a view to further collaboration in addressing the economic and financial aspects of the Ebola crisis.

Mr. Kayijuka also stressed the importance of sustaining partnerships in 2020 and how the Commission served as a bridge to discuss ways to help alleviate the impact of COVID-19 on development and peacebuilding in countries under its consideration. It is inspiring see the number of women that engaged the PBC in 2020 and how they addressed issues concerning COVID-19 and its socioeconomic impacts. Lastly, he recalled that in 2020, the PBC continued to strengthen synergies between the Peacebuilding Fund by  ensuring regular updates to the Commission on the work of the Fund.

In the final part of his intervention, Mr. Kayijuka provided participants with some principles and steps for partnerships including: 1) identifying which stakeholders can help achieve one or more peacebuilding goals and estimate their interest with the PBC; 2) defining the relationship parameters; 3) sustaining the relationship through visits and other contacts; and 4) reviewing the terms of the partnership to adjust to new contexts and seize emerging opportunities.

The floor was passed to Mr. Abdullah Attelb for his second intervention where he spoke about the progress made in strengthening the partnership between the African Union and the United Nations in peacebuilding. He underscored the AU’s ongoing efforts to revitalize the African Policy Framework on Post-Conflict Reconstruction and Development along with operationalizing the AU PCRD Center. He also listed some challenges related to financing, addressing the AU-UN capacity and resources gap and alignment of policies, strategies and operations. Meanwhile, he highlighted the great potential for deepening the AU-UN partnership, including through benefiting from the reforms conducted in both organizations to foster political coherence and operational coordination, enhancing complementarity of efforts and leveraging on the comparative advantages of each other, and building momentum to sustain support for the AU’s Silencing the Guns initiative beyond 2020. He stressed the need to better utilize the annual consultative meeting between the AU PSC and PBC towards more impactful outcomes.

In the final part of the programme, Ms. Eva Nthoki and Mr. Paolo Fontana, Adviser of the Permanent Mission of Kenya and Political Affairs Officer at the Peacebuilding Support Office respectively, provided information on the PBC working methods. 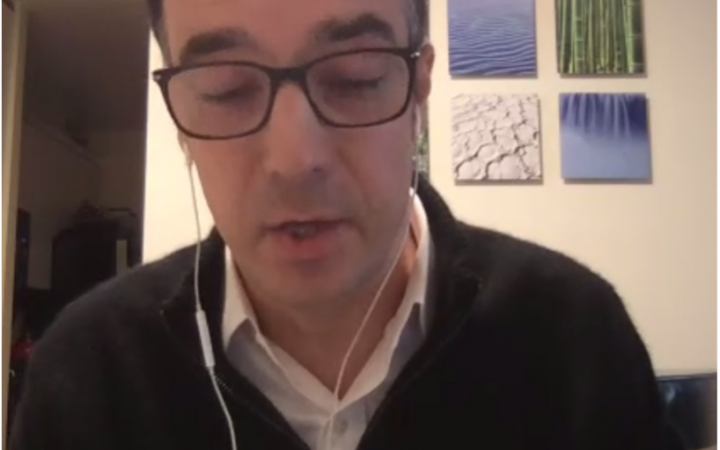 Mr. Paolo Fontana, Political Affairs Officer, Peacebuilding Support Office (PBSO), Department of Political and Peacebuilding Affairs (DPPA), briefed on the working methods of the PBC, captured in the annex to the PBC annual report, noting how the Commission can regularly improve them based on emerging needs. He highlighted several areas of progress, including the diversification of the PBC forms of engagement, and the improved advisory role to the Security Council. He also encouraged Member States to strengthen the synergies between the Commission, the General Assembly and ECOSOC, as well as to proactively contribute to the work of the Commission.