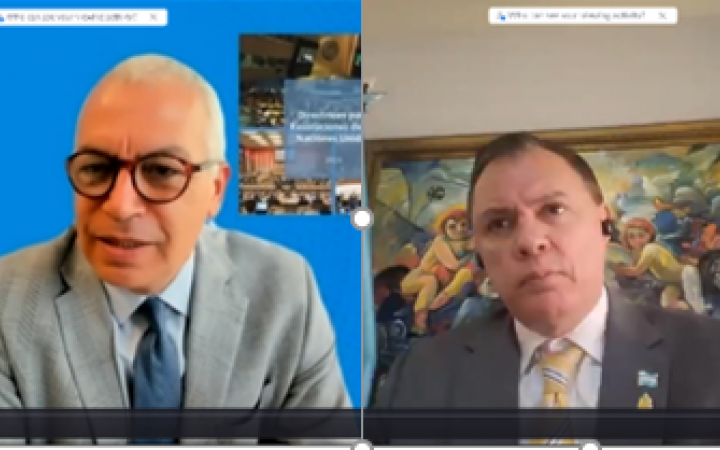 August 30-31, 2022, New York, USA – The United Nations Institute for Training and Research (UNITAR), New York office, organized a workshop on Drafting Resolutions virtually to support Honduran diplomats. More than 100 career diplomats from the Ministry of Foreign Affairs and International Cooperation attended from its different embassies, consulates, and accredited offices, which contributed to the two-day sessions marking a fruitful program.

The program was divided into six sessions in which the participants were able to delve into the Agenda of the General Assembly, rules of procedure, co-sponsorship, delivery of draft resolutions, financial implications, and the issue of editions. He was joined by the Honduran Vice Foreign Minister, Mr. Antonio García, and the Head of UNITAR in NY, Mr. Marco Suazo.

The initiative focused on providing first-hand information from expert UN officials in the field, as well as career diplomats from other states to provide their experiences as delegates.

The Ministry of Foreign Affairs and International Cooperation has found it a priority that its officials around the different representations have this special focus on how an agenda for the General Assembly is prepared and what is the procedure for requesting the inclusion of an item on the agenda. As elaborated during the workshop by Mr. Rukshan Perera, UN Conference Affairs Officer, the request for the inclusion of an agenda item should be sent to the Secretary-General, with a copy, if possible, to the office for General Assembly business. Per rule #13 of the General Assembly Rules of Procedure, a request for the inclusion of an item on the provisional agenda of the next regular session must be made at least 60 days before the opening of the session. Rukshan also provided information on who can propose new agenda items, what the deadlines are when the agenda is constituted, and the mandate of the agenda. 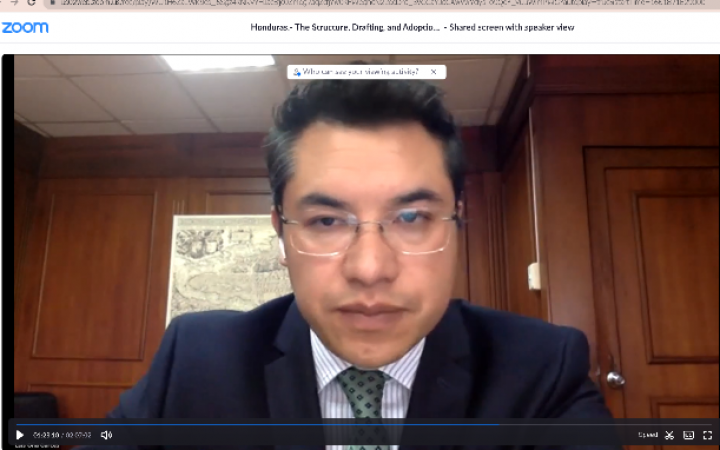 The workshop included more sessions on the rules of procedure. The chief of cabinet of the office of multilateral affairs of the Ministry of Foreign Affairs of Ecuador, Mr. Luis Oña Garcés, elaborated on the necessary quorum, revisions and amendments, explanations of the vote before and after voting, procedural motions such as Rules 74 , 75, and suspension or adjournment of a meeting. Luis guided the audience with valuable content on decision-making by vote and Art. 18 of the UN Charter and two very clear specific issues such as the first, the vote of a majority of two-thirds of the members present and voting. for important issues; and second, the vote of a simple majority.

Luis also referred to the right to vote, which is referred to in Article 19 of the Charter of the United Nations. Likewise, he approaches the voting process in separate paragraphs, sentences, and/or words, the necessary majority, consensus, and very importantly, how to handle errors during a voting process.

As part of the speakers, Miss Sharon Juárez, delegate of the Permanent Mission of Guatemala to the UN, explained the issue of co-sponsorship. The origin of a proposal goes beyond an academic topic, she mentioned. The level of support that a Member State has depends not only on a document presented in the room but also on a preparatory process. Sharon highlighted that, from a practical point of view, all States have the right to present a draft resolution, and the one that does so would be the sponsoring State, which presents the text to the Secretariat and then opens itself for co-sponsorship. from other countries.

The process of gaining support can be from the beginning, however, by having an official document, which is translated into the 6 UN languages, the main co-sponsors will appear. Sharon highlighted that after the adoption of a document, no more co-sponsors will be accepted. The importance that a country supports a co-sponsorship means co-authorship. For the preparation, negotiation, and adoption of a text, take into account the reasons of a Member State for presenting a resolution, which may be an issue of national or international interest, or because the State wishes to lead a global issue related to humanitarian issues, for instance. Leading countries are required to unify efforts and present a text, Sharon concluded. 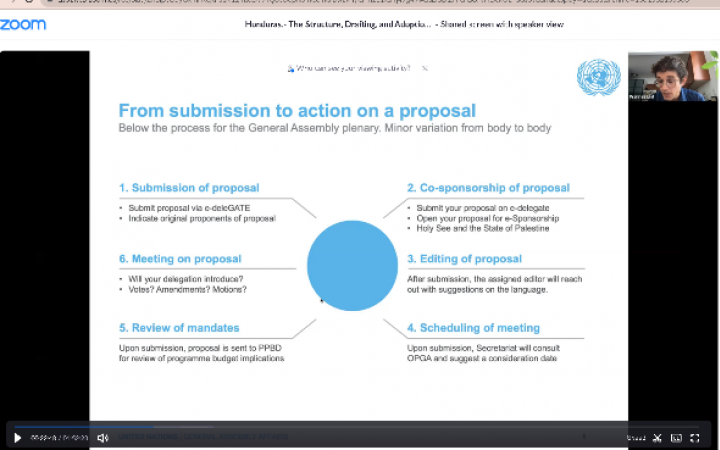 UNITAR supports the priority needs of governments through different pieces of training and the main objective of the second day of the training was to guide the Honduran delegates to learn about the process of presenting draft resolutions, the financial implications, and how the processes of the UN edition. Mr. Wannes Lint, Officer for Intergovernmental Affairs, in a very didactic manner addressed the coordination and introduction of proposals, the numbering of resolutions and decisions, among others.

Wannes shared with the delegates the link [undocs.org] for access to UN documents, with the particular that they can find documents from previous sessions, a record of what has happened in previous sessions, when a resolution was adopted and based on what project or proposal.

Mr. Yacine Hamzaoui, Director of the Planning and Budget Division, shared the financial implications and review of mandates. Yacine explained that the General Assembly adopts recommendations from the General Committee and spoke about Rule 153, which mentions that no resolution involving spending should be recommended by a committee for approval by the General Assembly unless it is accompanied by an estimate of expenses prepared by the Secretary-General.

To conclude, Mr. Alex Cerniglia, Officer of the Publishing Services Department, provided valuable information to facilitate the search for precedents of similar resolutions, which include resolutions and decisions of the General Assembly, ECOSOC, and the Security Council. Alex also touched on the preambular and operational parts of a resolution, as well as terminology. Why is it important that resolutions be edited? Alex reflected that these are important international instruments that during arduous and tense negotiation processes may contain errors, and the ambiguous use of language in an original version may result in different interpretations in other languages. The editing process ensures that the principle of multilingualism is respected.

The two-day workshop organized by UNITAR is part of the actions directed by the Institute to support the delegations to find effective and correct answers in areas in which they need to reinforce, in this case, the steps to draft, structure, and present resolutions in the UN.