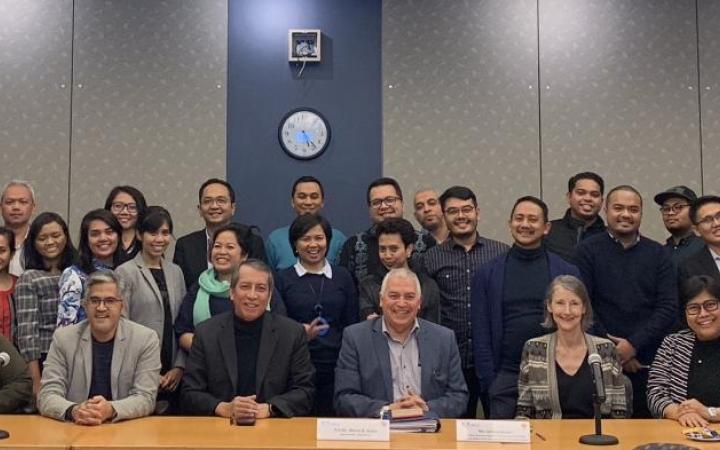 27-28 October 2018, New York, USA - The United Nations Institute for Training and Research (UNITAR) New York Office concluded its training course on “Strengthening Skills and Knowledge in Multilateral Diplomacy: Practical Preparation for Membership in the United Nations Security Council” for Republic of Indonesia with a two-day-session on the meeting formats, decisions-making process, voting procedures, documents and insights into the Security Council Presidency. The training, which is part of the Swedish programme “Leveling the playing field”, was conducted from 27-28 October 2018 in the Conference Center of Doral Arrowwood Hotel, in Purchase, New York. 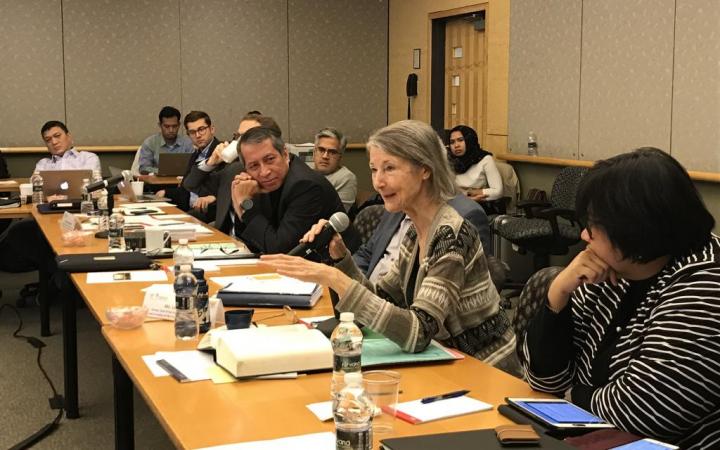 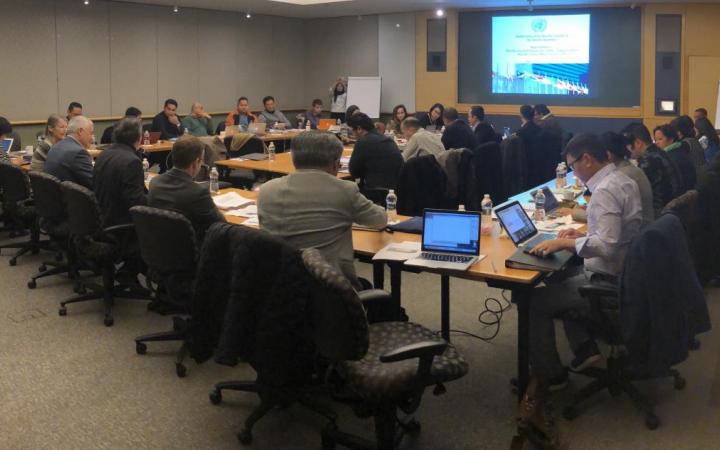 The first day of the training session began with opening remarks by H.E. Mr. Dian Triansyah Djani, Ambassador, Extraordinary and Plenipotentiary Permanent Representative of the Permanent Mission of the Republic of Indonesia to the United Nations, and Suazo. Mr. Stefanovic, addressed the delegates regarding relationship of the Security Council to the General Assembly. Drawing upon his experience researching, drafting and editing parts of the Repertoire of Practice of the Security Council, Mr. Stefanovic went through at Resolutions of the 72nd General Assembly Session, as well as thematic debates regarding the Security Council. He also paid special attention to Article 12, as well as Recommendations by the GA to the SC (Articles 10, 11, and 14), looking at disarmament, practices in sanctions, measures to be taken under counterterrorism items, including recommendations to the GA on the admission of States to membership, the suspension of rights and privileges of Member states against which preventive or enforcement action has been taken, the expulsion of UN Members for persistent violations of the principles of the Charter, and the appointment of the Secretary-General. To close up, Mr. Stefanovic regarded Note 507, closer coordination on issues on both agendas, different kinds of briefings, interactions with subsidiary organs, and budgetary considerations, and opened the room to questions from delegates.

Ms. Sievers briefly covered the procedural distinctions between the various meeting formats used by the Council, both formal and informal, with a specific focus on the modalities of briefings and consultations. It also outlined the related procedures with respect to invitations to non-Council Member States or individuals, speaking order, and the different transparency and confidentiality levels. The session continued with a survey of the various formats used by the Council for its outcome documents, with a particular focus on resolutions and presidential statements, as well as notes and letters by the President, summary statements of matters of which the Security Council is seized, and special aspects of troops-contributing country meetings. The specificity of questions asked by the diplomats demonstrated their eagerness to expand their knowledge and Ms. Sievers gave detailed case studies for clarification 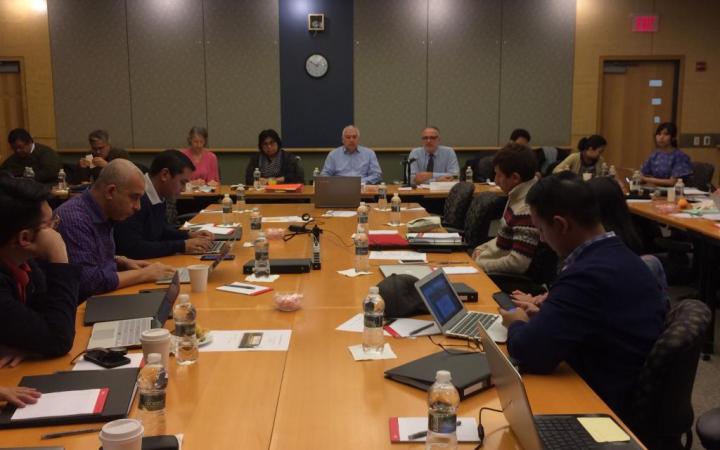 The first session of the second day was started by Mr. Davey McNab, Senior Political Affairs Officer of the Security Council Subsidiary Organs Branch, Security Council Affairs Division. He explained the roles and purview of Subsidiary Organs of the Security Council, with special attention to the topic of Sanctions. His interactive training supported continual engagement and questions from the delegates, on issues ranging from functioning of the report of the panel of experts sent to the Subsidiary bodies to the dynamics of the permanent missions and delegations. Mr. McNab addressed a note by the President of the United Nations Security Council  in 2017 on improving the transparency of subsidiary bodies, improving the selection and preparation of chairs. He regarded the necessity of interactive briefings, exemplar in a Chair holding a briefing for all member states. Mr. McNab then spoke about panels of experts, with particular focus on the politics behind three expert groups based in New York, North Korea, 1267 Al-Qaeda monitoring team, and then non-proliferation, which are supported by the office of disarmament affairs.

In the second session, Ms. Sievers provided insights on conducting formal and informal meetings, and documents to be created, as well as documents to be received as Council members. In describing so, she covered drafting and negotiating the monthly programme of work including various reports and answered highly technical questions. An interesting fact that was shared was that during press conferences, the representative serving as Council President has the option of replying to questions as President of the United Nations Security Council, or in his/her national capacity, or both. The  information about the differences between conducting formal meetings, and such informal sessions as closed consultations or informal interactive dialogues.

Mr. Suazo, gave the concluding remarks - thanking the diplomats for their interest, interactive participation and wishing them luck in their membership to the Security Council.

Photo 1: Group photo of the Indonesian delegates and presenators.

Photo 2: Presentators introducting themselves to the delegates.