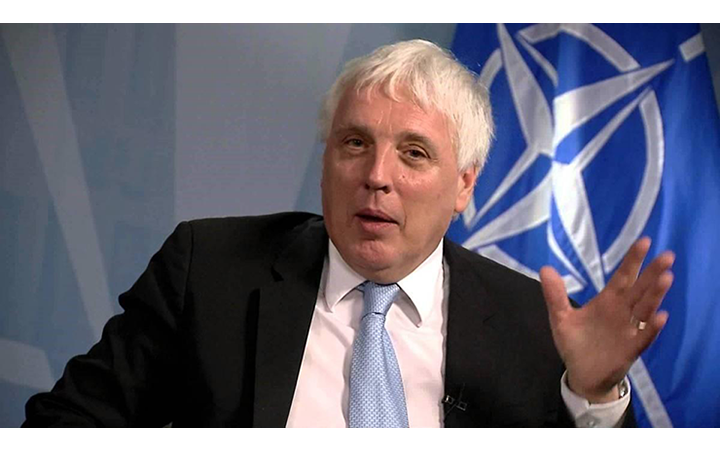 7 July 2020, Geneva, Switzerland - Between 29 June and 2 July 2020, 30 diplomats and embassy personnel from the Republic of Kenya, the Democratic Republic of the Congo, the Republic of Burundi, and the Republic of Rwanda gathered virtually in order to reinforce their skillset in two key areas: Cybersecurity and Security Awareness, taught by security veteran and ex-NATO Spokesperson Dr. Jamie Shea; and Digital Diplomacy, led by prominent cyberspace analyst and former British diplomat Mr. Shaun Riordan.

The e-workshops were conducted at a time when cyberattacks against governments and international organizations are on the rise, with embassies being no exception. During the first two days, Dr. Jamie Shea explained, with an impressive number of real-life examples, the six steps of effectively dealing with cyberattacks: situation awareness, detection, mitigation, recovery, lessons learned, follow-up measures, and response. Participants then had the opportunity to apply these steps in practice, when the former NATO security expert launched a simulation in which a fictitious nation underwent a major cyberattack, and participants were to devise appropriate countermeasures.

As a result, the feedback received was overwhelmingly positive, with all respondents unanimously agreeing that the two first days have increased their awareness on the topic, and that they will recommend the e-workshop to their colleagues.

The knowledge on handling cyberattacks and developing what Dr. Shea coins ‘Cyber Hygiene’ was complemented by a further two-day workshop on Digital Diplomacy, in which beneficiaries were made aware of the effective usage of digital tools in the modern diplomatic environment as well as the disruptive effects of digital and other technologies on the working environment of foreign ministries and diplomatic services.

Participants were especially enthusiastic on the topic of ‘the dark side’ of social media, which focused on the disruptive effects of echo chambers and search engine/social media algorithms on public information, as well as the different methods of combatting disinformation operations with the use of digital tools. The ensuing Q&A session was enrichening for all beneficiaries and permitted for the participating diplomats to present enquiries specific to their duties to Mr. Shaun Riordan.

UNITAR expresses its gratitude to the Foreign Service Academy of the Kenyan Ministry of Foreign Affairs for its precious support in the organization of the events and extends its aspirations to continue cooperating in the near future.