More than 15 analytical maps and reports have been produced by the UNOSAT team of satellite analysts in support to various UN humanitarian agencies and the UN Humanitarian Air Service since March. As the situation deteriorated due to the intensifying military activities in and around various cities on the coast, larger numbers of civilians found themselves trapped in conflict areas sometimes subject to heavy shelling, with slim chances to be reached by humanitarian relief or evacuated to safer areas.

The data available from commercial optical satellites is purchased and analysed at UNOSAT where experts add information coming from the field through OCHA Information Managers located with the OCHA Libya contingent. The humanitarian mapping effort is lead by UNOSAT in daily coordination with the OCHA Information Management Branch in Geneva, where focal points help determine the areas of major concern and channel ancillary information and data from the ground which analysts add to the final mapping products. This work is part of a larger effort to map occurrences in the context of the Libyan crisis, for example by using crowd sourced information combined with GIS solutions, like in the case of Libya Crisis Map, an undertaking of OCHA and CrisisMappers.

In addition to monitoring the situation at the borders of Libya and providing information IDP and refugees, and on Tripoli and Benghazi, UNOSAT is helping the Humanitarian Air Service in determining the operational status of main civilian and military airports in Benghazi and Tripoli. This information is used to ascertain the conditions of runways and airport structures to plan for humanitarian flights.

Most recently, UNOSAT has been mapping the location of IDPs near Misratah where heavy shelling and military operations have put civilians in great danger. As in previous cases in other conflicts, civilians are aware of satellite observations and launch appeals for help by writing large SOS calls on roads or in the sand. The image below shown here, purchased by UNOSAT from its commercial partner e-GEOS, shows a portion of a GEOEYE satellite image. The words “Help Us” have been carved in the soil by IDPs camped in the area and visible in other images that UNOSAT is analysing this week to provide actionable information to the humanitarian crews in the region. 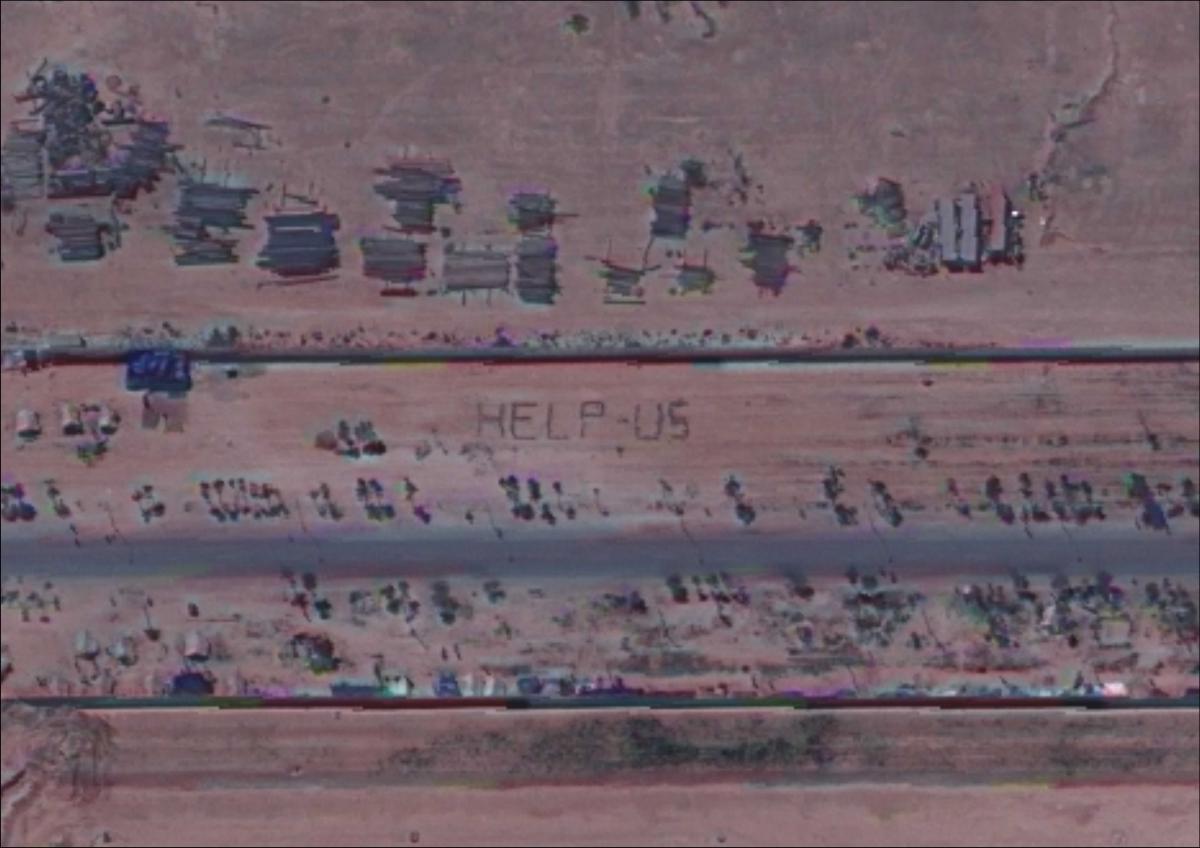