Developing National Ownership in Togo for Achieving the Global Goals 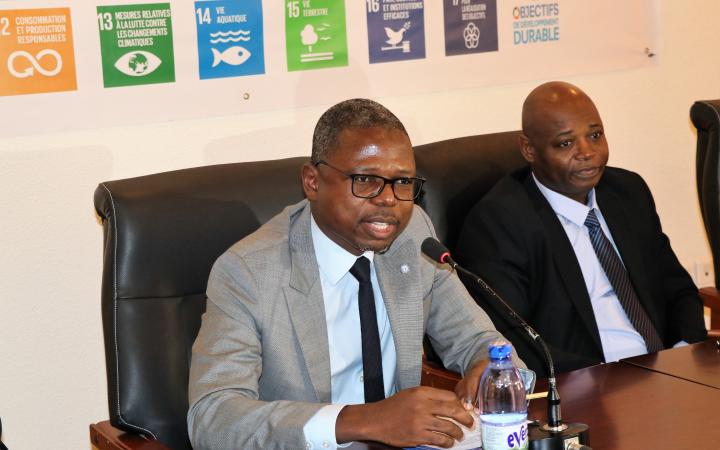 Mr. Atissim Assih on the right.

Togo is one of the smallest countries in Africa, with a population of 7.6 million people and a breathtaking 56-kilometer coastline that runs along the Gulf of Guinea. In 2018, economic growth was 4.7%, mainly driven by a continued expansion of agriculture, which accounts for about 40% of GDP and over 60% of employment.

Recent improvements in the business climate are expected to result in even further growth, however, more still needs to be done to ensure that economic progress and sustainable development go hand in hand. Fortunately, the government is committed to accomplishing this task and is using the Sustainable Development Goals (SDGs) to do so.

During the 1st High-Level Political Forum on Sustainable Development (HLPF), Togo had voluntarily submitted itself to peer review, which gave the country a platform to share its experiences in the integration of the SDGs in its national development planning instruments. Now that the SDGs have been incorporated into Togo’s five-year National Development Plan 2018–2022, The Ministry of Public Service, Labor, Administrative Reform and Social Protection has recommended the development and implementation of a training programme for civil servants on the SDGs to improve the skills of national experts, which will allow them to take over the reins of the global goals.

Through its School of Public Administration (Ecole Nationale d’Administration — ENA), Togo partnered with UNITAR and used its brand-new learning toolkit on ‘Policy Cycle, Integrated Approaches and SDGs’ — developed specially for African Least Developed Countries (LDCs) and other African countries — to organize a national workshop. The toolkit, comprised of comprehensive training materials such as presentations, exercises and manuals, allows government officials, academics, UN Country Teams and others to run training workshops for junior to senior government officials and other audiences. “As you know, achieving the SDGs requires national ownership. This workshop, which is undoubtedly the beginning of a training process for civil servants, will facilitate the implementation of the SDGs in Togo”, said Mr. Atissim Assih, Secretary-General of the ministry. 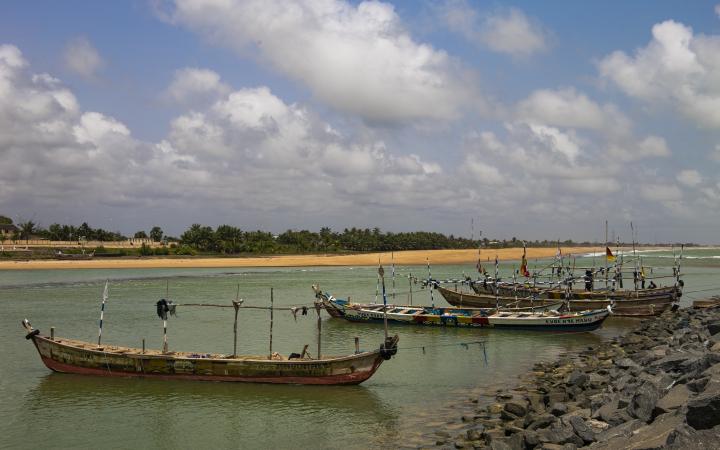 Ownership was indeed the essence of this partnership. Rather than having international experts organizing and delivering the training, the government itself was the one leading the workshop, counting on UNITAR’s support to co-facilitate it along with a team of UNDESA and UNDP resource persons in addition to the core group of Togolese experts. This has proved to be an effective approach to encourage countries to work independently while building upon their own resources.

“Most of the national experts work at ENA and this module has allowed them to work as a team (both before and during the workshop) and to prepare for the future SDG-training programmes that will be followed by the ENA civil servant students”.

Developed in collaboration with other UN agencies, the toolkit explains the theory and practical implications behind policy integration as well as the ‘Leave No One Behind’ imperatives. The goal is to support more harmonized methods towards incorporating the SDGs across the national policy cycle, for instance, by coming up with more integrated planning. Aligning budgeting frameworks and monitoring and evaluation (M&E) systems, reviews and reporting are other critical areas that need to reflect the SDGs. The toolkit serves as a starting point for countries that, like Togo, are dedicated to addressing some major challenges in terms of statistical development, allowing them to develop tools relevant to their specific context. “In preparation for the workshop, various relevant learning tools were developed. The ownership and implementation of these tools would provide great added value in terms of accessibility and improved quality of service to all Togolese people”, explained Mr. Assih.

The outcome of the training was very positive. “The participants were highly motivated and enjoyed the workshop modules”, said Mr. Assih, who added that participants even wanted to have more exercises. Now, Mr. Assih hopes to continue to build the skills of public officials in Togo and he feels optimistic about future collaborations with UNITAR for training, research, shared learning and experiences as well as study visits.

“We thoroughly enjoyed working with the UNITAR staff, whose efficiency and team spirit made this pilot phase successful. This is just the beginning of a strong collaboration that I hope will be long-lasting and fruitful”.

The learning toolkit “Policy cycle, integrated approaches and SDGs” for African LDCs and other African countries is available in both English and French and focuses on the immediate realities of these countries. A generic version of the toolkit is also available in English with world-wide case studies.