A quick start guide to the Sustainable Development Goals 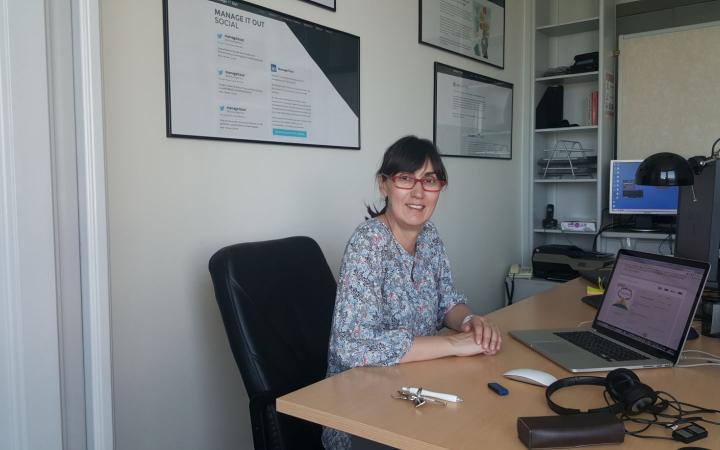 Dragana Stojanovic Besirevic learnt about the SDGs in a matter of days.

Dragana holds a Master’s degree from Belgrade University in English language and literature.

She has extensive work experience, most of it in higher education. At the beginning of her career she taught English as a second language at university. Later she started working at an international organization that focused on development programs and higher education programs.

She currently manages her own translating and interpreting agency in Belgrade while occasionally doing some consulting work for Serbian think tanks and NGOs.

She took an online course from UNITAR on the 2030 Agenda. The course was made up of five modules that participants completed at their own pace.

Dragana was asked to help one of the think tanks in Serbia that was trying to develop a project related to the Sustainable Development Goals (SDG) which would involve the creation of a platform for society-wide dialogue on the SDGs. “Considering I had some international experience in development programs”, she recalls, “I was asked to review the proposal to help there and work a bit on the program.”

She wasn’t very familiar with the 2030 Agenda or the SDGs before being invited to work on the project: “When I was asked I really didn’t know much about the SDGs so I searched on the internet and of course, the UNITAR course appeared as something that was happening already but I had a possibility to enroll and catch up. The whole idea behind that was to get acquainted with the problem, with SDGs, what that was.”

The online course helped Dragana to make an impact on the project: “I got some more in-depth knowledge and I was able to contribute to the project proposal writing of the think-tank in a more informed and professional manner. I have had many years of experience in programme management of development projects, however I lacked particular knowledge on the SDGs and the Agenda 2030.”

She found the resources available to be very useful: “what was extremely helpful was that I could download the manual, something I could keep for later when I was working on the project and when if I had to prepare something I could always consult the manual and there was a lot of material there.” She praised how informative it was: “it helped a lot, it gave me not just the basic idea but a really good idea on SDGs, and the agenda 2030.” She also appreciated how her knowledge was tested: “I found the quiz very useful, mainly as a test and self-evaluation of how well I understood and remembered the material of each module. I believe that it is very well developed. Additionally, if I felt that there were some bits I failed to remember or understand, I would read material from the available manuals later.”

Dragana appreciated the flexibility of the course, claiming it was more “convenient.” She said without hesitation that she would recommend the course to anyone who needed to learn about the SDGs in a short amount of time.