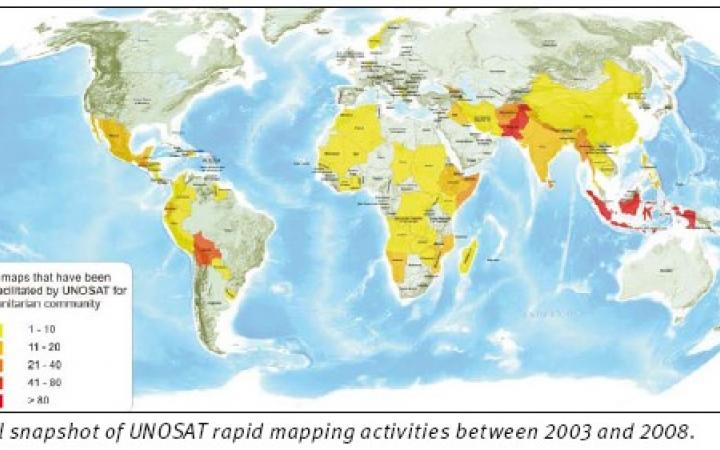 UNOSAT partnership with CERN: when high tech research supports the humanitarian cause
1 February 2009
CERN has hosted UNOSAT, the Operational Satellite Applications Programme of UNITAR, since 2002. With the renewal of the hosting agreement in December 2008, this relationship increased in quality, evolving from a hosting arrangement to the beginning of a promising partnership leading to joint projects.

UNOSAT on the BBC
26 January 2009
The BBC&nbsp;use Satellite Imagery from UNOSAT&nbsp;to show damage during the recent events in&nbsp;Gaza.