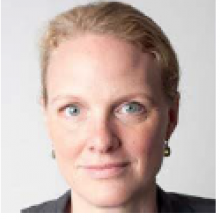 Ambassador Anna Jardfelt was appointed as Permanent Representative of Sweden to the United Nations Office in Geneva from 1 September 2020.

Prior to this appointment, Ms. Jardfelt had been serving as Sweden’s Ambassador to Kenya and Permanent Representative to UNEP and UN-Habitat in Nairobi. From 2014 to 2017 she severed as Ambassador to the European Union’s Political and Security Committee in Brussels. She was the Director of the Swedish Institute for International Affairs in Stockholm from 2010 to 2014.

As a career diplomat Ms. Jardfelt has held other postings. She has also worked for the OSCE High Commissioner on National Minorities and in the European Parliament.

Ms. Jardfelt has a Master of Law. She is married with two children.