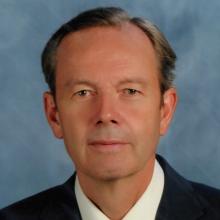 Ambassador Freiherr von Ungern-Sternberg was appointed Permanent Representative of the Federal Republic of Germany to the Office of the United Nations and to the other International Organizations in Geneva in September 2018. Prior to this appointment, he served as Ambassador to Jakarta (2016-2018) and Tehran (2013-2016). He served as Ambassador, Deputy Director-General then Director-General for the United Nations of the Federal Foreign Office from 2007-2009. From 2002 to 2007, he served at the Permanent Mission of Germany to the United Nations in New York, first as Head of the Political Section (2002-2007) and from December 2009 as Deputy Permanent Representative. As a career diplomat, Ambassador Freiherr von Ungern-Sternberg also held a number of other postings. He is married and has three children.