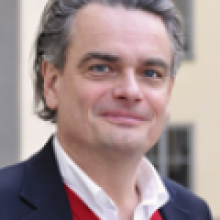 Ambassador Per Örnéus is Deputy Director-General and Head of the Department for Multilateral Development Cooperation of the Ministry for Foreign Affairs of Sweden. The Department coordinates the Government’s support to the Millennium Development Goals (MDGs) and Sweden’s participation in the process to develop the new global development agenda, post-2015. Mr. Örnéus represents Sweden as Chair of Advisory Commission of the United Nations Relief and Works Agency for Palestine Refugees in the Near East. He is also Alternate Governor for Sweden to the African, Asian and Inter-American Development Banks.

Before assuming his current position in 2010, Mr. Örnéus spent two years as Ambassador and Deputy Permanent Representative at the Permanent Mission of Sweden to the United Nations. From 2003 to 2008 he was the Head of Section for Humanitarian Policy and Conflict Issues at the Department for Security Policy at the Ministry for Foreign Affairs. In 2004-2005 he chaired the OCHA Donor Support Group, and in 2006-2007 the ICRC Donor Support Group. Prior to this held the position of Deputy at the Embassy of Sweden to Latvia.

Besides various missions with the Ministry for Foreign Affairs, Mr. Örnéus has worked as an Aid Coordinator with the Swedish International Development Agency, and as a Management Consultant for Swedish Management Group and the Swedish Employer’s Federation. Mr. Per Örnéus was born in Stockholm in 1962, is married, and has two daughters.