10 January 2023, Geneva, Switzerland - From the 29th of November to the 2nd of December 2022, the XIX Annual Steering Committee Meeting of the CIFAL Global Network, hosted by CIFAL Honolulu and Chaminade University took place in Honolulu, USA. The meeting brought together all 25 CIFAL Centers with team members of CIFAL Centers to be inaugurated in 2023 also present. Mr Nikhil Seth, United Nations Assistant Secretary-General and UNITAR Executive Director presided over the meeting, which was led by Mr Alex Mejia, Head of the CIFAL Global Network. 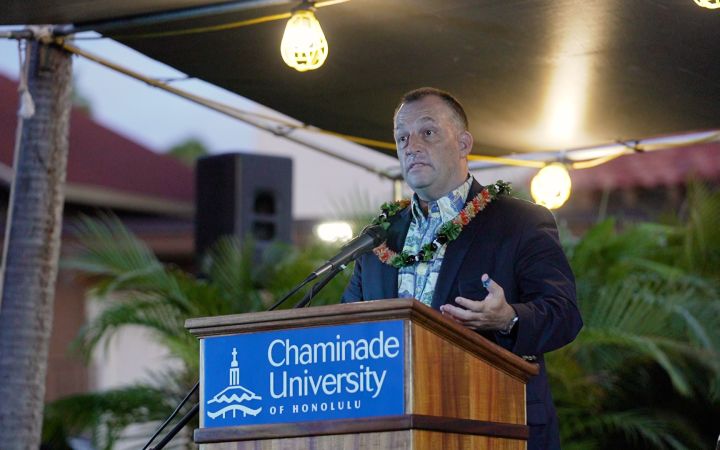 Mr Seth, and Mr Mejia along with UNITAR and CIFAL team members were welcomed through an event hosted by Chaminade University the evening before the meetings commenced. The ceremony began with an Opening Oli, or Hawaiian chant, to welcome the visitors. The CIFAL delegation was addressed by some key speakers, from both Chaminade University and local and national Government Officials. The speeches began with Chaminade Chaplain Fr. Martin Solma. WHAT DID HE SAY Chaminade President Dr Lynn Babington, and UNITAR Executive Director Mr Nikhil Seth both spoke of the importance of CIFAL Centers, and specifically CIFAL Honolulu in advancing the achievement of Agenda 2030 at the local level. Chaminade Provost and Chairman of the Board for CIFAL Honolulu, Dr Askildson, along with CIFAL Director Dr Grabowsky both spoke to enlighten those present on the journey CIFAL Honolulu has taken since its inauguration in late 2021.

The CIFAL Global Network works to advance Agenda 2030 at the regional and local levels, collaboration with local and regional officials is therefore essential. CIFAL Honolulu proudly hosted then Governor-Elect of Hawaii, Dr Josh Green (pictured above) who addressed the crowd, reiterating the importance of Climate Action and taking action to ameliorate the conditions of marginalized communities in Hawaii and the Pacific at large. Dr Green expounded on the journey which led him to understand just how important climate action and the empowerment of marginalized communities in the Pacific are. Dr Green was followed by the Chief Resilience Officer and Executive Director of the Office of Climate Change, Sustainability, and Resilience, from the City Council of Honolulu Mr Mathew Gosner. Mr Gosner commended Chaminade University and CIFAL Honolulu’s extensive efforts in advancing their objectives as being an example for climate action and ocean advocacy. 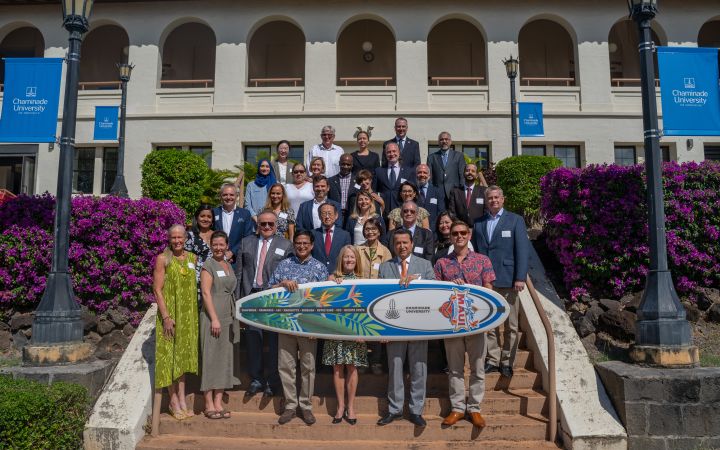 The following three days of the Annual Meeting were productive and successful in achieving the goal of reviewing the 2022 accomplishments of the Network and establishing priorities for the year to come. Mr Alex Mejia, Head of the Network commended each centre for their accomplishments, announcing that in 2022 the CIFAL Global Network was able to reach over ninety-thousand beneficiaries via more than 500 events. Each CIFAL Director presented the progress of their centres and the planned events and partnerships for 2023. Through discussions and workshops, CIFAL Directors were able to Network and discuss future interregional collaborations.

As the CIFAL Global Network continues to grow in 2023, through the welcoming of new centres and team members, we look forward to benefiting communities worldwide and contributing to the work of UNITAR in advancing Agenda 2030.

Watch the Highlights of the XIX Annual Steering Committee Meeting

Stay Up To Date with The CIFAL Global Network

The CIFAL Global Network is always active! Our 25 centres located across Asia, Africa, Australia, Europe, the Americas and the Caribbean provide innovative training throughout the world and serve as a hub for the exchange of knowledge amongst government officials, the private sector and civil society. This network of affiliated training centres is coordinated by UNITAR’s Division for People and Social Inclusion. Every centre is managed locally by a host institution with UNITAR providing academic content, technical support and quality assurance measures for its capacity-building activities. To learn more about the Network visit the CIFAL Global Network page.

Follow our Social Media accounts to be updated on upcoming events and learning opportunities: