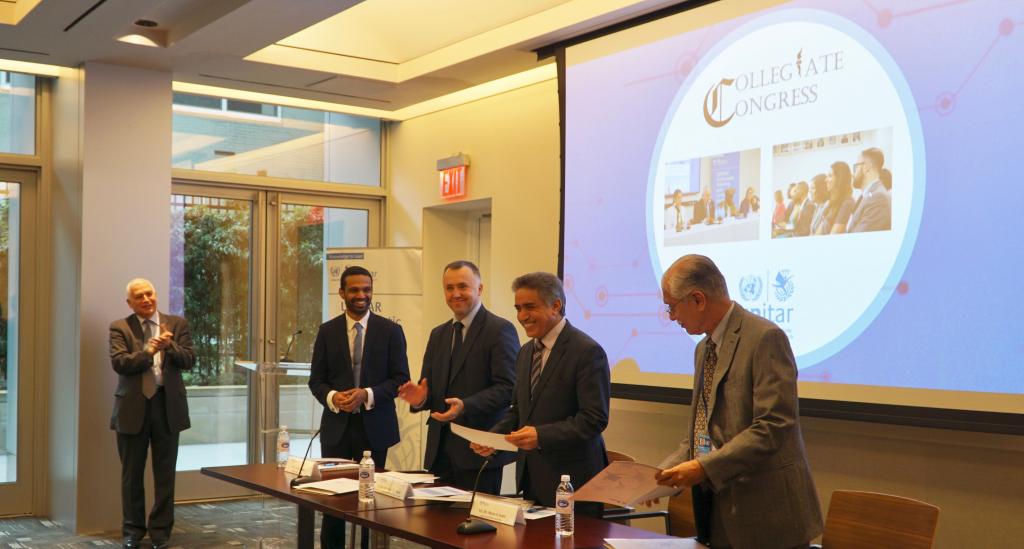 12 December 2017, New York, U.S.A. - The United Nations Institute of Training and Research (UNITAR) hosted a joint 2017 Diploma Ceremony for participants of two fall courses and series: the International Relations and Global Diplomacy Program with Collegiate Congress, and the Conflict Resolution, Mediation and Negotiation series with Columbia Law School. The participants from both programmes hailed from various regions of the globe:  the Americas, Asia, Europe, Africa, the Middle East and the Caribbean. 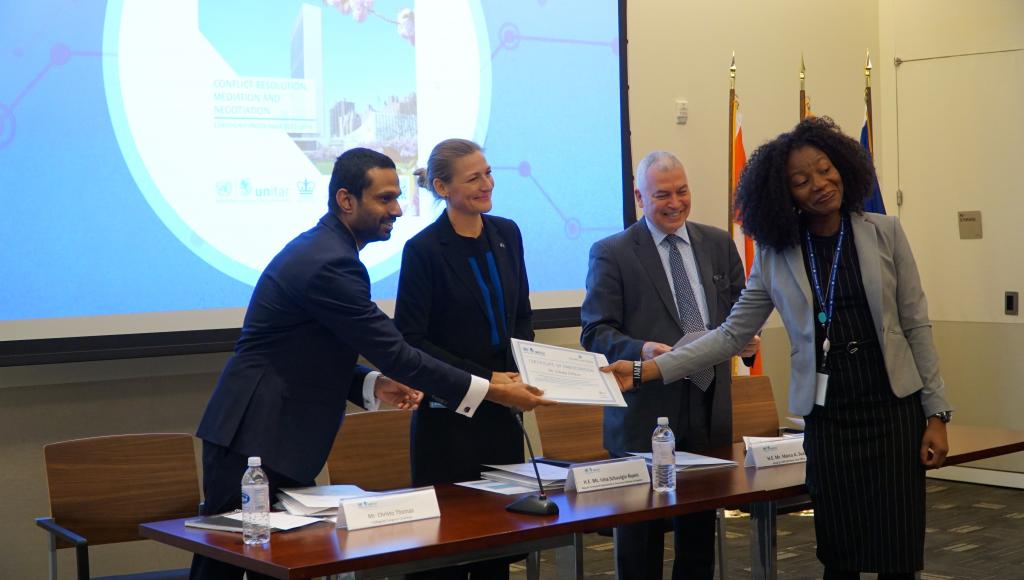 Following the remarks and the address, certificates were handed to participants in attendance. Participants also had an opportunity to express their gratitude to UNITAR, the Permanent Mission of Sweden, and Collegiate Congress. Looking forward, Mr. Thomas of Collegiate Congress expressed his hope to continue the partnership with UNITAR in order to open the doors of the UN system to capable and competent students pursuing the field of international affairs and diplomacy. H.E. Ms. Nyoni also communicated her gratitude for having been able to witness first-hand the positive impact and the product of the support provided by her mission, as well as the work of UNITAR with the diplomatic community in New York. 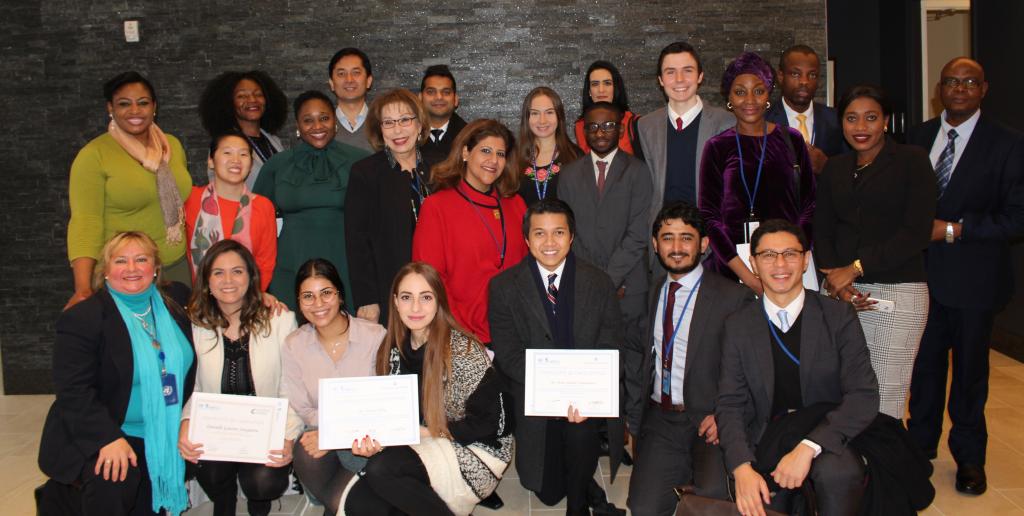 Mr. Suazo delivered the closing remarks, emphasizing the effectiveness and efficiency of both programmes, and UNITAR’s dedication to continue supporting capacity-building efforts for the UN’s diplomatic core in the spirit of the 2030 Agenda for Sustainable Development. Following the remarks, refreshments were served and a space was opened for participants to discuss and reflect on the conclusion of the programmes and series.

Photos: Participants and organizers of the ceremony