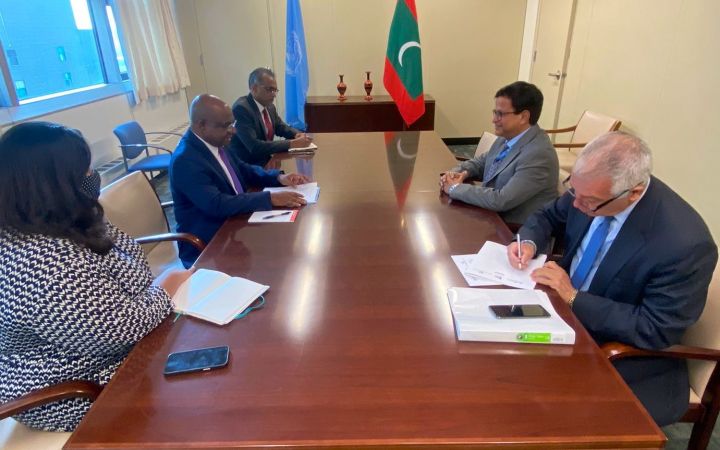 16 September 2021, New York, USA - The UN Assistant Secretary-General and Executive Director of UNITAR, Mr. Nikhil Seth, is visiting New York during the high-level period of the United Nations General Assembly (UNGA). This is an official visit to the opening of the seventy-sixth session of the UNGA.

On the 13th of September, the Executive Director was received at the Transition Office of the new President of the General Assembly and Minister for Foreign Affairs of the Maldives, H.E. Abdulla Shahid. During the meeting, the two principals reviewed roads of collaboration and common agendas.

Relations between the office of the President of the General Assembly and UNITAR are strong, marked by diverse and dynamic events. Furthermore, a transition workshop, a fellowship programme for 2021-2022, and a brief for new delegates of the 76UNGA were among the highlights of the bilateral meeting.

The two principals exchanged views on the need of capacity building for the implementation of key government policies, the promotion of green recovery plans, and sustainable development programs. The Head of the UNITAR New York office, Mr. Marco Suazo, attended the meeting. 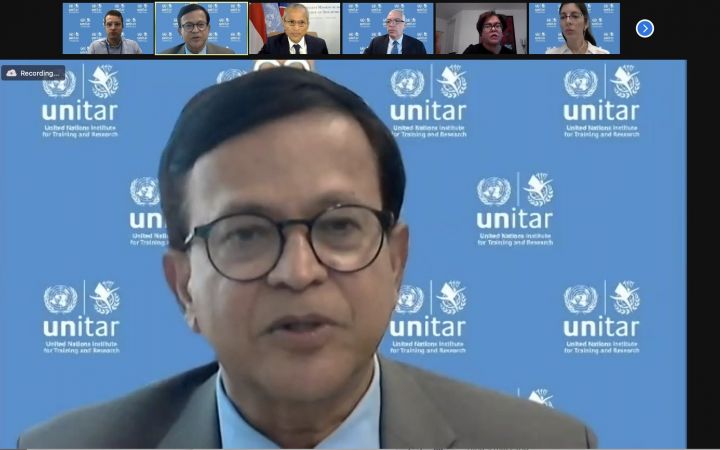 Both, H.E. Mr. Shahid and Mr. Seth then joined virtually to open the annual briefing for new delegates on the work of the General Assembly of the United Nations and its Main Committees. Mr. Seth addressed more than 300 participants including new delegates, Secretariat staff, officials from Permanent Missions and UN agencies during the opening segment. The briefing was hosted with the Permanent Mission of the Republic of Singapore and the Forum of Small States (FOSS).

“This year’s General Assembly is the second unlike any other in the history of the United Nations as the organization turns seventy-six years of service to the International Community”, Mr. Seth said. 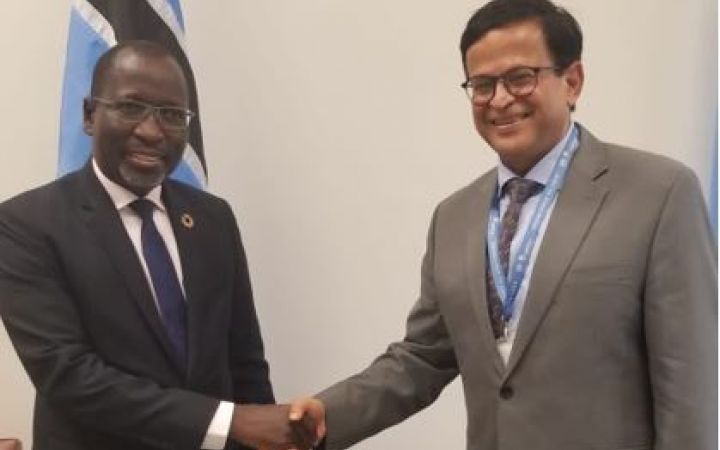 The Executive Director also met with the Permanent Representatives of Pakistan and Botswana, H.E. Munir Akram and H.E. Collen Kelapile, respectively, with a view to deepening open dialogues and educational cooperation between their offices.

As the Economic and Social Council is an important partner in UNITAR’s cooperation, its President Ambassador Kelapile and Mr. Seth carried out an extensive conversation on projects for higher education to SDGs, mental health, and gender. Their efforts to lead across operational and coordination to increase participation of society were discussed.

A meeting with the Charge d’Affairs a.i. of Germany H.E. Gunter Sautter took place giving Germany’s emphasis on strengthening multilateralism and UNITAR’s close ties through its office in Bonn. Mr. Seth suggested further cooperation in the field of international law and multilateralism that could take form, such as training programmes for young women diplomats from countries in which the German development agency (BMZ) is active, among others 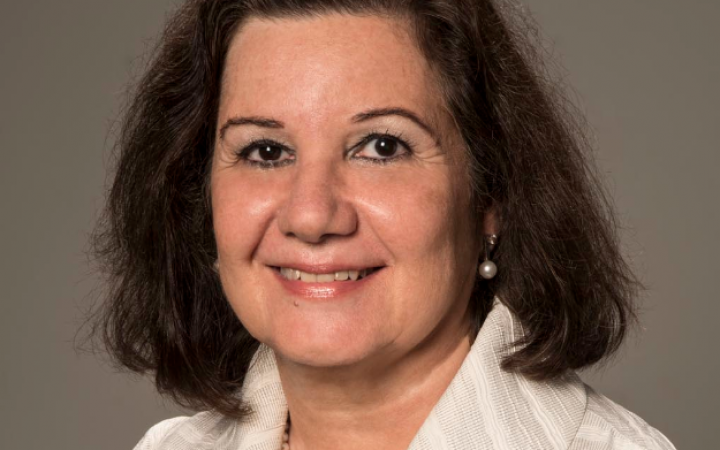 On the 16th, the Executive Director of UNITAR had one of his leading meetings in New York brining topics to the table on partnerships, contributions and education with the Chef de Cabinet in the Executive Office of the Secretary-General of the United Nations, Ms. Maria Luiza Ribeiro.  Since 2015, when Mr. Seth took office, he set high standards for projects to be carried out in the fields of training of diplomats, higher education, and learning events, and he briefed the Chef de Cabinet on those important improvements.

The UNITAR’s authority was also received by the Under Secretary-General for Counter Terrorism, Mr. Vladimir Voronkov, with an emphasis on issues related to UNITAR’s recent efforts in Counter-Terrorism and Preventing & Countering Violent Extremism, as well as UNITAR’s strategic vision and priorities.