14 - 16 June 2017, Posadas, Argentina – The International Training Centre for Authorities and Leaders in Argentina (CIFAL Argentina) with the support of Yacyretá Binacional hosted the seminar “Green Bonds and Climate Finance” in the City of Posadas, Province of Misiones.

In line with Sustainable Development Goal 13 to take urgent action to combat climate change and its impacts, CIFAL Argentina hosted a three-day seminar to address in a comprehensive manner the topic of climate finance and instruments such as green bonds, as well as to stimulate public and private sector activity to combat climate change. 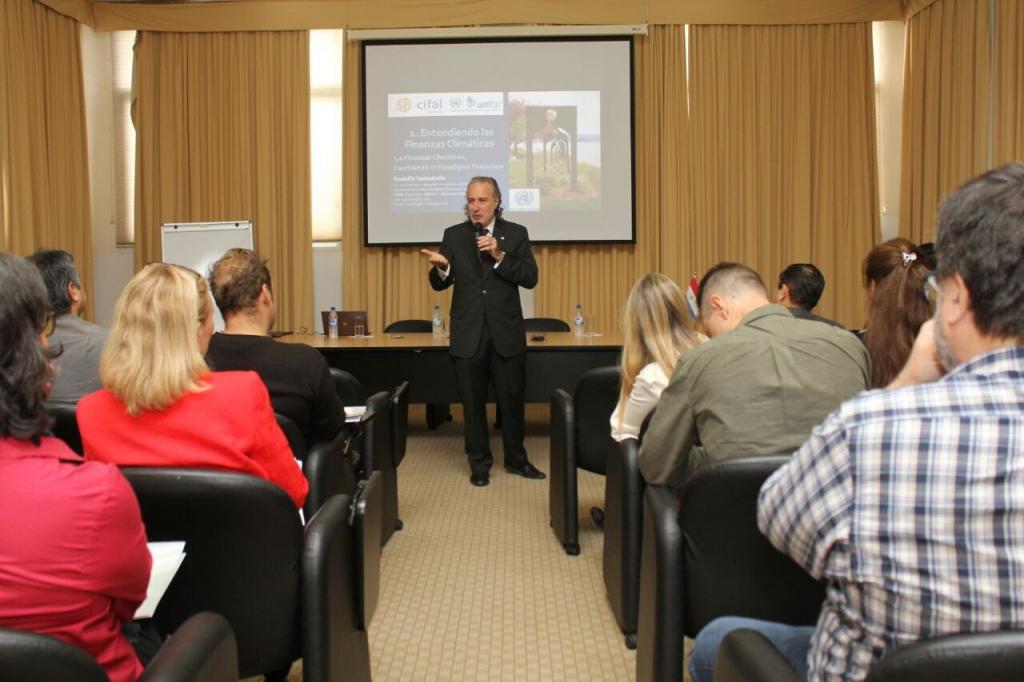 The seminar brought together 59 government officials and private sector representatives from Yacyretá Binacional, municipalities, companies, and the media. A key objective of the event was to encourage the development of green bonds by Yacyretá Binacional, which is a Hydroelectric Power Plant located in the River of Parana between Argentina and Paraguay.  During the seminar, officials from the Provincial Government of Misiones and the Municipality of Posadas expressed their support towards the creation of an entity to manage a Green Fund for Climate Change to undertake mitigation and adaptation activities.

Private sector projects that seek to mitigate climate change or to help affected people adapt to it were presented during the seminar and were assessed in order to determine legibility for support through climate bonds. Projects included:

Mitigating climate change and its impacts will require unprecedented global cooperation across borders and sectors. Mobilizing resources and actors to implement climate change mitigation and adaptation projects and programmes is crucial to build resilience and limit climate-related hazards and natural disasters.

Photo 1: Seminar participants during a session