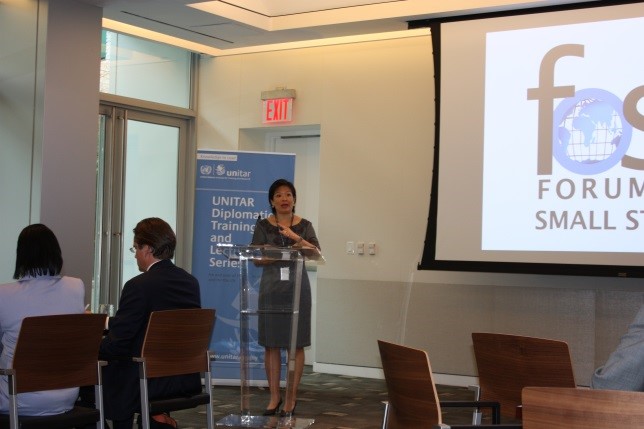 16 June 2016, New York, USA - The Permanent Mission of the Republic of Singapore in collaboration with the Permanent Mission of Sweden, organized an Interactive Session between the Forum of Small States (FOSS), United Nations Institute for Training and Research (UNITAR) and the Office of Information and Communication Technology (OICT). The session aimed to determine the countries' needs and collect feedback from FOSS countries in order for UNITAR to provide the best level of training possible.

Singapore’s Permanent Representative, H.E. Ms. Karen Tan, opened the Session remarking on the importance of the discussion and intervention of all Small 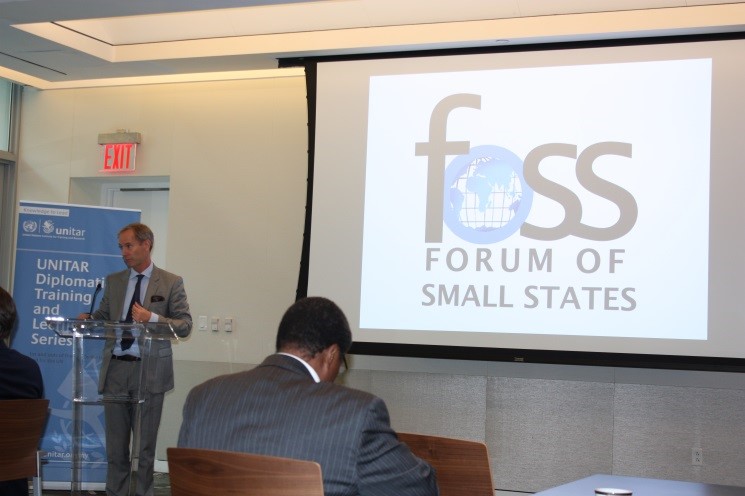 States Representatives. Her introduction was followed by the words from Swedish Ambassador H.E. Mr. Olof Skoog, who after going through the long term partnership with UNITAR encouraged the members to stay together and rely on support from the Swedish Mission.

The head of UNITAR’s NYO Office, Mr. Marco Suazo, animated the Interactive Discussion by remarking how helpful and necessary is for UNITAR to listen to the countries’ needs and demands in order to incorporate them to our catalogue of trainings and workshops.  Before starting the discussion, Mr. Lambert Hogenhout, Chief Data Analyst from OICT, went through the available resources and planned activities from OICT, which certainly will help to improve the performance of Missions in New York. 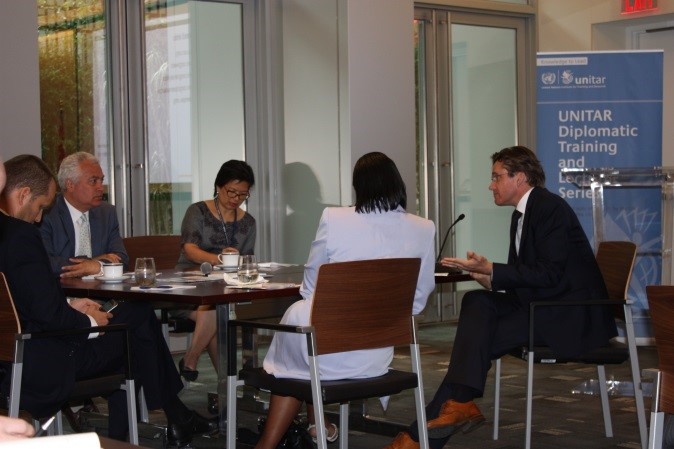 The idea of an app for the UN Journal where events could be added to electronic calendars, the reinforcement of UNITAR programmes for young diplomats, the importance of a Series on the Sustainable Development Goals (SDGs) and  the need of a periodical briefing on emerging technologies were some of the proposals from the FOSS countries.

H.E. Ms Karen Tan closed the event by thanking the participants for their feedback; she also remarked on the importance of an institution like UNITAR in the Diplomatic Environment of New York and the great opportunity of this collaboration with Sweden and OICT.