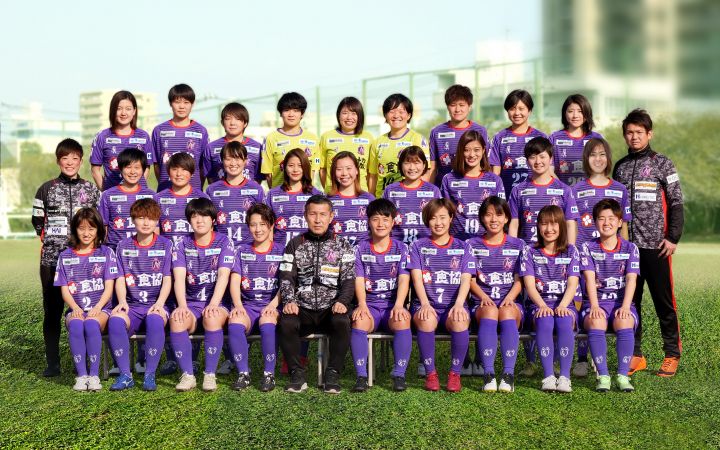 The Angeviolet team with uniforms that carry the UNITAR logo. ©2021 Angeviolet Hiroshima 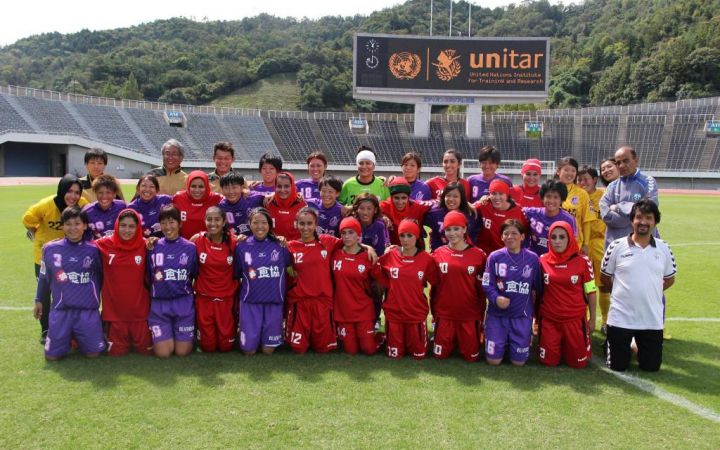 Friendly match between the women’s national football team and Angeviolet in 2015.

28 February 2021, Hiroshima, Japan – The NPO Hiroshima Yokogawa Sports Culture Club and the United Nations Institute for Training and Research (UNITAR) are pleased to announce the signing of a memorandum of understanding (MOU) that will strengthen their mutual commitment to using the power of sports in pursuit of peacebuilding. Activities covered by the agreement will focus on sustainable development, gender equality and the empowerment of women and youth.

The relationship between the two organizations dates back to 2015 when they hosted the Afghanistan women’s national football team for a weeklong needs-based training workshop that focused on leadership, team-building and communication. Hosting a second visit by the team in 2017 further solidified the partnership. 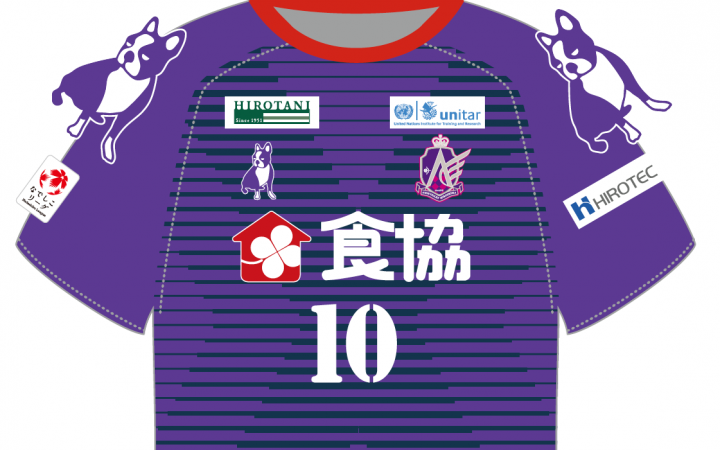 The Angeviolet uniform with the UNITAR logo. ©2021 Angeviolet Hiroshima

During the 2015 visit, the women’s national football team learned how Hiroshima recovered from the destruction of the atomic bomb and transformed itself into a “City of Peace,” and laid a wreath at the Hiroshima Peace Memorial. It also participated in a cultural exchange with the students of Bunkyo High School, experiencing Japanese cultural traditions such as kimono wearing, the traditional tea ceremony, and Japanese archery. A highlight of the trip was a friendly match with Angeviolet, the women’s football team beloved throughout Hiroshima Prefecture.

“Through the collaboration with UNITAR training programmes for Afghanistan women’s football players in 2015 and 2017, we learned about other cultures and realized the importance of a peaceful society where anyone can play football,” said Mr. Akira Mitogawa, Chairperson of NPO Hiroshima Yokogawa Sports Culture Club. “The Angeviolet team players do not play full time; they also work during the day. By showing their passion for both football and work, we hope the team can encourage the community, give youth hope and contribute to women’s empowerment. We believe this is the same spirit in which UNITAR engages in its work for peace and prosperity. We look forward to collaborating with UNITAR and together contributing to a better society, a better world.”

In recognition of the new partnership, the Angeviolet uniforms will carry the UNITAR logo.

“Sports are a powerful tool for finding common ground, driving social change and fostering peace. In addition to its physical benefits, sport empowers players both on and off the field, building confidence for the athlete and comradery among teammates and competitors,” said Mihoko Kumamoto, Director of UNITAR Division for Prosperity, which is based in Hiroshima. “We are so pleased to further our partnership with the Hiroshima Yokogawa Sports Culture Club and look forward to exciting collaborations that will benefit our constituents throughout the city.”

About UNITAR, Division for Prosperity: The United Nations Institute for Training and Research (UNITAR) provides innovative learning solutions to individuals, organizations and institutions to enhance global decision-making and support country-level action for shaping a better future. Headquartered in Hiroshima, the Division for Prosperity offers world-class learning and knowledge-sharing services to present and future change-makers from developing countries, particularly youth and women, that are designed to shape an inclusive, sustainable and prosperous world. Our programmes are dedicated to addressing growing inequalities, working in solidarity with diverse partners at the local, regional and global levels to the global development agenda (SDGs) through impactful innovative training and learning opportunities available to people around the world.