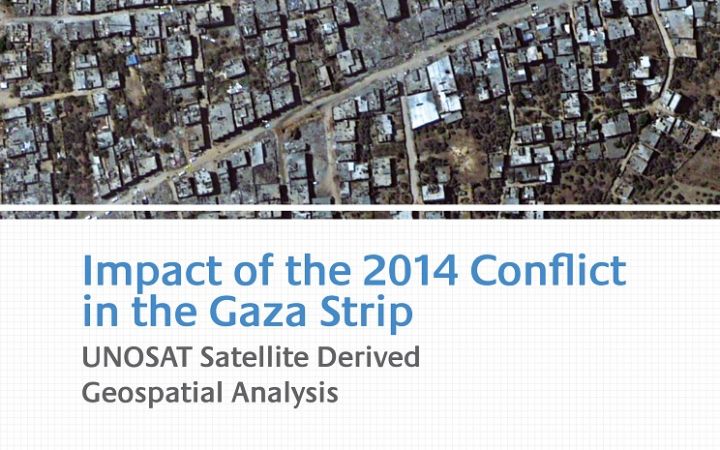 This satellite derived geospatial analysis documents damages over the Gaza Strip following the July-August 2014 conflict. It is based on analysis of commercial satellite imagery and quantifies damage to overall building structures, health facilities, education facilities, agricultural fields and greenhouses. The study also compares damage from the 2014 conflict to that of the 2009 conflict.

The analysis is supplemented by ground photos following UNOSAT deployment to Gaza in September 2014.

The report is freely available for web viewing. 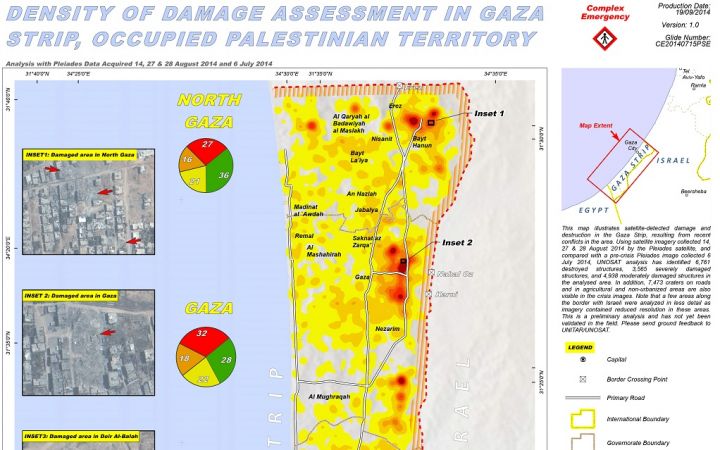 Concentrations of damage in the Gaza Strip are found overwhelmingly along the Armistice Line with Israel where building demolition was widely apparent in the analysed satellite imagery. Specifically, 74% of all damaged and destroyed buildings, as well as craters, identified by UNOSAT analysts were found within 3 kilometers of the Armistice Line. Analysis indicates that multiple districts within this area, such as Shejaiya and Bayt Hanun, were almost completely razed with the vast majority of structures completely demolished. It should also be noted that the remainder of the Gaza Strip also indicated damage, with more than 5,900 destroyed or damaged buildings and craters located more than 3 kilometers from the Armistice Line. Based on an assessment of crater size and building damage in those interior areas the source of such damage was likely airstrikes, though naval bombardment and impacts from some mortars and artillery are also likely to have caused some of the identified impacts. 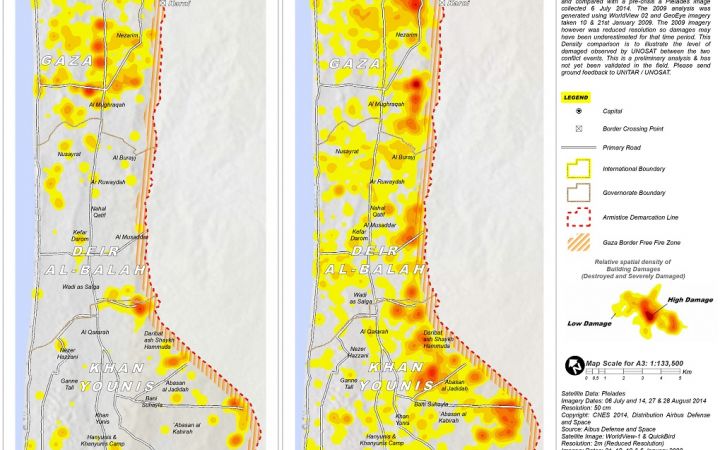 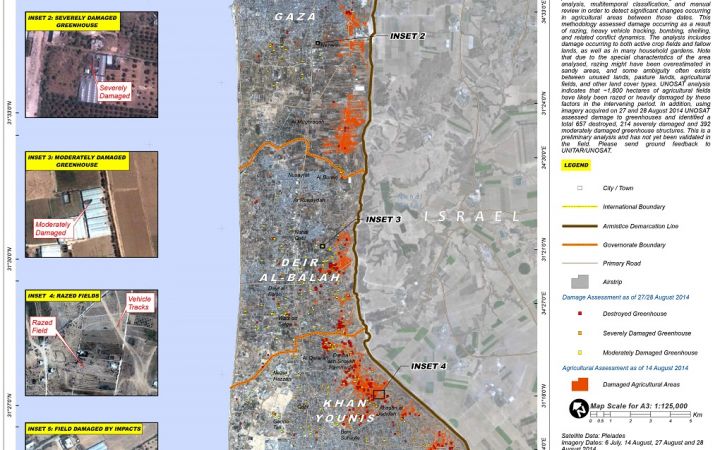 Analysis indicates that about 1,800 hectares of agricultural fields have likely been razed or heavily damaged by these factors during combat operations. In addition, a total of 657 destroyed, 214 severely damaged and 392 moderately damaged greenhouse structures were identified. These greenhouses are often made of plastic sheeting and were thus easily damaged when ordnance exploded nearby, and were often directly targeted by munitions or razing. 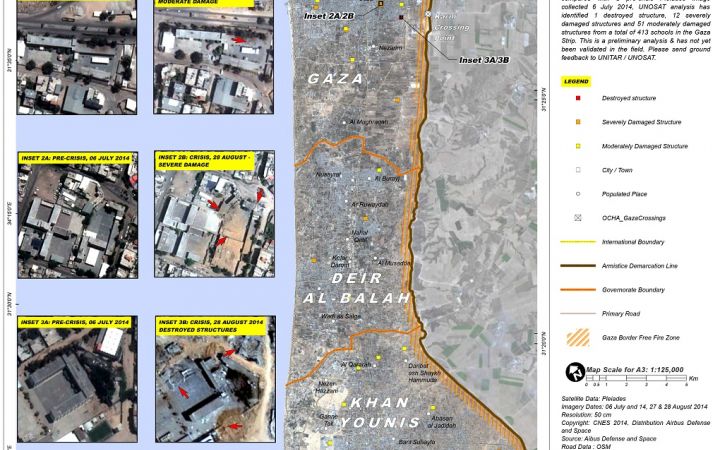 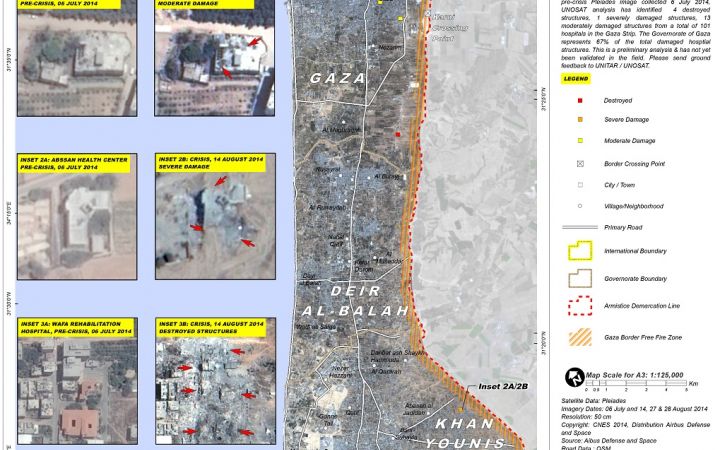 Damage to health facilities in the Gaza Strip was widely reported in the media. UNOSAT assessed damage and destruction to 101 health facilities of various types using reference data from the Palestinian Authority, the United Nations Relief and Works Agency (UNRWA), and Open Street Map to determine exact locations and thus which had been destroyed or damaged. Notably, this list of health facilities compiled by UNOSAT is likely incomplete, but it is the best available at the time of this study. UNOSAT visually reviewed the condition of each identified health facility in the same manner as its wider comprehensive damage assessment for all of the Gaza Strip.

View other Gaza maps and associated geodatabases available for download