Innovative Applications for the Humanitarian Community

Innovative Applications for the Humanitarian Community

29 September 2017, Geneva, Switzerland – Over the course of the past several weeks and months, UNOSAT has been working with partners to develop innovative applications for the humanitarian community by integrating geographic data into new systems. The idea behind these initiatives is to empower end-users by providing them with actionable information and/or in user friendly formats to improve impact from their job. 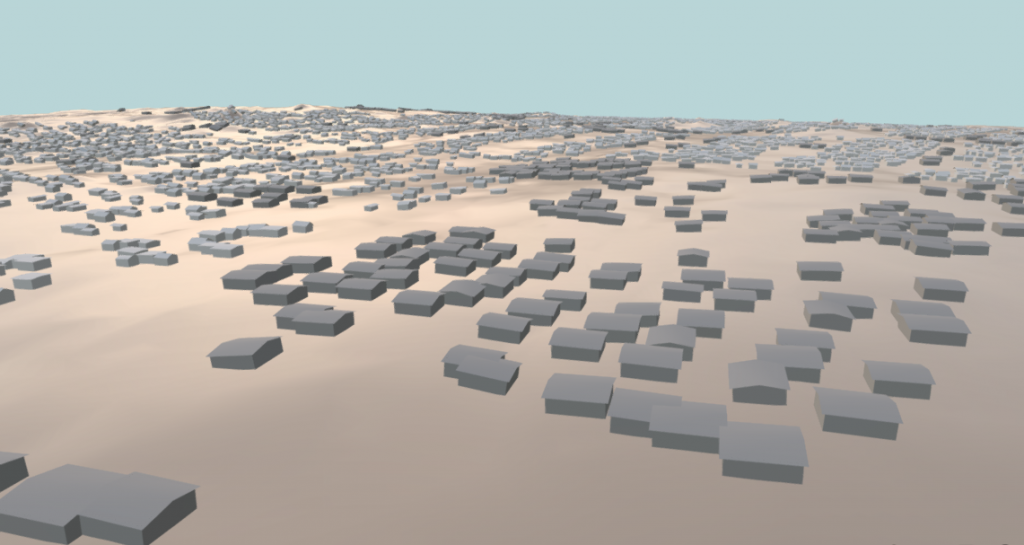 Examples of such innovations at UNOSAT are Virtual and Augmented Reality (VR & AR). Led by the video gaming industry, the world has seen impressive advances in this field in recent years, both in terms of hardware and software. Inspired by what VR and AR have to offer, UNOSAT has developed beta-solutions to convert GIS and drone data into a virtual reality space. This was demonstrated at our “GIS for a Sustainable World” conference in May, featuring in particular a complete 3D model of Al-Zaatari refugee camp, which can be navigated using a VR headset. Following the demo, UNOSAT received an invitation from Google to co-host an event on new data technologies at their European Headquarters in December 2017.

At this stage, UNOSAT’s primary objective is to develop content for training and visualization purposes for the humanitarian community. For example, before deployment field workers could familiarize themselves with conditions on the ground after a landslide, or camp planners could stand in the precise areas where seasonal floods may occur to determine where shelters should be built. Senior decision makers can be “teleported” to the place where a disaster has happened and see the situation for themselves. In the future, such applications may be extended to the public and linked to donations in order to help the affected population. This technology has the advantage of being able to collect, process, analyse and communicate information in near-real time. 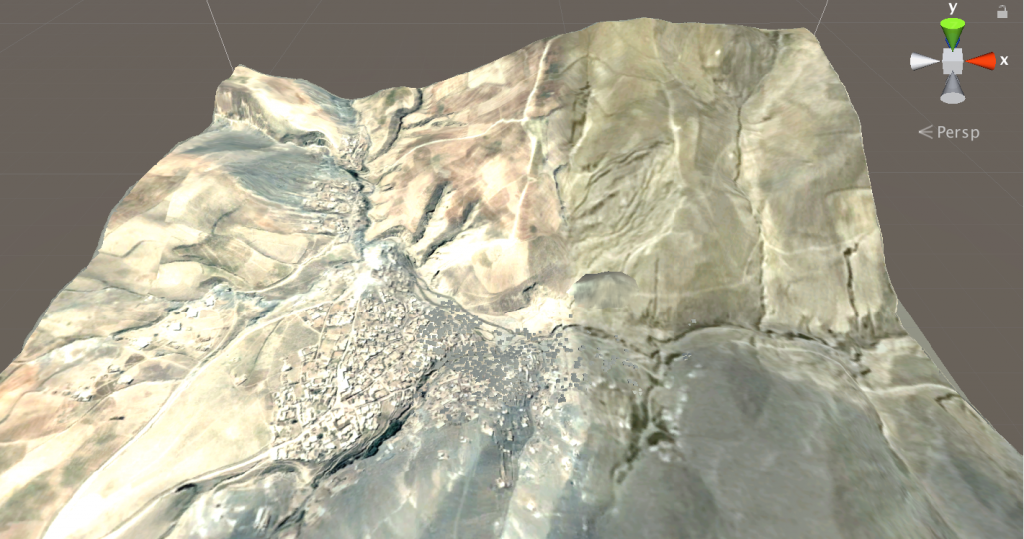 In this spirit, a CERN summer student joined forces with UNOSAT to develop a 3D terrain model of the Ab Barak landslide in Afghanistan and incorporated it into a virtual situation analysis space (see below image and video). Note that this is early development stage for such applications, but the video produced by the CERN summer student points to promising ways of collaborating during disasters. Moreover, in the context of the publication of a joint UNESCO-UNOSAT report entitled ‘Five Years of Conflict – The State of Cultural Heritage in the Ancient City of Aleppo’, UNOSAT is currently collaborating with ICONEM to develop 3D model of the Citadel of Aleppo using photogrammetry, a process which involved automatically assembling nearly one thousand drone and ground photos of the Citadel (see below image). These kinds of models enable us to document state of cultural heritage through perfectly replicated digital formats that can be used for conservation and reconstruction purposes. Finally, we are currently exploring the possibility of working with UNICEF to use VR technology to create simulations that would help people design and build infrastructure in refugee settlements. 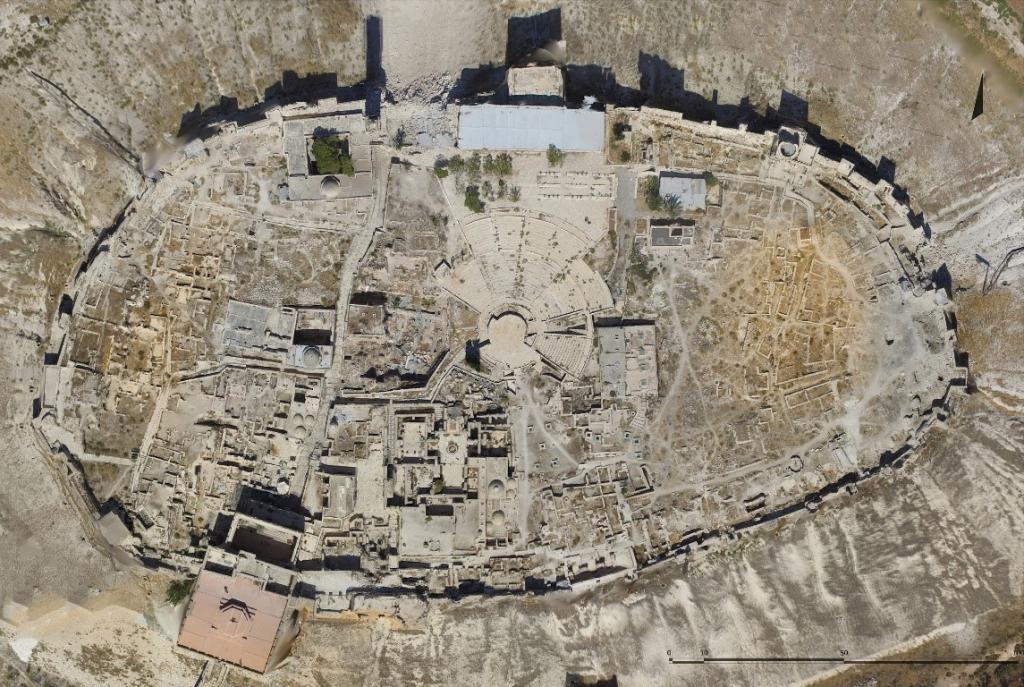 Hopefully Augmented Reality features can be added across the board in the future to provide additional “one-to-one” layers of information, seamlessly integrated in the software. We are still in the exploratory phase and the technology itself will undergo further transformations as it moves towards maturity, but UNOSAT has started this now in order to equip sister agencies and member states for the future.

On a separate note, but remaining on the topic of innovation, in recent weeks UNOSAT has collaborated with UNHCR Innovation to develop a predictive model to try to anticipate and apprehend migratory movements in Somalia and Syria as a result of various factors (food scarcity, security concerns etc.). UNOSAT´s role is to feed the model with satellite imagery derived geospatial data over the areas of interest. The model is currently still in its pilot phase.

We hope that these and other innovative applications will push the envelope in terms of what our colleagues can do in the field. Not only do we aspire to offer more flexibility in the future, but we aim to add value in terms of data availability, visualization and integration to benefit humanitarian and development actors across the globe. This work does require increased focus on innovation and incorporation of a culture of constant technological renewal.

The above applications have been developed with financial assistance from Innovation Norway.

The above projects were made possible thanks to: 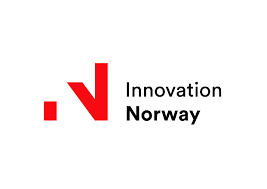 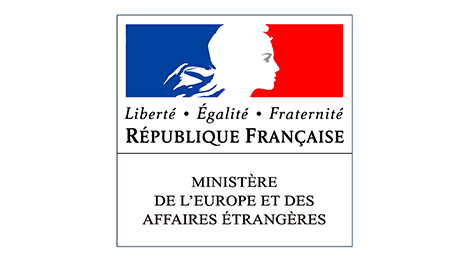 Video of the 3D model developed for the Ab Barak landslide, Afghanistan

Photo 2: Screenshot of a 3D model of terrain after the Ab Barak landslide, Afghanistan

Photo 3: Screenshot of a 3D model of the Citadel of Aleppo, developed in cooperation with ICONEM