Monitoring the Nyiragongo Eruption in DRC and Rwanda

4 June 2021, Geneva, Switzerland - The Nyiragongo volcano, situated northeast of the Democratic Republic of the Congo (DRC) started erupting on 22nd May at night. The fast-running lava flows and intense seismic activity threatened millions of people in this border region with Rwanda and called for the evacuation of hundreds of thousands.

UNOSAT’s rapid mapping service was activated on 23 May 2021 morning by the United Nations Office for the Coordination of Humanitarian Affairs (UNOCHA) in Goma, DRC. The activation covered the area around Goma, DRC, and Gisenyi, Rwanda.

UNOSAT immediately triggered the International Charter Space and Major Disasters to access all available satellite images over the area and began to carry out preliminary assessments on the lava flow extent, its direction, and damages caused. A strong coordination with several institutions began to make relevant data available and UNOSAT was appointed project manager.

The products and data were swiftly disseminated to the relevant stakeholders and made available on our website. The Live Webmap gathered different information including geological information on vents and fissures detected from satellite images provided by the Charter.

The lava flows emerged from vents north of Goma, a city of 2 million inhabitants, and stopped 700 meters from the airport, destroying over 1400 houses on its path and killing several people. With lava so close to its runway, the airport had to be closed, despite being the main entry point for international aid. The water waste plant was also buried by lava. The displacement of the population, limited access to clean water, and the general lack of emergency resources are big concerns.

Despite encouraging signs of stabilization in the last days, UNOSAT’s rapid mapping team remains mobilized and is monitoring the situation. 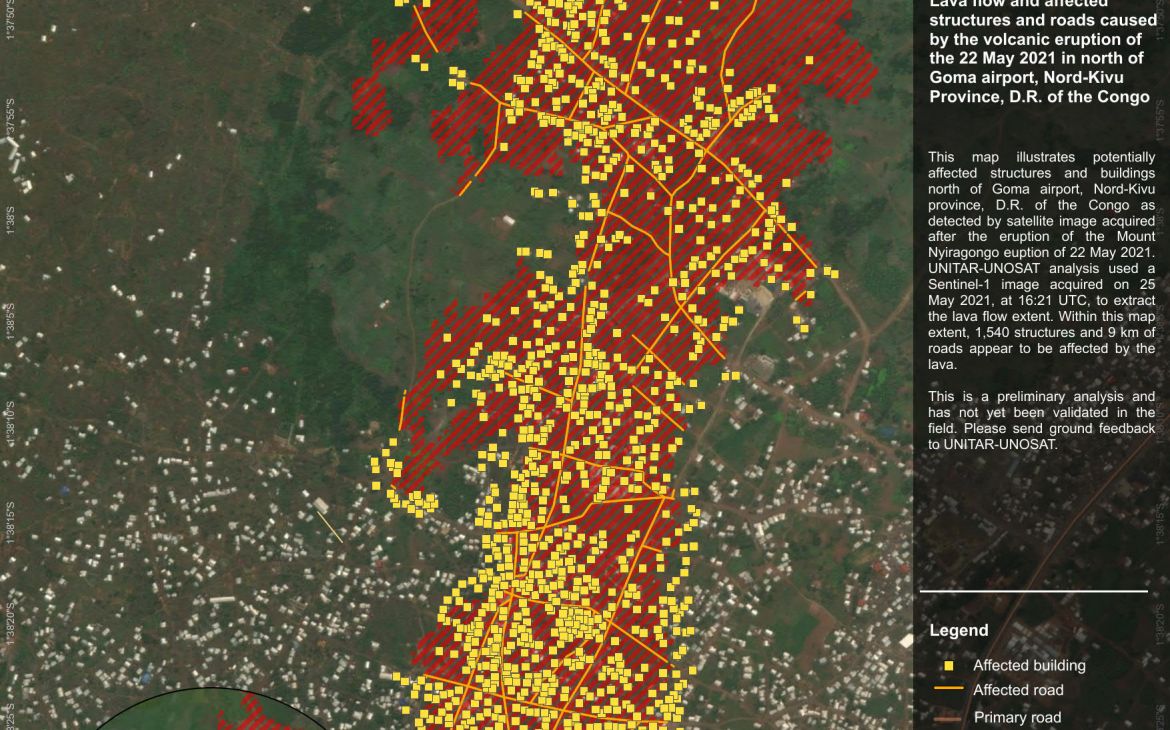 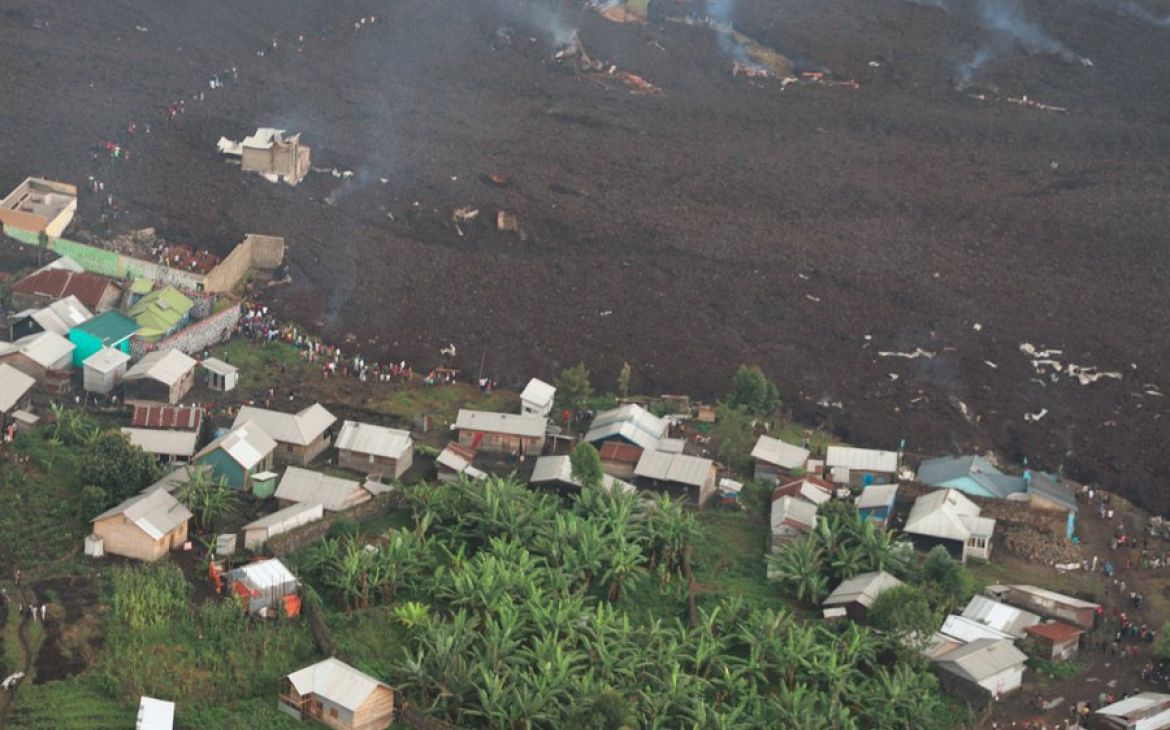