Practical Preparation for Membership in the United Nations Security Council

8-14 September 2021, New York, USA - The United Nations Institute for Training and Research (UNITAR) New York Office concluded a private Security Council training program for Ghana’s delegation. Ghana is one of the newly elected five countries to serve as non-permanent member of the United Nations (UN) Security Council for the 2022-2023 term. The training, which lasted for five days and attended by approximately 75 participants, provided participants with knowledge, information, and recommendations on the Security Council. It also included topics such as the formal and informal Council meetings, practices and outcomes, case studies, working methods, what makes a successful term on the Council, among other vital topics. 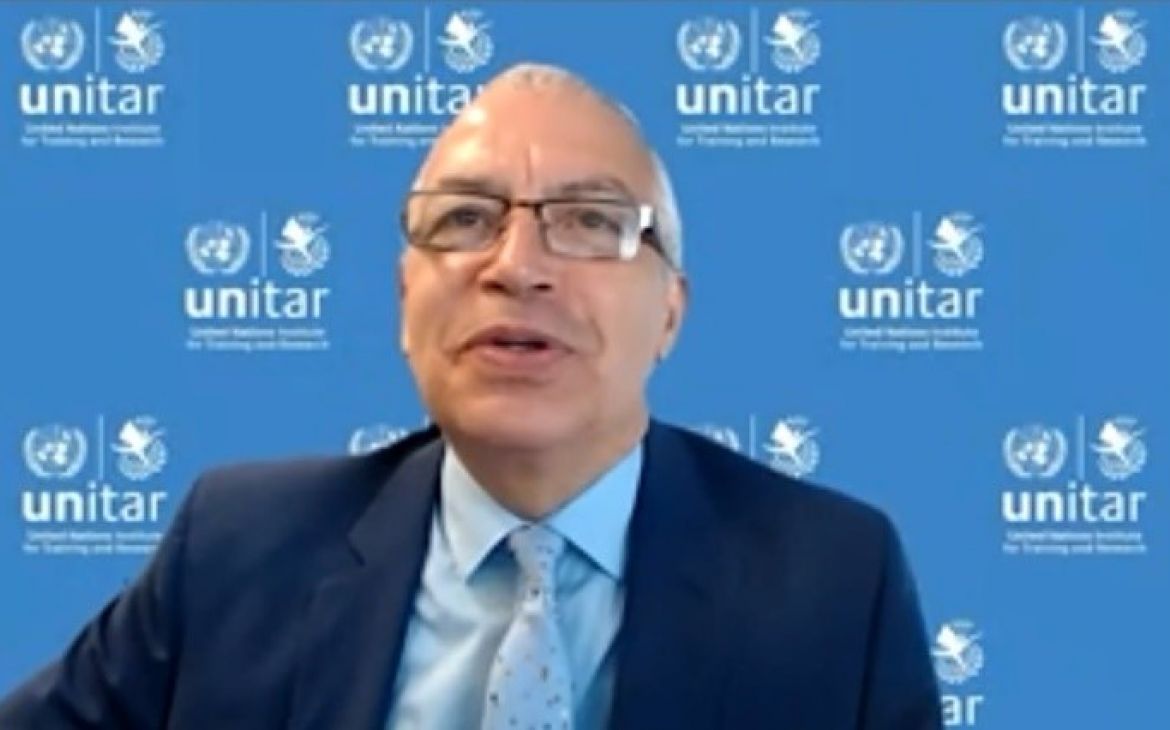 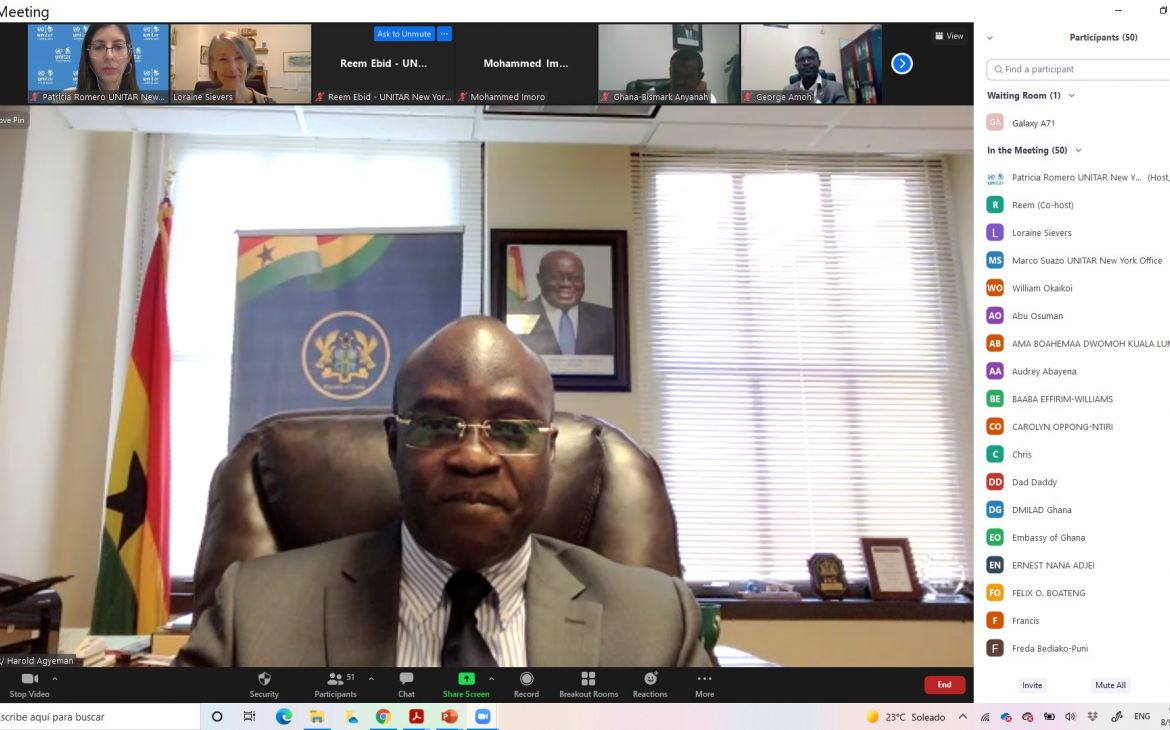 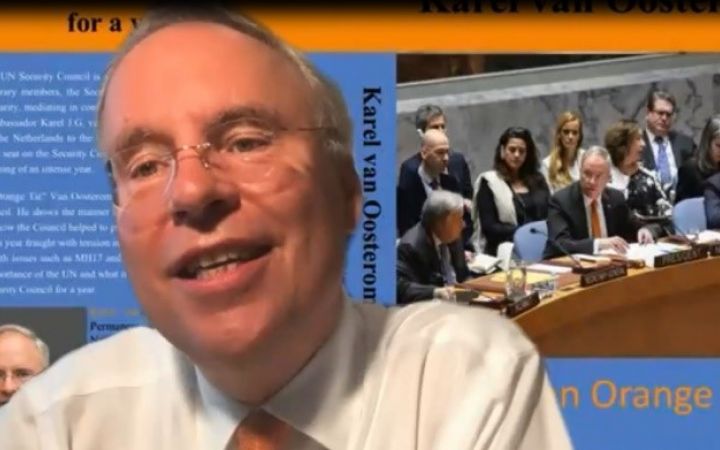 Ambassador Karel van Oosterom, discussed the difference between discussions and results, stating that they don’t always match in terms of resolutions. He talked about procedural challenges, and how to face them and some recommendations based on his experience and act to be taken while supporting his words with examples or situation he faced with his team.

Mr. Oosterom briefly talked about the UN unwritten rules and mentioned that Ghana shouldn’t be intimidated by other countries and shows them they can make a difference. He stressed on the importance of personal relations and having a good sympathy positively influences policy discussions and makes an impact in the Council.

Mr. Job Maarleveld, First Secretary at the Political Department of the Netherlands, supported H.E. Ambassador van Oosterom’s speech by providing the participants with some recommendations to put into practice. He talked about the importance of prioritization on your work in the Council explaining what the Security Council is and works for and the crisis the Council may faces. “Find an important purpose and try to make a difference where you can see you can add value”, Mr. Maarleveld said. 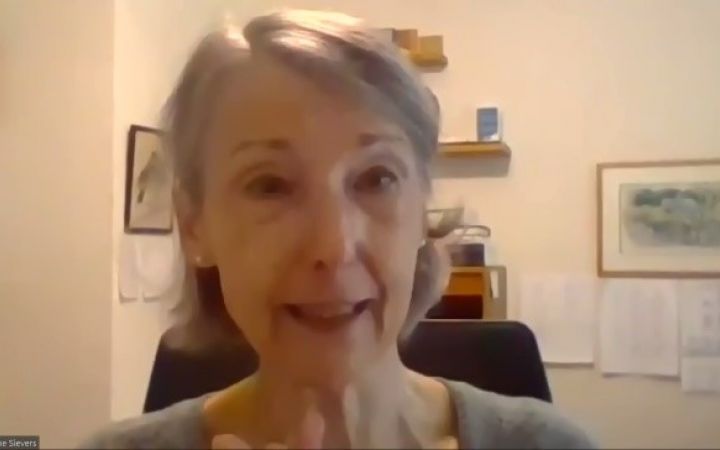 Mr. Suazo introduced Ms. Loraine Sievers, co-author of “The Procedure of the UN Security Council” and former Chief of the Security Council Secretariat Branch. She welcomed the participants and started talking about the wrap up session and how to make it more interactive using some examples. She then went through the six bases of procedure and working methods and explaining how the COVID-19 situation affected some processes such as the preparation of informal meetings.

Ms. Sievers talked what the summary statement is, when it is added and what it reflects.  She discussed the three types of agendas while providing examples of agenda items. Ms. Sievers talked about the situations of the Middle East and the agenda item, peace and security in Africa. She mentioned that there are several specific thematic agenda items; most of these cases the Secretary-General is often asked to issue a report. Ms. Sievers provided the program of work of the Security Council for September 2021. In addition, she mentioned the difference between formal and informal meetings formats and detailed the two types of formal meetings that occur. 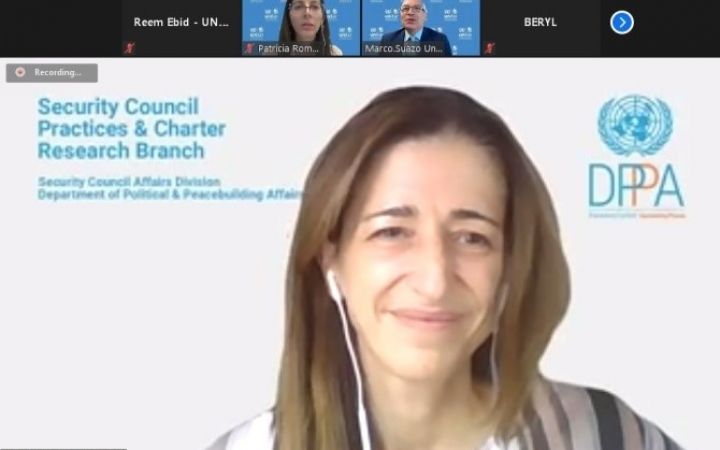 Ms. Montejo began her session informing about the relationship of the Security Council to the General Assembly and what differentiates both. Key provisions of the UN charter as well as the importance of Articles 10, 11, 12, 14, and 24 were briefly explained.

She also updated on actions that can be taken depending on the support Members have at the Council. She provided comments on collaboration aspects within the Council with an example of parallel resolution of peacebuilding and sustaining peace. She also mentioned General Assembly’s recommendations to the Council in general and on specified questions, main areas of collaboration on the maintenance international peace and security, elections, and appointments. She briefly talked about the annual notifications and annual & special reports to the General Assembly that have to do with the earlier discussions in terms of what the Security Council deal with. 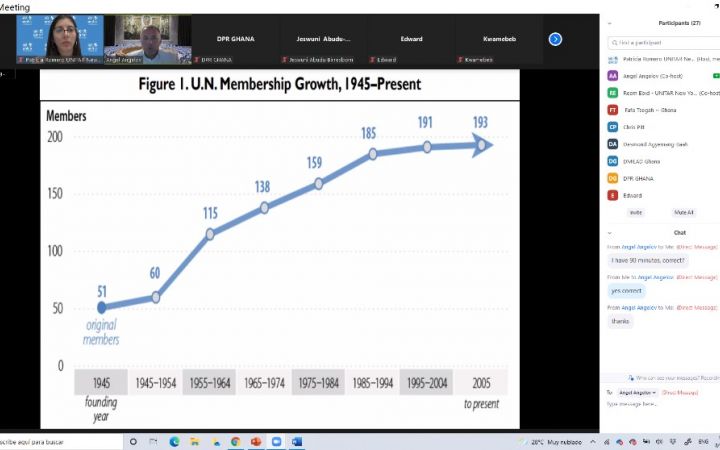 The programme then moved and Dr. Angel Angelov, UNITAR facilitator, discussed the two types of players in the General Assembly which are Member States and Groups. He explained what States are, presented a UN membership growth graph, and explained the history behind the UN memberships. Also, he added how countries applied and how Member States managed to balance and accept them. Dr. Angelov briefly went through how the first Sub-Saharan country was accepted as a UN member. He talked about Observer Missions and moved on to discussing the Groups. He talked about Member States and how important they are to the Security Council either permanent or non-permanent members. An interactive Q&A Session took place afterwards.

Interventions on resources on Security Council Practice and IWG on documentation and other procedural questions, as well as case studies of issues arising at formal and informal meetings, were delivered by Mr. Bojan Stefanovic and Mr. Eoghan McSwiney, respectively.

Ms. Loraine Sievers took over the floor discussing the importance of the subsidiary organs. She talked about documentations of subsidiary bodies, informal working group on documentation and other procedural questions. She then briefly discussed the presidency and consultations. Ms. Sievers talked about the importance of the order of speakers and how the COVID-19 situation transferred from in-person meetings to VTC. She briefly explained credentials and the role of the Credentials Committee. Ms. Sievers discussed peacekeeping operations and mentioned how and why they are considered subsidiary bodies. Moving towards the end of the session, Ms. Sievers discussed what makes a success term on a Council, while providing the participants with some advises. Q&A session took over at the end of the session. 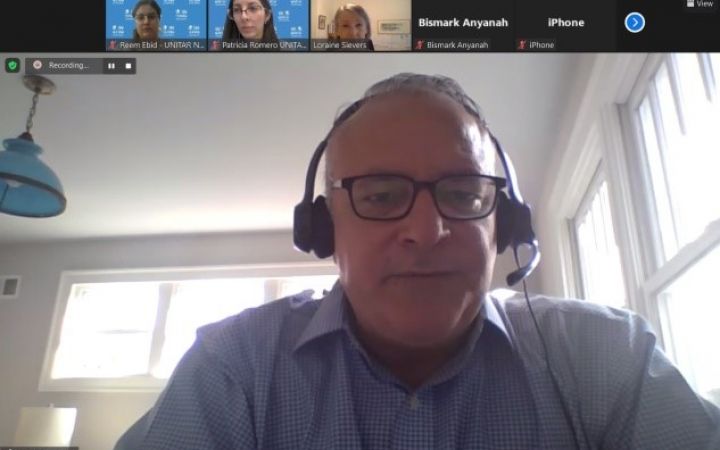 In the final part of the programme, Mr. Davey McNab, Senior Political Affairs Officer at the Security Council Subsidiary Organs Branch (SCAD), provided an overview of Security Council subsidiary bodies. He discussed the day to day responsibility of the chair and the chair’s team and briefly went through formal and informal meetings and consultations. Mr. McNab mentioned that each Committee has number of expert panelists. Q&A session took place between Mr. McNab, Ms. Sievers and participants. He discussed in detail the working methods of the Committees along with independent consultants, an area of his expertise.

The Head of UNITAR New York office closed the session thanking H.E. Ambassador Mr. Harold Agyeman, Permanent Representative of Ghana to the United Nations who showed his appreciation for this training course and how informative it was.