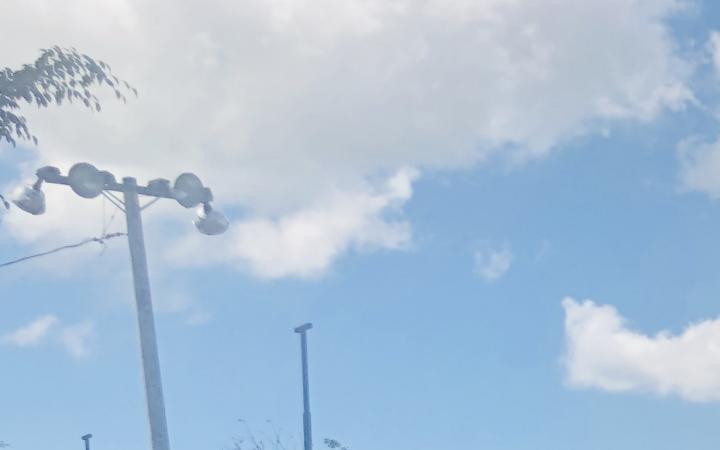 The training was the first of its kind in the Dominican Republic, bringing together government authorities responsible for road safety and post-crash response. 110 officials from the National Institute of Transport and Transit (Instituto Nacional de Tránsito y Transporte Terrestre – INTRANT), the Ministry of Health, the National and City Police, as well as first responder agencies took part in the training to learn about safety belt and child restraint laws in different countries and how they can be applied in the local context, as well as to observe injury care techniques, especially for children.

It is estimated that 99 children between the ages of 0 and 14 years lost their lives in a road traffic crash in the Dominican Republic in 2017.  The training placed especial emphasis in children’s road safety and presented an overview of existing child safety seat laws and its possible application in the Dominican Republic. Mr. Josep Maria Valles, road safety expert discussed US and European laws that require the use of seat belts and child restraint devices by drivers of motor vehicles.

During the training, Mr. Antonio Lucas, Director of CIFAL Madrid explained the proper use of child restraint systems and its characteristics, as well as the damage collected by a child in a crash if not restrained.  Campaigns to raise awareness and methods to educate the community as a whole about the importance of using child restraint systems were also presented by the Dominican Automobile Club.

The second day of the training was dedicated to conduct a rescue simulation in the event of a road traffic crash involving children. Officials from the agencies involved in the provision of first professional emergency care in the Dominican Republic participated in the practical training, including INTRANT, the National Road and Traffic Safety Agency (DIGESETT) the local police (COMIPOL), the Ministry of Public Works and Communications (MOPC), as well as officers from the Civil Defense Corps, Fire Fighters Corps and the 911 emergency alert system.

Emergency care is one of the key elements of post-crash support. During the simulation, Mr. Raul Esquinas creator of the technique “SIPE” along with the rescue team of ARTE conducted a practical exercise on emergency care techniques that first responders can use in the event of a crash that involves children. The overall objective of the simulation was to identify the essential roles each agency has in the emergency care system, gaps that may exist, and to pinpoint actions for system improvement, including child-sized medical equipment and supplies.

Delays in detecting and providing care for those involved in a road traffic crash increase the severity of injuries and can make the difference between life and death.  Optimal emergency care provided by a responsive system that can rapidly dispatch equipped ambulances with trained providers, as well as conduct vehicle extrication services where needed can contribute to improve basic care at the scene of a crash, and ultimately contribute to save lives. 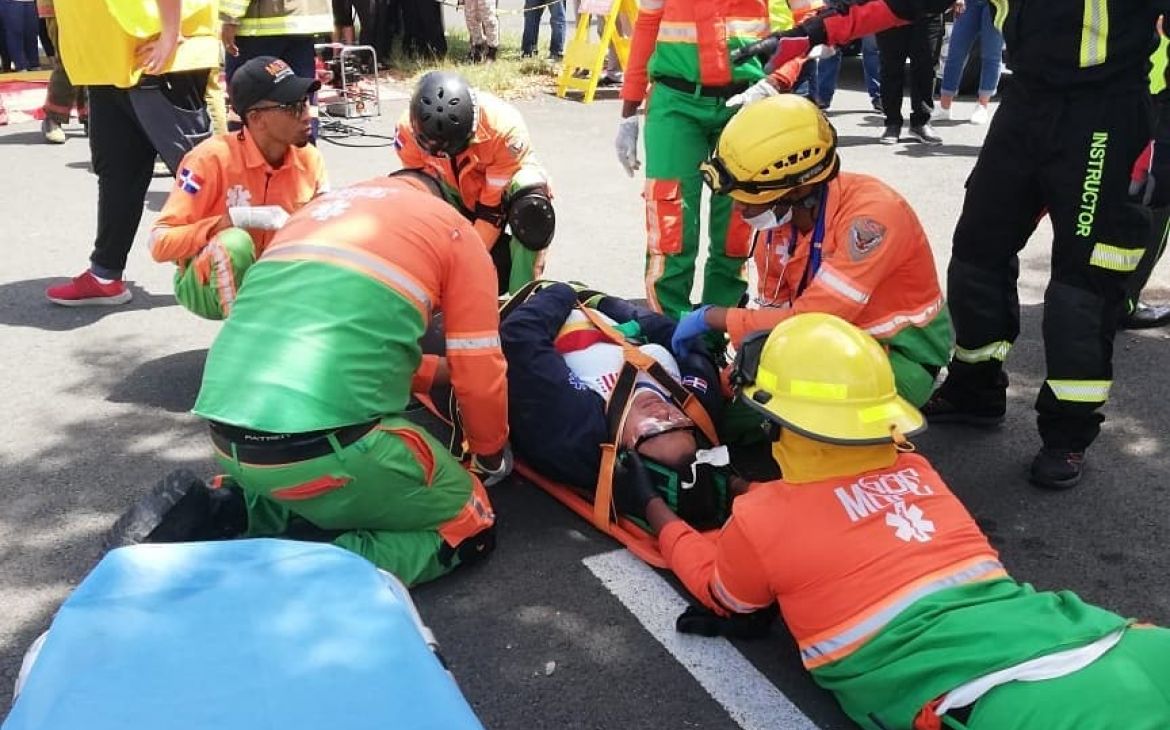 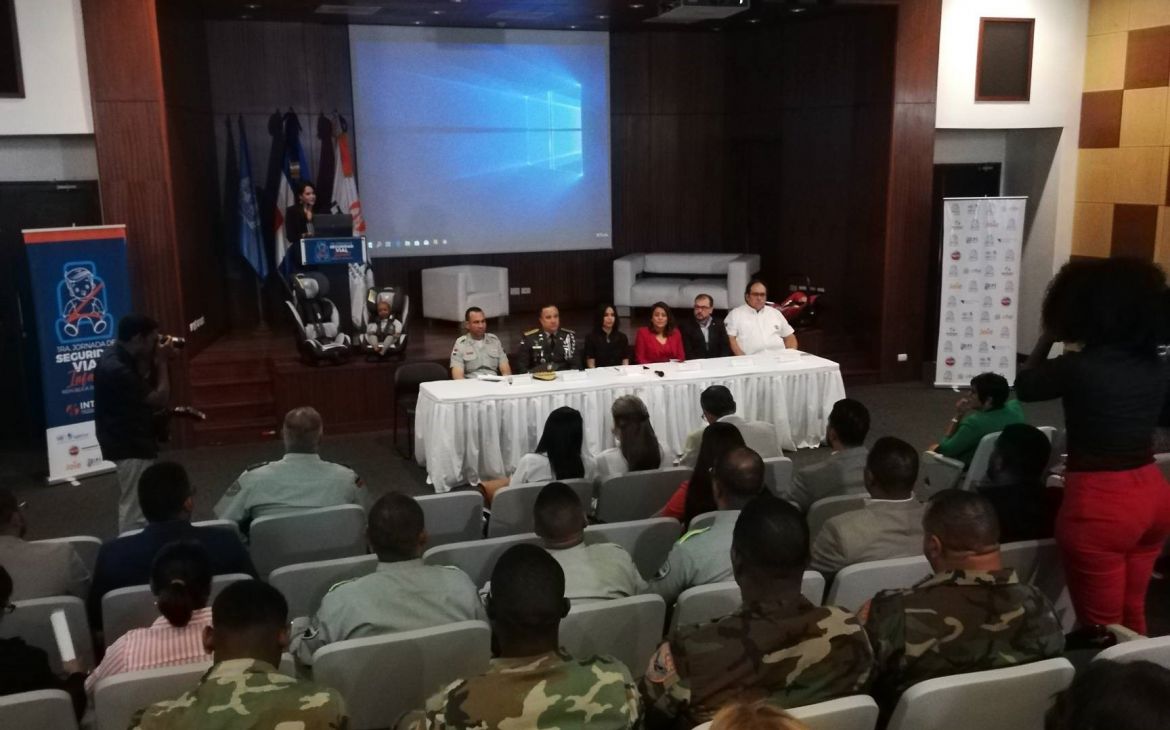 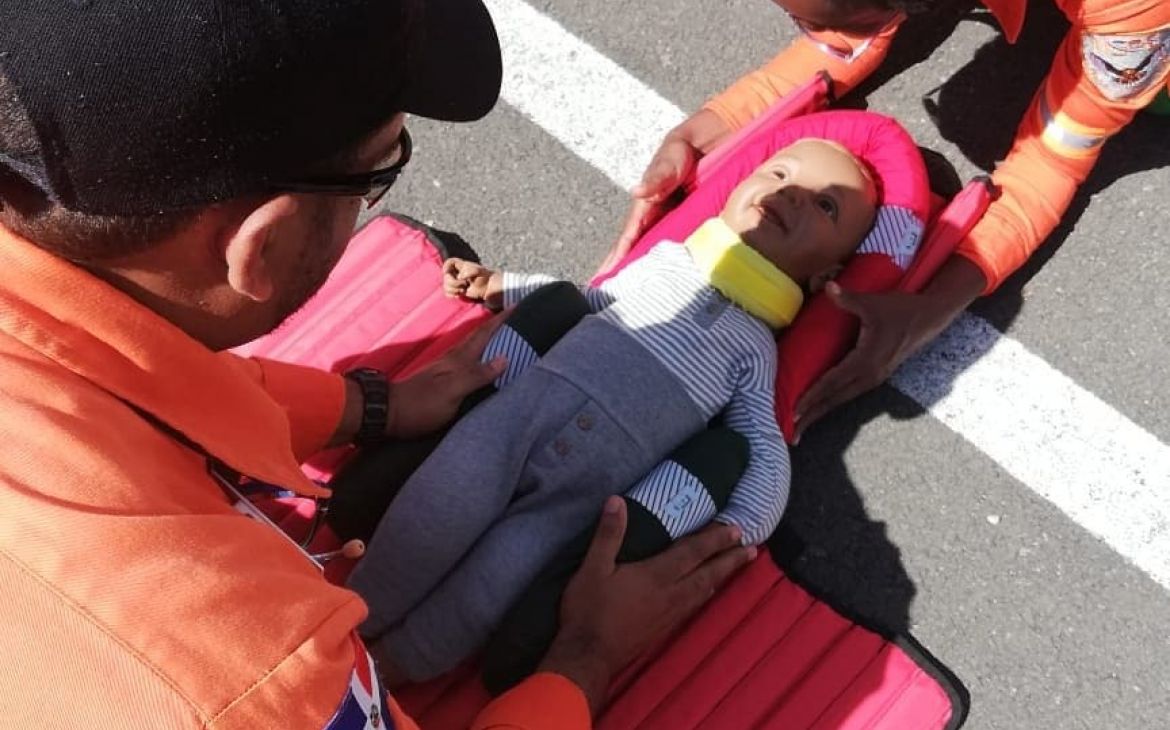