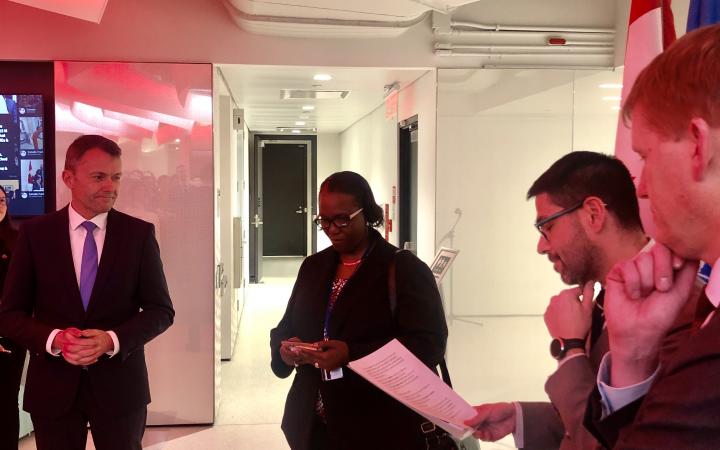 14 February 2020, New York, USA – On Thursday night, 13 February, the United Nations Institute for Training and Research (UNITAR) New York Office attended the reception co-hosted by the Permanent Mission of Canada in celebration of the completion of the Women in International Security and Cyberspace Fellowship training organized by UNITAR and sponsored by the Australian Government.

The reception opened with remarks delivered by the Permanent Representative of Canada, H.E. Mr. Marc-André Blanchard, and the Deputy Permanent Presentative of United Kingdom of Great Britain and North Ireland, H.E. Mr. Jonathan Guy Allen. They welcomed the guests, and then congratulated on the achievements of participants. They expressed how encouraging and exciting it was seeing females taking more leadership positions in the cyber space, especially in the field of cyber security.  The Permanent Representative of Switzerland, H.E. Mr. Jürg Lauber, remarked that the goal of achieving gender equality in the field of cyber security was not only emphasized through this training, it was also realized by the overwhelmingly amount of leading positions that women have taken on the negotiating tables. The training supported women negotiators and helped achieving gender equality in the duration of the statements made by men and women during the negotiations of the the Open-Ended Working Group on Developments in the Field . It was a remarkable accomplishment in promoting gender equality in the professional field. 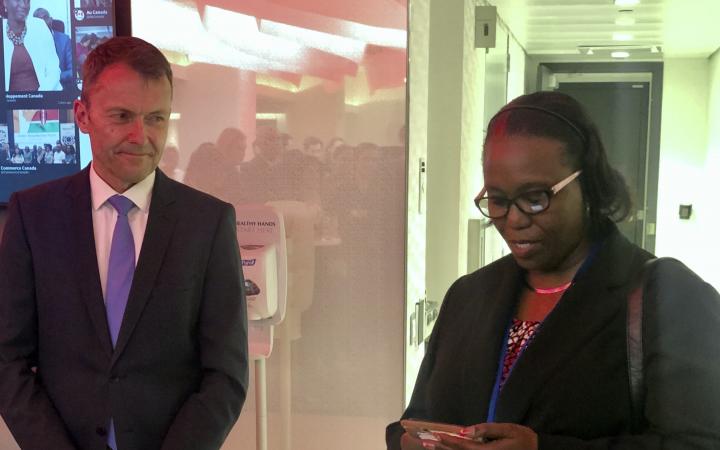 The highlight of the night was a speech delivered by one of the participants: Ms. Gordina G. Hector-Murrell. She showed her appreciation to the governments who have sponsored this event and the participants, and she also mentioned that the UNITAR has been incredibly helpful by organizing and carrying out this informative, and highly timely training programme.

The reception then proceeded with a brief certificate ceremony. All the participants have received their certificates, marking a successful ending to the fellowship programme. 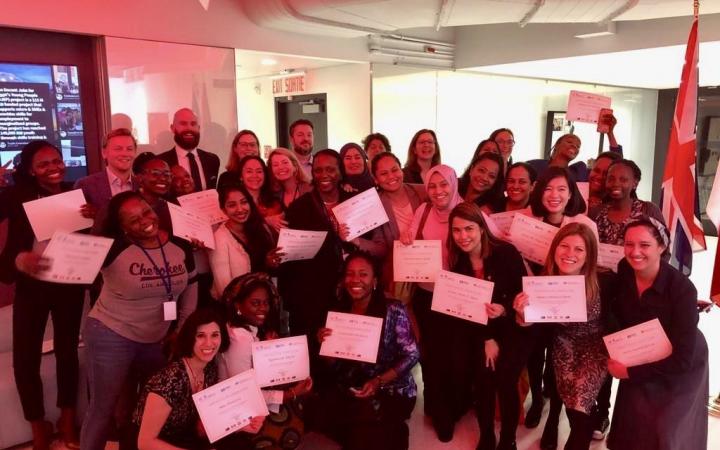 The fellowship programme has been a successful collaboration between UNITAR and Australia, United Kingdom, Netherlands, New Zealand and Canada . The feedback of this past fellowship programme were extremely positive. The participants gained ample knowledge and tangible skills in the field of negotiation. As the alumni for this cohort are ready to embrace their new journeys and apply it into the field of cyber security, UNITAR will host next cohort in July 2020 on the same topic in collaboration with Australia, Canada, Netherlands, Britain, and New Zealand this summer in July 2020.