UNITAR holds virtual workshop on the structure, drafting and adoption of the United Nations Resolutions. 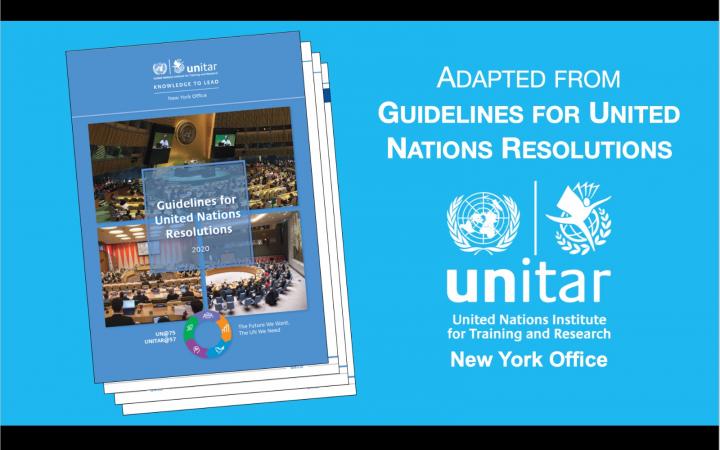 14-15 July 2020, New York, USA, Zoom Workshop - The United Nations Institute for Training and Research's (UNITAR) New York Office organized a two-day virtual event, “The Structure, Drafting, and Adoption of the United Nations Resolutions” on 14-15 July 2020. This training was supported with funding allocated from the Swedish International Development Agency’s (SIDA) contribution to the UNITAR Strategic Framework Fund, under the programme ‘Leveling The Playing Field’ which focuses on the development of skills and knowledge of Least Developing Countries. The workshop was attended by approximately 120 delegates from Permanent Missions to the UN who joined virtually from around the world. Mr. Marco A. Suazo, representing UNITAR’s New York Office, opened the seminar and briefed the event’s topic of UN resolutions and introduced panelists. 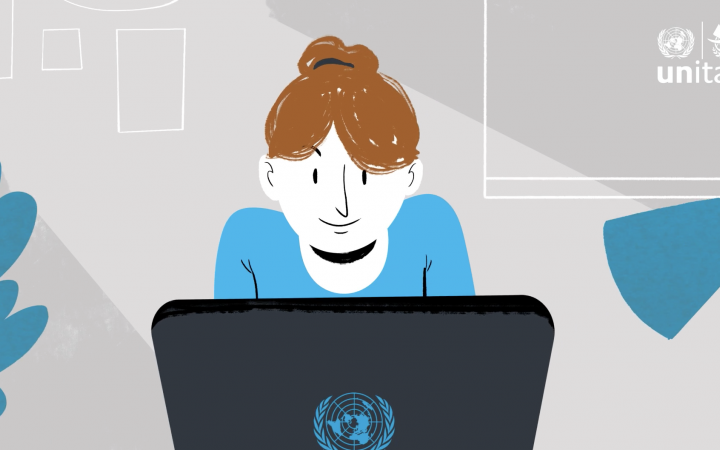 Mr. Suazo announced UNITAR’s forthcoming handbook on Guidelines for United Nations Resolutions and additionally spoke about UNITAR’s efforts to develop new tools for delegate training in light of COVID-19, thanking participants for their eagerness to learn in a distance setting. Mr. Suazo thanked both panelists, Ms. Sonia Elliott, Secretary of the First Committee, Disarmament and International Security, and Mr. Larry Johnson, Adjunct Professor of Law at Columbia Law School and former UN Assistant Secretary-General, Legal Affairs, for their presence and knowledge-sharing. After this brief remarks, he also introduced the cartoon-based animation based on the procedures outlined in the guidelines. The video is an user-friendly and streamlined way of understanding the core process for drafting a United Nations Resolutions. 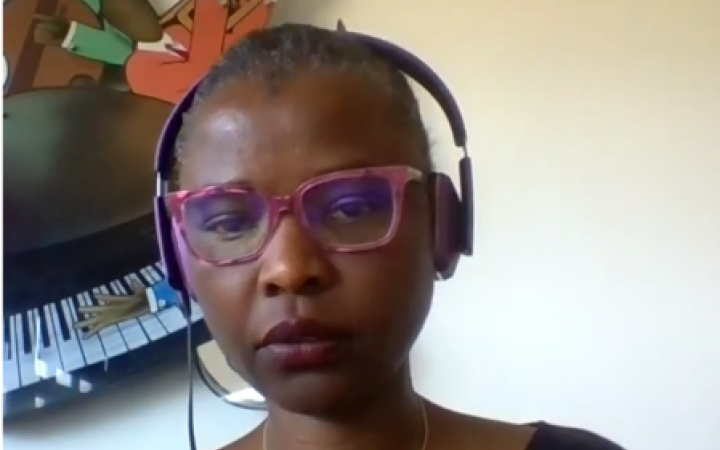 Session I on the Agenda of the Assembly was led by Ms. Sonia Elliott, Secretary of the First Committee, Disarmament and International Security. Ms. Elliott overviewed the annual process to include items in the agenda of the General Assembly for UN resolutions, whose process starts with the preliminary list in February and continues until the very last moment that an item can be added. She also explained who can propose items for the agenda and deadlines for inclusion. In addition, Ms. Elliott explained to the participants how they would go about requesting the inclusion of an item, the composition and role of the General Committee, the existence of exceptionally important issues that can be included even after the session begins, and the process of negative recommendations. This presentation was followed by a Q&A session wherein participants posed many questions for consideration and facilitated stimulating discussion.

At the conclusion of the Q&A session, Ms. Elliott continued with Session II on Preparing a Draft Resolution. She spoke on the practical aspects and legal implications of drafting UN resolutions. Ms. Elliott explained researching precedents of similar resolutions as well as their legal effects, the preambular and operative parts of draft resolutions, titles of resolutions, appropriate terminology, and the programme budget implication (PBI) of resolutions from different parties’ viewpoints. She discussed the role and decision-making of the Fifth Committee and the Advisory Committee on Administrative and Budgetary Questions (ACABQ), the traditional and contemporary nature of L Documents, management of trust funds, and the difference between GA decisions and resolutions. Ms. Elliott then discussed the list of co-sponsors, the spokesperson who serves to introduce the draft resolution, and the coordination and numbering of the draft resolution. Ms. Elliott then opened up the floor for another intensive Q&A session with participants. 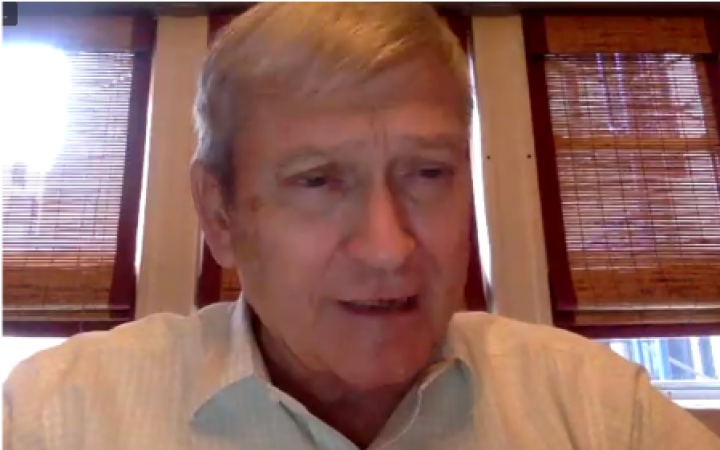 Following a break for lunch, Mr. Suazo then introduced the afternoon session’s panelist, Mr. Larry Johnson, Adjunct Professor of Law at Columbia Law School and Former UN Assistant Secretary-General, Legal Affairs, who led Session III on Drafting of Resolutions, Negotiations, and Submission. Beginning with the process of negotiations, Mr. Johnson touched on the importance of defining objectives, priorities, and options. He specifically mentioned the importance of language usage in obtaining broad support for a resolution, however also stressed the danger of using ambiguous language as this allows for many interpretations. Mr. Johnson then explained the role of consultations between co-sponsors and non-sponsors, as well as creating, assessing, and analyzing information collaboratively. He acknowledged the importance of this process and how this contributes to both contested and consensus resolutions. Mr. Johnson also explained the difference between GA and Security Council resolutions and when it is best to submit these resolutions. This led into an additional Q&A with participants, which then concluded the training for the day. 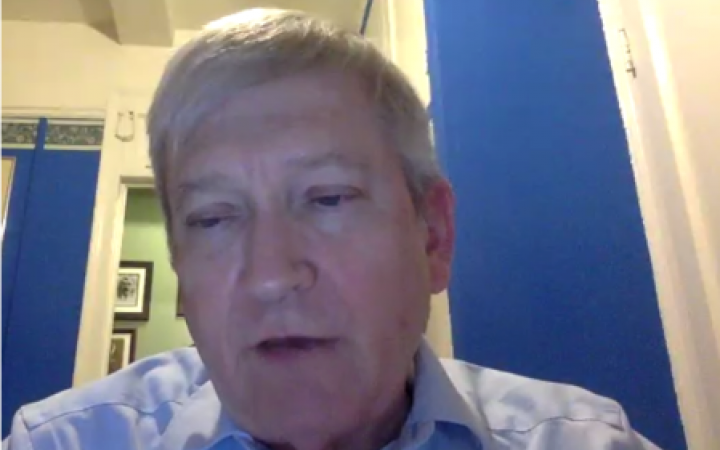 On the second day of training, Mr. Suazo welcomed the returning participants and again introduced Mr. Larry Johnson to facilitate Session IV on Decision-Making. This session was focused on the rules of procedure when it comes to resolutions. Mr. Johnson touched upon the different decision-making systems of the GA and the Security Council, and explained the decision-making mechanism for resolutions. A thorough study of the rules and procedures of the General Assembly taught participants how to use such procedures strategically. The concept of quorums was explained, as was the procedure for amending and revising a draft resolution. Mr. Johnson also outlined the various procedural motions involved, such as Rule 74 (the adjournment or “no-action” of a debate), Rule 75 (the closure of a debate), and the suspension or adjournment of a meeting.

Mr. Johnson then continued with an explanation of voting procedures. This began with an overview of the right to vote, in reference to Article 19 of the UN Charter. Mr. Johnson moved on to a discussion on voting procedures for amendments versus voting on specific paragraphs. The required majority necessary to accept a draft resolution was explained, as well as the differences between majorities in the GA versus the Committees. The withdrawal of proposals and when this is permitted was also acknowledged. A Q&A was then conducted with the participants. An interesting question arose from the topic of voting rights in the context of COVID-19, involving the right to vote if a member state was in arrears on payment due to implications of the virus. This served as a convenient segue into the last remaining session of the training, which would commence following a brief break. 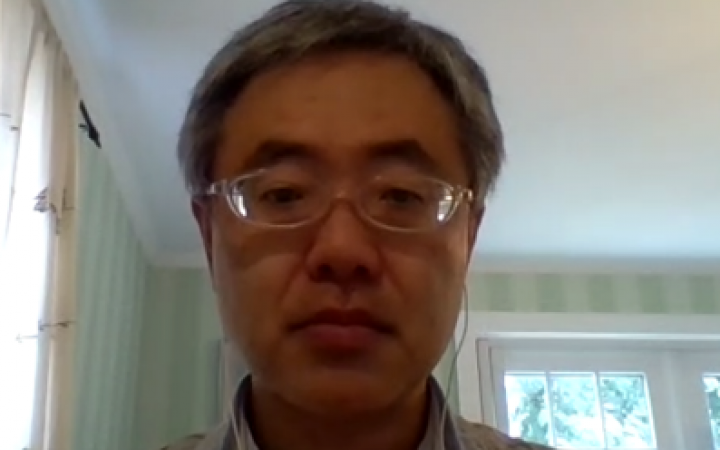 After the break, participants returned for Session V on Decision-Making in the Time of COVID-19, led by Mr. Kenji Nakano, Chief of the General Assembly Affairs Branch. Mr. Nakano spoke on procedures now that in-person meetings of the GA are prohibited and specifically outlined the Silence Procedure that has been adopted. This procedure requires the circulation of draft decisions and resolutions of the GA to member states and, if silence is not broken within 72 hours, the decision is considered adopted. Mr. Nakano explained that these procedures are officially in place until the end of July, though a proposal had recently been submitted to extend these procedures until the end of August. Participants were able to ask questions about these procedures in another Q&A session, which concluded with Mr. Nakano clarifying that no official decisions regarding the upcoming GA have been made as of yet.

As the session came to an end, Mr. Larry Johnson gave concluding remarks and thanked participants for their attendance and enthusiastic participation in the two-day training. UNITAR spoke again of its forthcoming handbook on Guidelines for United Nations Resolutions and recommended it to the participants in order to supplement the training.