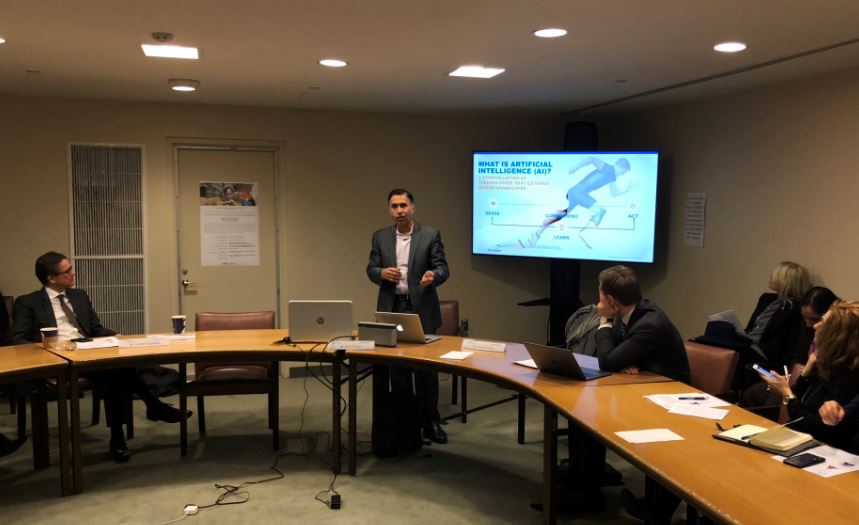 8 February 2018, New York, U.S.A. – The United Nations Office of Information and Communication Technology (OICT) and United Nations Institute for Training and Research (UNITAR) hosted a morning seminar that introduced attendees to the potential applications of artificial intelligence as well as current limitations of this rapidly evolving technology. Opening remarks were delivered by UNITAR Head of Office Mr. Marco Suazo and by Head of Innovation and Emerging Technologies at OICT Mr. Lambert Hogenhout. 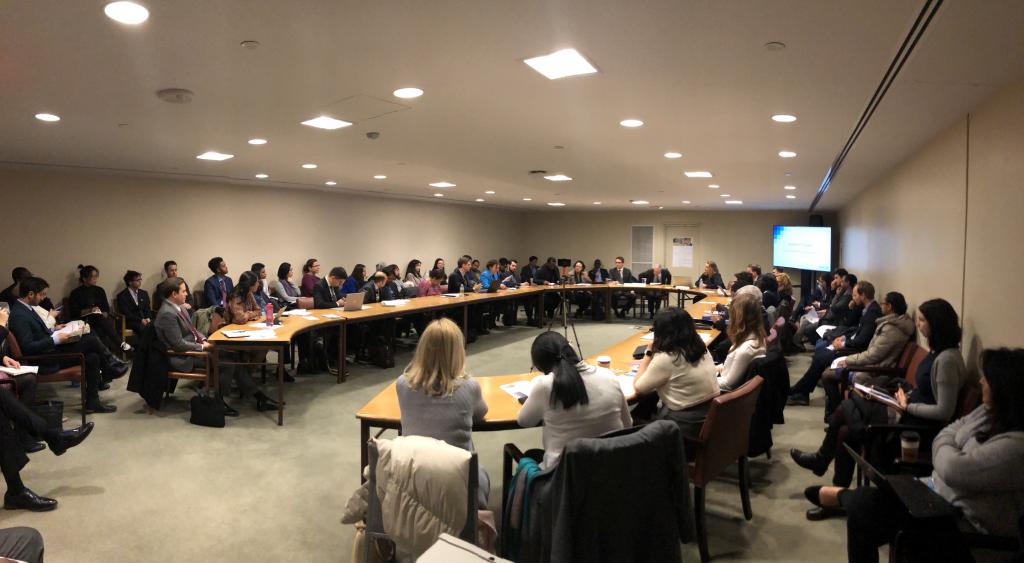 The first part of the session was led by Georgetown University Fellow Ms. Cara LaPointe, who gave a broader introduction to artificial intelligence and discussed the many current and future applications of this technology, and its continued impact on society. Using examples from everyday uses including mapping applications, such as Google Maps, and real-estate aggregators, such as StreetEasy, Ms. LaPointe highlighted the many ways that artificial intelligence (AI) and machine learning help improve our daily lives in countless ways. The transformative nature of AI can be seen across multiple sectors, from health, finance and retail, to government, energy and transportation, with countless more applications in the near future. A few of the current projects being leveraged for positive social impact include We Robotics and the Open AI Challenge 2018, which uses AI and machine learning to identify flood zones and high risk areas in South Pacific Islands, while accelerating humanitarian and development efforts across the region. The key takeaway from the presentation being that, while this new technology has huge potential, it must be designed thoughtfully to help mitigate potential negative consequences which often accompany new technologies.

The second part of the session was led by Head of Artificial Intelligence of North America at Accenture Mr. Sharad Sachdev, who spoke in more detail about potential applications in the medical and industrial sectors, with a focus on the data ownership and algorithm usage rights in developing these technologies. Mr. Sachdev focused on the many benefits of the open-source nature of algorithm usage rights, which makes it easy to apply the same algorithms to different data at very little cost, creating a level playing field for governments and firms both large and small. He also noted the challenges associated with rapid AI development, most importantly the slow adoption of universal regulations that prevent abuse and discrimination, as well as addressing privacy concerns. Overall, Mr. Sachdev was hopeful about the future regulatory environment, noting that many in the private sector, such as Accenture and all financial institutions, have adopted comprehensive rules that prevent unintended biases from being introduced to AI algorithms

This seminar was the first in a series of collaborations between OICT and UNITAR that focus on emerging technologies and potential applications within the United Nations and in achieving the SDGs. The next event will discuss cyberspace and cybersecurity policy issues, risks and strategies and will be held on the 1st of March.

Photos: Speakers and participants of the seminar