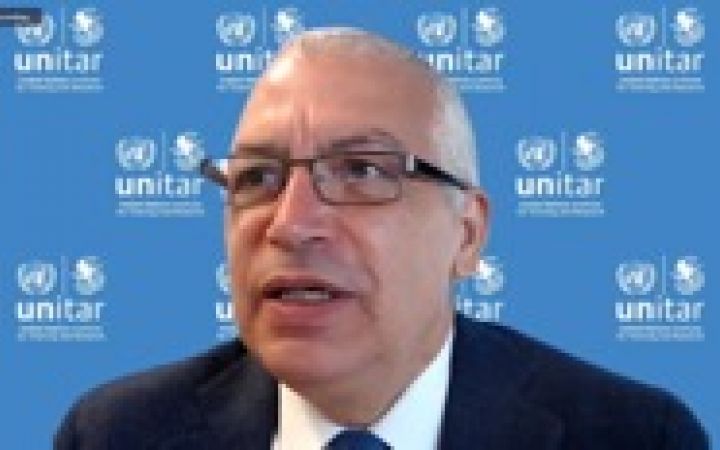 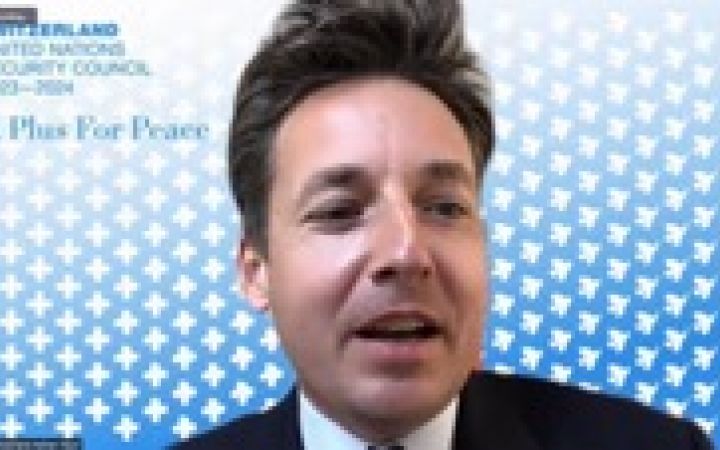 The first day of the training kicked off at 9:00 am (EST). Serving as an introductory course, the session covered topics such as responsibilities, and the key players of the Fifth Committee. Mr. Marco Suazo, Head of UNITAR Office in New York office delivered his welcoming remarks in the beginning of the session. He encouraged delegates to take advantage of this training series as a great resource to prepare them for their work in the Fifth Committee.

H.E. Mr. Adrian Hauri, Deputy Permanent Representative of Switzerland to the United Nations continued with his welcome remarks. H.E. Mr. Hauri expressed his gratitude for the participants’ time and UNITAR’s effort in organizing this event. He expressed his understanding to the new incoming delegates into the Fifth Committee as he too began his post during the pandemic last year. While coming in to this committee is not easy when everything must be done virtually, opportunities to learn first-hand knowledge such as in this is workshop are highly valuable. 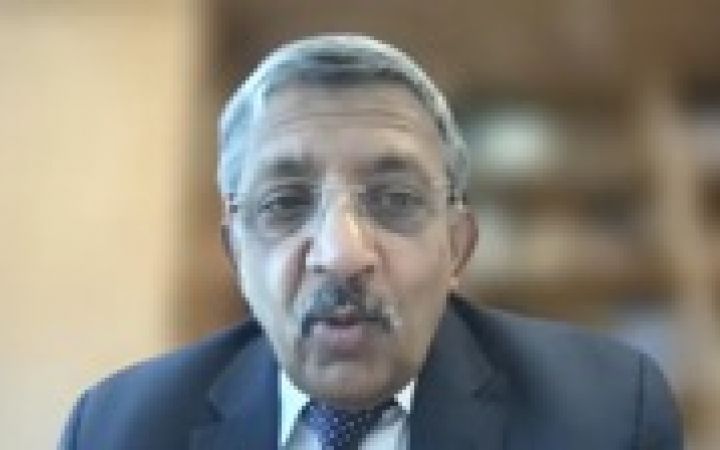 Mr. Suazo then welcomed the keynote speaker, Mr. Chandramouli Ramanathan, Controller, Assistant Secretary-General for the Programme Planning, Finance and Budget in the Department of Management Strategy, Policy and Compliance (DMSPC). As a longstanding staff of the department, he recognized the Fifth Committee as one of the most important and complicated committees for the delegates to assume duties. The significant responsibilities and the workload signified the importance of efficiency. Mr. Ramanathan believed that the industrious work ethic of the Fifth Committee delegates have successfully pushed the organization forward. 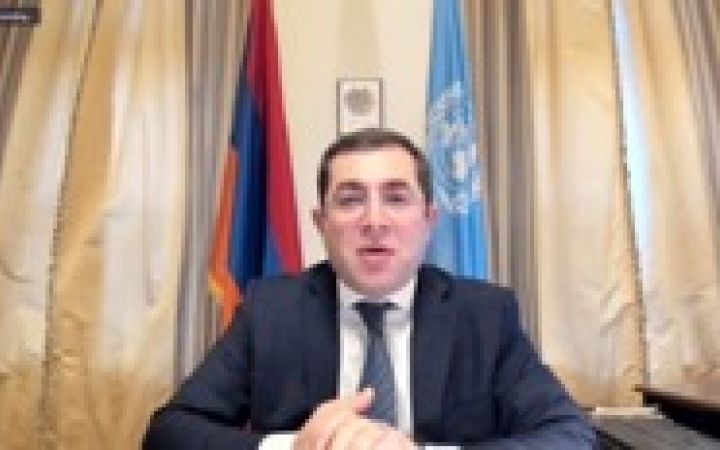 He then provided a brief analysis on the financial situation of the UN. As the Covid-19 pandemic continues to compound upon the ongoing ‘financial pandemic’, the future of the UN requires collegial support from the Member States. Thus far, due to unforeseen circumstances support has been inconsistent. The UN has weathered a wave of financial maelstrom, he believed that as long as different factors work collaboratively in an efficient manner, there would be a solution to stimulate the working achievements of the Committee. The first presentation ended with Mr. Ramanathan answering questions concerning whether the included financial outflows for the beginning of the year are is inclusive of repayments made to yearly liquidity reserves. 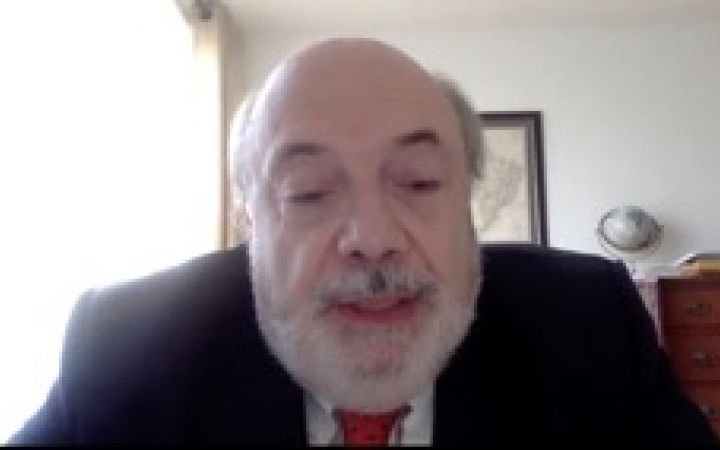 The outgoing Chair, H.E. Mr. Carlos Amorín, Permanent Representative of Uruguay to the United Nations, and the incoming chair, H.E. Mr. Mher Margaryan, Permanent Representative of the Republic of Armenia to the United Nations both presented a brief statement summarizing their experience, vis-à-vis expectations for the Fifth Committee. Despite its achievements, the Fifth Committee is still facing a lot of challenges from social, political and cultural aspects. Reaching an agreement between key players is quintessential to a healthy future of the UN. Adding to these already expected difficulties, the annual budget’s planning and approval process brings with it a large challenge in terms of planning. As a result of issues not yet resolved, or other unforeseen circumstances due to the pandemic, it adds to the multitude of difficulties that must be resolved when planning the budget for the upcoming year.

Mr. Lionelito Berridge from the Secretary Administrative and Budgetary Committee continued the session with his presentation on the key players of the UN Budget. He broke down his session into four parts: overview of the fifth committee, work program of fifth committee, working methods of the 5th committee during the pandemic crisis, and the scale of assessments. According to Mr. Berridge, the Fifth Committee has been actively adapting to the new norm since the start of the crisis, and has successfully elevated its working methods to better respond to the ongoing situation. 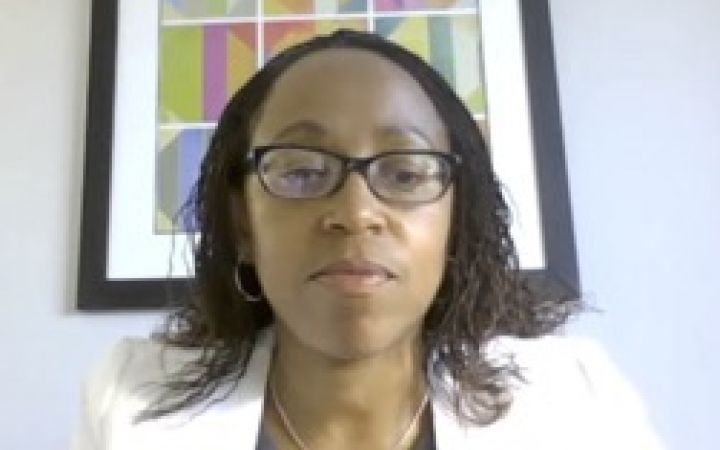 The last session was presented by Ms. Felista Ondari, Executive Secretary of the Advisory Committee on Administrative and Budgetary Questions (ACABQ). She explained the supportive role of ACABQ in the Fifth Committee’s decision-making process. As a UN finance “watch guard”, the ACABQ uses numbers to analyze if the funds from the Member States were spent efficiently and reasonably. She pointed out that different from other departments, ACABQ was very mindful of the political climate and the environment of working in the UN. Its final products would be directly relevant to the delegates in the Fifth Committee.

Once Ms. Ondari concluded, Mr. Marco Suazo closed out this first day’s session by opening up the floor for any questions. Once questions were properly addressed, the day’s session was closed. 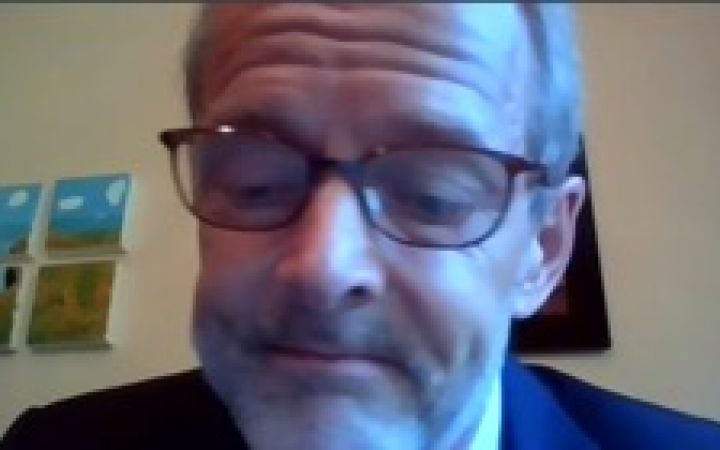 The second day of the training continued at 9:00 am (EST) September 8th with more detailed illustration and specific discussions regarding the UN Budget Process. After Mr. Suazo’s welcomed the participants in joining the second day, he introduced the first speaker Mr. Johannes Huisman, Director of the Office of Programme Planning, Finance and Budget for the Department of Management Strategy, Policy and Compliance (DMSPC) to the session.

Mr. Huisman combined his professional experience with the new situation, and provided a detailed analysis on different aspects attached to the UN Budget Process. His presentation covered a myriad of fundamental topics including the legislative framework, financial regulations and rules, the breakdown of budgetary cycle, sequencing and budget plan, terminology, monitoring and reporting, to name a few. Mr. Huisman’s logical overview not only helped delegates understand the operational mechanisms of the Committee better, he also provided helpful recommendations when it comes to terminology and drafting resolutions and reports. 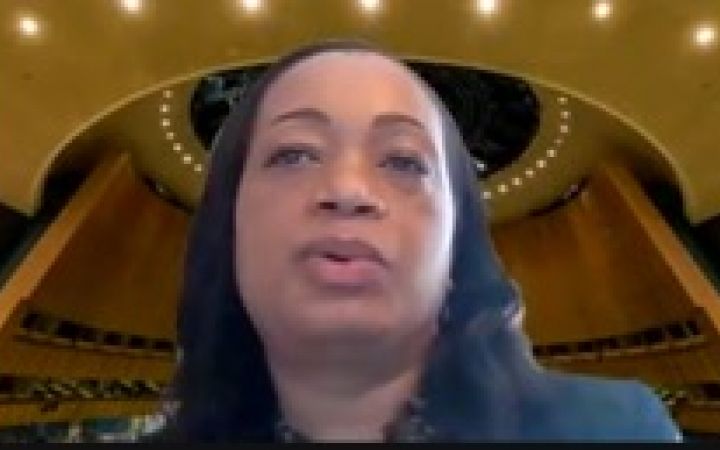 After a brief Q&A session with delegates discussing questions regarding the drafting of the Financial Performance Report and budget recommendations, the session moved on to the second speaker, Ms. Unis Valencia Williams-Baker, the Chief of Service of the Deputy Director for Budgets of Development Pillar and Human Rights, Department of Management Strategy, Policy and Compliance (DMSPC).

Her presentation focused on the resolution process (drafting exercise), rules and procedure and drafting budgetary resolutions exercise for the Fifth Committee as a whole. Ms. Williams-Baker started her presentation with a detailed illustration on the substances of a resolution, and then she moved on to explain the legislative framework, evolution of a resolution document, the  process related to resolutions, and last but not least, the structure and the writing tips when it comes to writing a resolution. In this practical session, she presented various real-life case studies for the delegates to better understand the differences between terminologies and the usage of languages. The delegates were able to gain an overview of the procedures and acquire writing tips and methods. 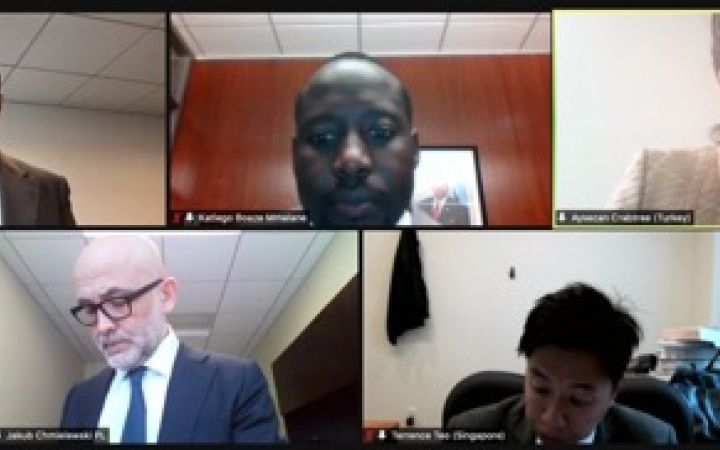