11 December 2019, New York, USA- The United Nations Institute for Training and Research (UNITAR) New York Office kicked off a joint training for newly elected members of the Security Council from the Permanent Mission of Vietnam and the Permanent Mission of St. Vincent and the Grenadines ahead of the 2020-2021 period. This training was made possible through the support from the Swedish International Development Agency’s (Sida) towards the UNITAR Strategic Framework Fund (SFF) and holds from the 11th - 13th of December 2019 at the Commonwealth Conference Room. 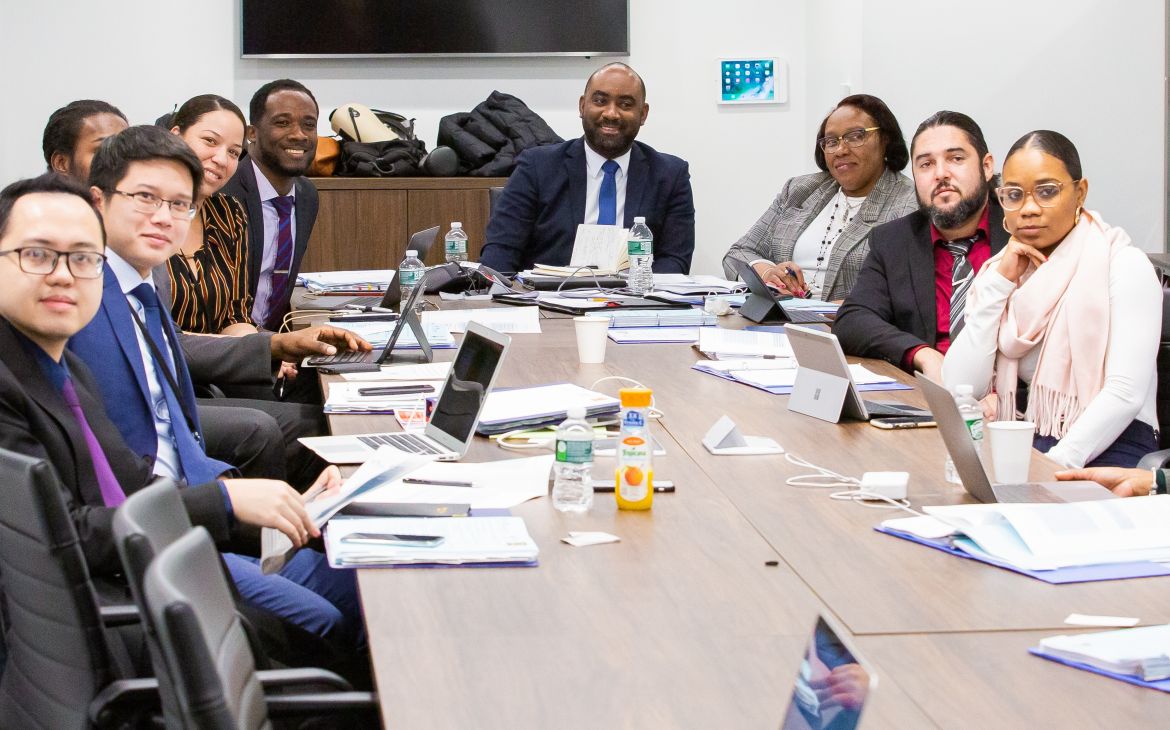 The first training session launched on 11 December with welcoming remarks from UNITAR’s Head of New York Office, H.E. Mr. Marco Suazo, who congratulated both missions for their appointment on the Security Council. Mr. Suazo introduced the first panelist, Dr. Angel Angelov, who briefed the newly arrived delegates with an overview of the UN System. Dr. Angelov made the session interactive while learning the background and knowledge base of the participants. Dr. Angelov ended his lecture with a Q&A session, in which delegates were able to ask specific questions.

The second session of the day was led by Mr. Peter Due, Director for the Asia and the Pacific Division of the Department of Peace Operations. Mr. Due spoke about the role of the Security Council as it pertains to Security Council processes and answered the delegates’ questions about their country’s role in these operations. The afternoon session was administered by Loraine Sievers, who leveraged her expertise on the Security Council in comprehensively discussing the foundational documents, including the UN Charter, Provisional Rules of Procedure and Notes by the President. The participants were provided with materials suggested by Ms. Sievers to reference during their time on the Security Council, which they found very useful to follow along with during the training.

Mr. Kenji Nakano spoke during the afternoon session on the relationship between the Security Council and the General Assembly. Mr. Nakano and Ms. Sievers were able to reference their personal experiences to enhance the delegations grasp of the procedures and prospects while in the Security Council. Mr. Sievers concluded the first day with a session on issues relating to the Council’s agenda and formal meeting formats.

By the seminar’s conclusion, the diplomats from both missions had received a thorough introduction to the Council’s workings and mandate. 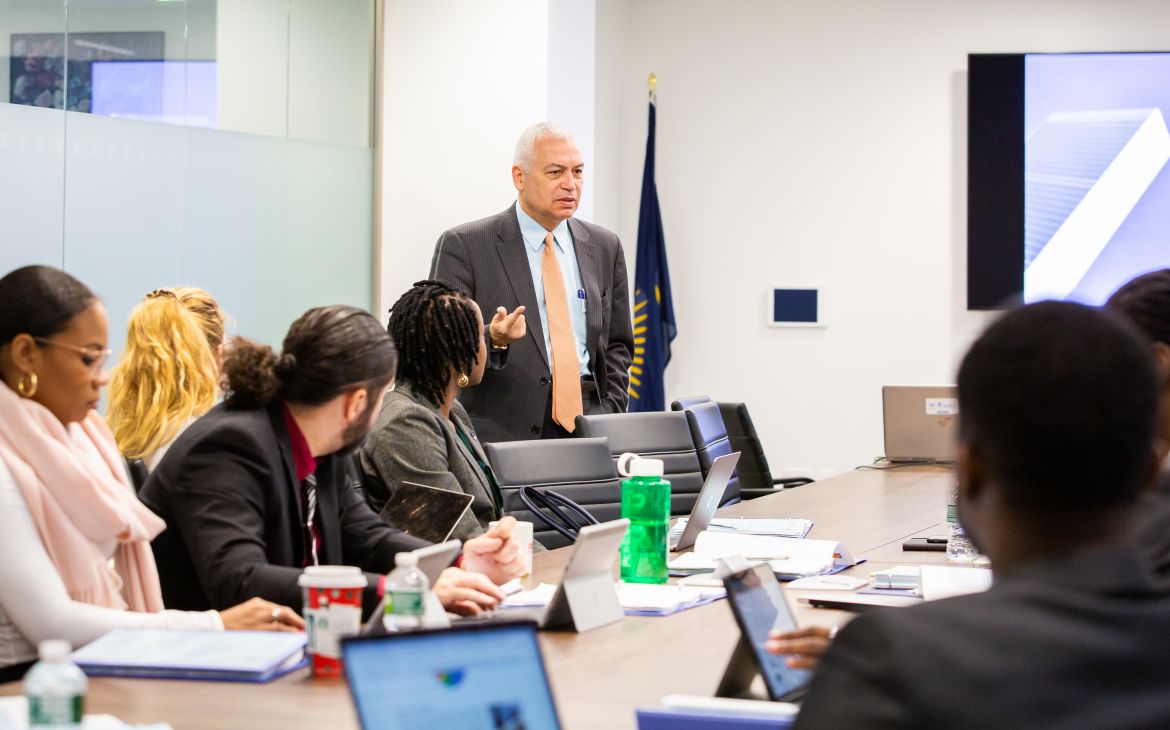 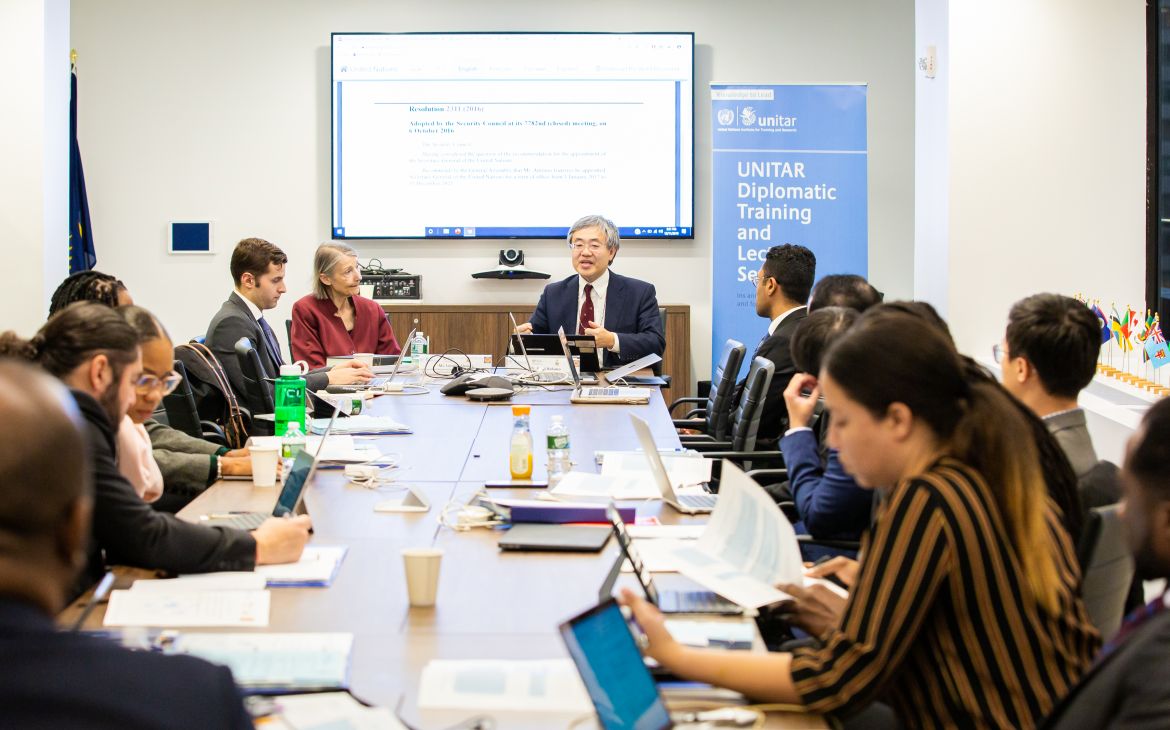