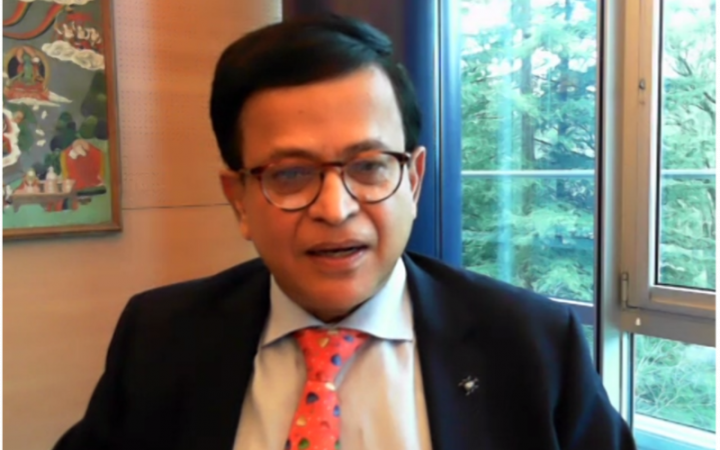 The ambassadorial-level session of the Induction Course for the Members of the United Nations Peacebuilding Commission 2021was attended by over 80 participants and provided the opportunity to discuss priorities.

H.E. Mr. Marco Suazo, UNITAR NYO Head of Office, opened the session by thanking all participants for their attendance and additionally spoke about the goals of the Commission, especially considering the COVID-19 pandemic. Mr. Nikhil Seth, Assistant Secretary-General and Executive Director of UNITAR, followed Mr. Suazo with introductory remarks on the importance of the Commission, including his own experience in it. 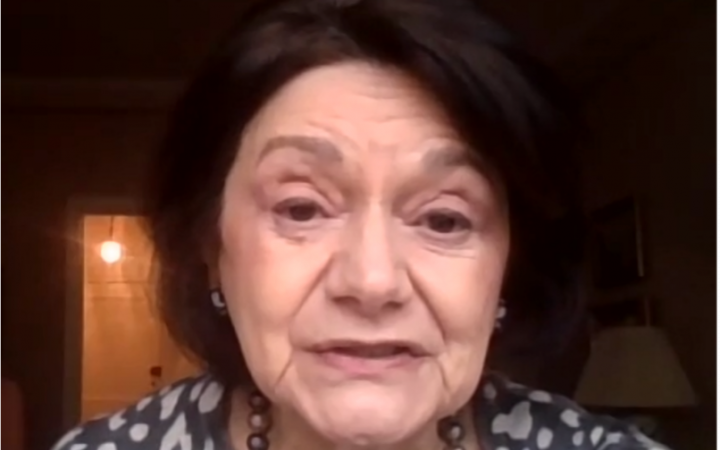 Ms. Rosemary DiCarlo, Under-Secretary General for Political and Peacebuilding Affairs, provided welcoming remarks to participants, specifically reviewing the notable work the Commission accomplished in 2020. She acknowledged the impressive mobilization of over $400 million USD in support for Burkina Faso’s peacebuilding priorities, as well as recognition of other areas for peacebuilding opportunities. Ms. DiCarlo reflected on how Covid-19 has changed our lives and forced us to manage new realities, such as quarantining, social distancing and smart working, and how the PBC has adapted to this new reality. She asserted that the PBC was one of the first UN intergovernmental bodies to meet on a virtual platform. To conclude, the USG expressed that DPPA is committed to supporting the work of the PBC in 2021. 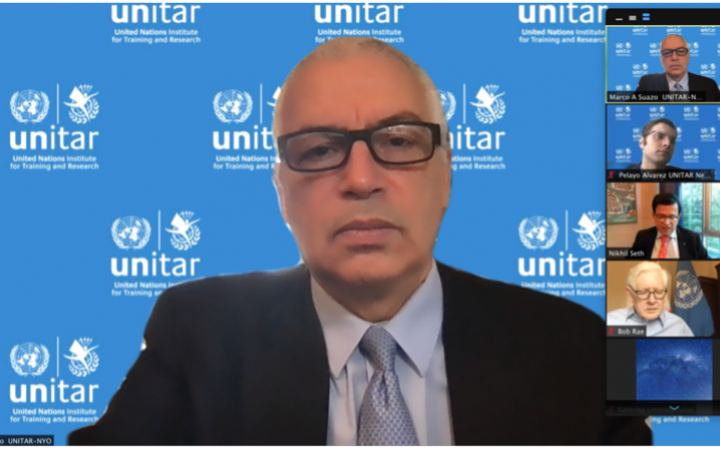 Following the introduction, the topic of conversation shifted to lessons learned from 2020 and ideas for 2021. H.E. Mr. Bob Rae, former Chair of the Peacebuilding Commission and current Permanent Representative of Canada, spoke of the flexibility the new virtual platform has provided for the Commission, while also acknowledging the limitations that come with it, such as predominantly English-language meetings and events. Ambassador Rae emphasized the inclusivity that is needed within the Commission and specifically mentioned the Commission’s gender action plan. Ambassador Rae concluded with next steps for the Commission, including working on securing sustained financial contributions and working closely with regional stakeholders on peacebuilding and development.

Next to speak was Mr. Oscar Fernandez-Taranco, Assistant Secretary-General for Peacebuilding Support. Mr. Fernandez-Taranco spoke about the productivity of the Commission in 2020 in terms of quantity and quality of engagement. He also emphasized the importance of active leadership in peacebuilding. Mr. Fernandez-Taranco then mentioned the expansion of countries and regions under Commission’s consideration, as well as thematic discussions on women, youth, peace and security. He concluded by speaking about the necessity for strengthening partnerships between regional organizations and civil society and the Commission. 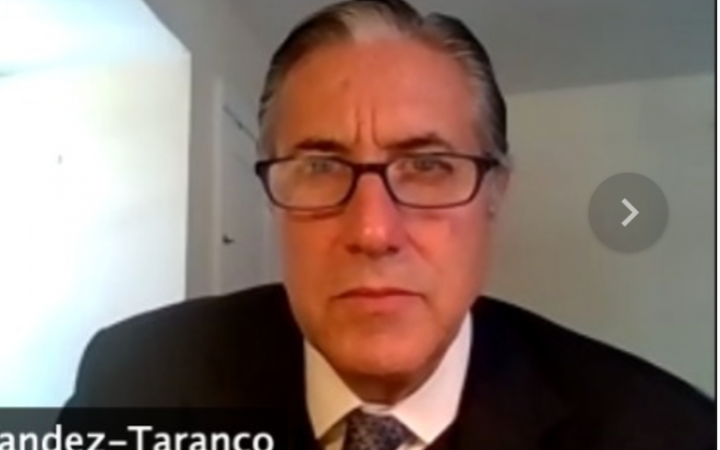 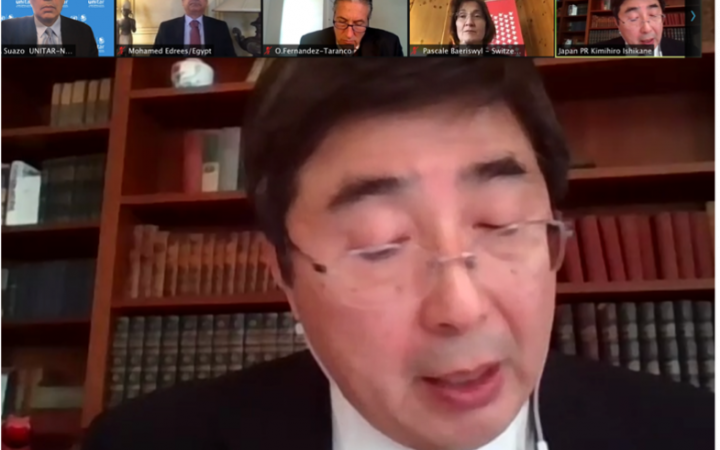 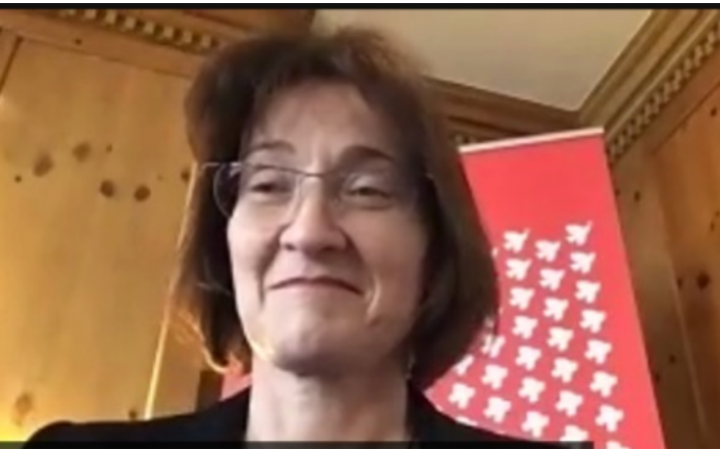 Next to speak was H.E. Mr. Yemdaogo Eric Tiare, Permanent Representative of Burkina Faso. H.E. Mr. Tiare spoke about his country’s experience with the Commission and the Commission’s longstanding commitment in support of the peacebuilding priorities of Burkina Faso. H.E. Mr. Max Hufanen Rai, Permanent Representative of Papau New Guinea, spoke and acknowledged his country’s experience with the Commission as well. Mr. Rai concluded by expressing his appreciation of the peacebuilding process and stressed the importance of the Commission. 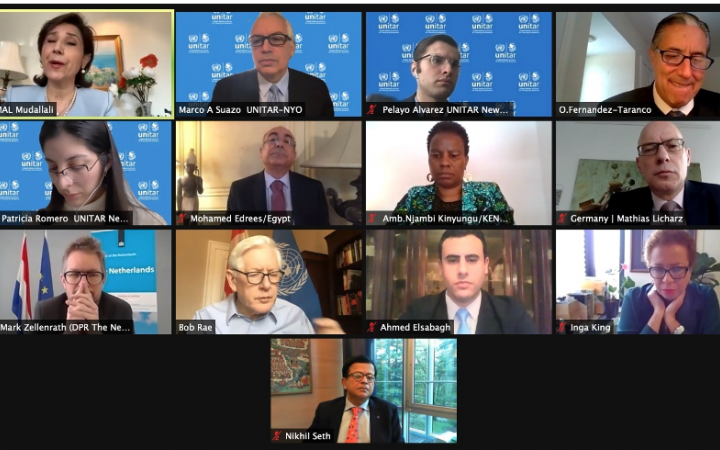 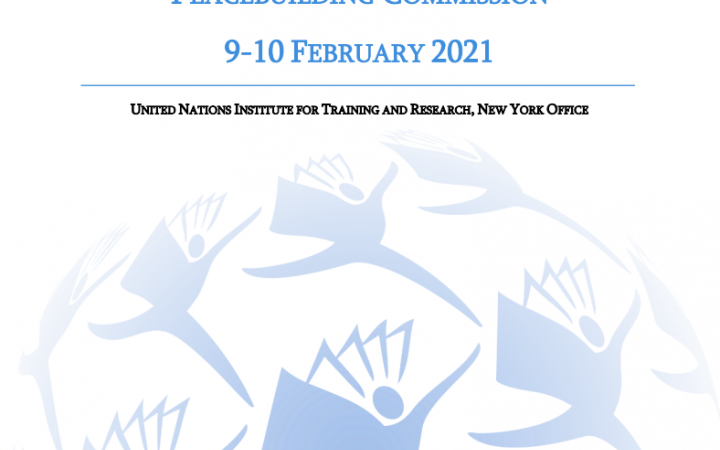 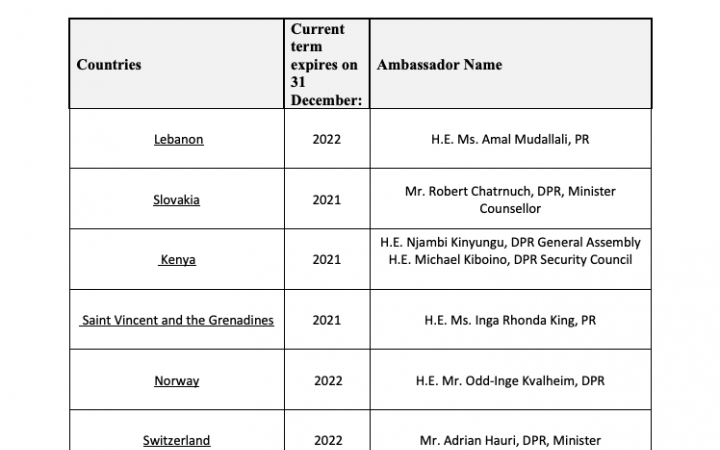 The final session of the seminar focused on the Commission’s cross-cutting and thematic engagements. Mr. Oscar Fernandez-Taranco spoke on the issue of financing for peacebuilding. He addressed the need for adequate and sustained financing and acknowledged the PBC’s work in securing this financing, which will be further reinformed following the twin resolutions of 2020.

H.E. Ms. Pascale Christine Baeriswyl, Permanent Representative of Switzerland, spoke next and specifically addressed the Women, Peace and Security agenda of the Commission and the significance of Resolution 1325. She emphasized the cross-cutting nature of the Women, Peace and Security agenda, as these issues permeate through all countries. She emphasized the importance of keeping track  on the implementation of the Commission’s gender strategy and concluded by asserting that the Commission was well-positioned to achieve its objectives.

H.E. Mr. Marco Suazo closed the two-day seminar by thanking its distinguished participants. The panelists also gave final concluding remarks and expressed their confidence in the Commission’s agenda for 2021.