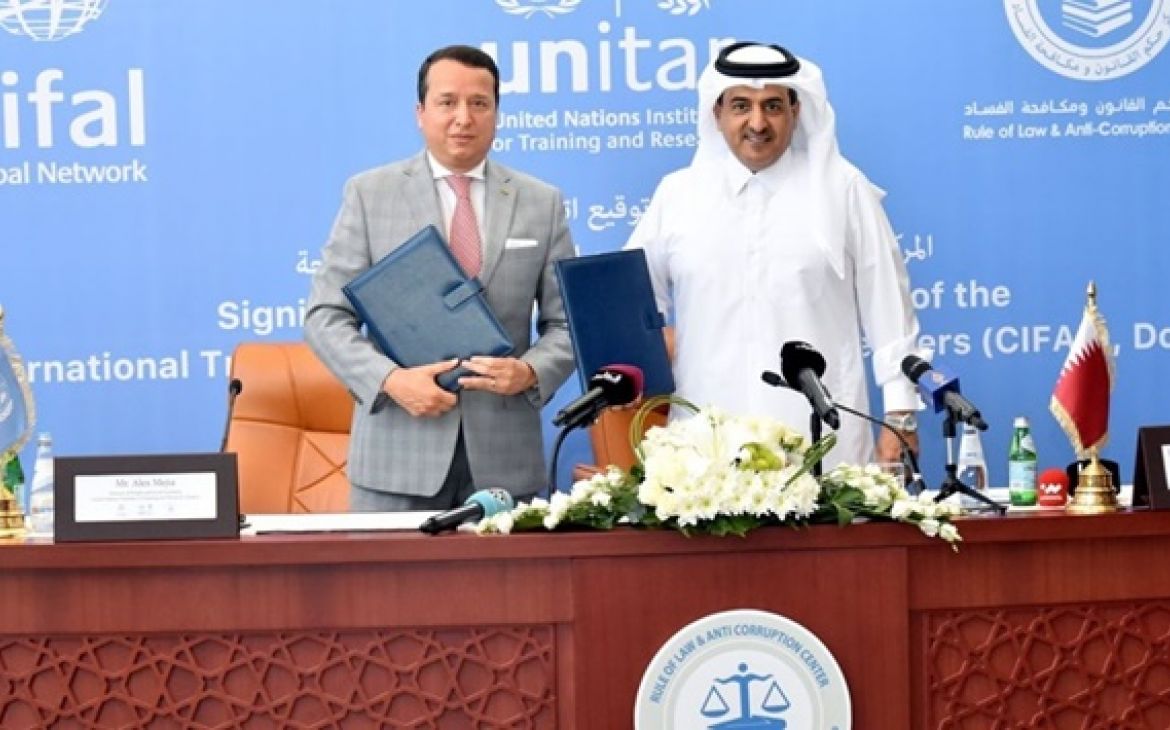 16 March 2022, Doha, Qatar - UNITAR and its long-standing partner, The Rule of Law & Anti-Corruption Center (ROLACC), have officially inaugurated CIFAL Doha, one of 24 highly specialized international capacity-building centres, on Wednesday 16 March during a formal high-level ceremony in the city of Doha, Qatar. The newly established CIFAL centre will leverage the synergetic areas of expertise of UNITAR and ROLACC and will empower leaders and young professionals in the Gulf Region in the areas of anticorruption and transparency, sustainable economic development, social inclusion, gender equality, and environmental sustainability.

CIFAL is the French acronym for Centre International de Formation des Autorités et Leaders. CIFAL Doha will and will contribute to the advancement of the United Nations 2030 Agenda. The center will also specialize in anticorruption and Sustainable Development.

Mr. Alexander Mejia, Director of UNITAR’s Division for People and Social Inclusion, and Head of the CIFAL Global Network, was welcomed by H.E. Dr. Ali Ben Fetais Al Marri, Attorney General of the State of Qatar, Dr. Yasser Refaie, Acting Director General of ROLACC, and their team at the inauguration ceremony, which launches the way forward to a new stage of joint UNITAR-ROLACC Anti-Corruption efforts in realizing the principles laid down in the United Nations Convention Against Corruption (UNCAC).

UNITAR  expresses its appreciation to H.E. Dr. Al Marri, member of UNITAR’s Board of Trustees, and ROLACC for its long and continuous support to the training in anticorruption, from which over two thousand five hundred participants from 27 countries have benefited. To learn more about our anticoruption training created in partnership with ROLACC click here