14 November 2016, Tokyo, Japan - The UNITAR Hiroshima Office has completed the UNITAR Hiroshima Women's Leadership in Tsunami-based Disaster Risk Reduction Training Programme for World Tsunami Awareness Day 2016. Conducted in collaboration with the Government of Japan and the United Nations Office for Disaster Risk Reduction (UNIDSR), the workshop was successfully held between 30 October to 7 November 2016 in Tokyo, Sendai and Wakayama. Twenty-six senior female participants, selected from fourteen Pacific Small Island Developing States (SIDS) including: Cook Islands, Federated States of Micronesia, Fiji, Marshall Islands, Kiribati, Nauru, Niue, Palau, Papua New Guinea, Samoa, Solomon Islands, Tonga, Tuvalu, and Vanuatu, completed the training programme. In order to encourage both the development of a Community of Practice, as well as national, regional, and supra-regional discourse, participants from each country included one representative of government, and one of civil society.

One of the highlights of the programme were the study tours, which did an excellent job connecting the content of the training with practical examples in Japan. In Sendai, participants visited Ishinomaki City, a town that had been devastated by the 2011 tsunami. During the training, participants had used a 3D model of Ishinomaki to understand how the town was hit by the tsunami and what evacuation routes were feasible, and the study tour enabled them to connect the overview they had gained from the model with the real life town.

Next the group traveled to Wakayama Prefecture, where study tours included observing disaster drills at Fujitodai Elementary School, Hirokawa Nakayoshi Kindergarten, and a Tonen General oil refinery plant, allowing participants to see how various community groups approach disaster preparation. The town of Hirokawa also holds an annual Tsunami Festival, which was the basis for 5 November being selected as World Tsunami Awareness Day, and participants, through participating in the festival and discussing disaster preparedness with town hall staff, were able to see how Hirokawa uses tradition and history to promote disaster preparedness in the present day.

The success of the programme would not have been possible without the knowledge and participation of a number of excellent Resource Persons, who were all experts in the fields of DRR and women’s leadership. The Resource Persons were: Asako Osaki, who works for the United Nations Development Programme as well as as a professor at Kwansei Gakuin University; Anawat Suppasri, a professor at Tohoku University and whose research includes work on tsunami hazard and risk assessment; Tsukasa Fujita, director of the Japan Meteorological Agency’s (Sendai Regional Headquarters) Disaster Mitigation Department; Hajime Kayanne, a professor at the University of Tokyo Graduate School of Science who researches coral reefs in connection with tsunami DRR; Tomoko Minowa, an associate programme officer with UNISDR; and Yuichi Ono, a professor at Tohoku University.

Another key event in the training was a Public Session, held at United Nations University on Monday, November 7, and titled Women and Tsunami-based Disaster Risk Reduction: Comparing Perspectives between Japan and Pacific States. The speakers, specialists on gender and DRR, provided multi-sided opinions on tsunami-based DRR and included:

One participant commented, “The training was well designed, integrating highly relevant resources, stories, and data. A most worthy training to be a part of.” The UNITAR Hiroshima Office is pleased the training was well-received and has many parties it would like to thank: its partners at UNDP and UNISDR, the various organizations that provided the participants with meaningful study tours, the Resource Persons and Public Session panelists who offered their expertise, and the Government of Japan’s Ministry of Foreign Affairs for funding the programme. Finally, UNITAR would like to thank the participants for their constant engagement, critical thinking, friendliness, and good humor – the programme would not have been so successful without them.

Photos: Participants during the training programme. 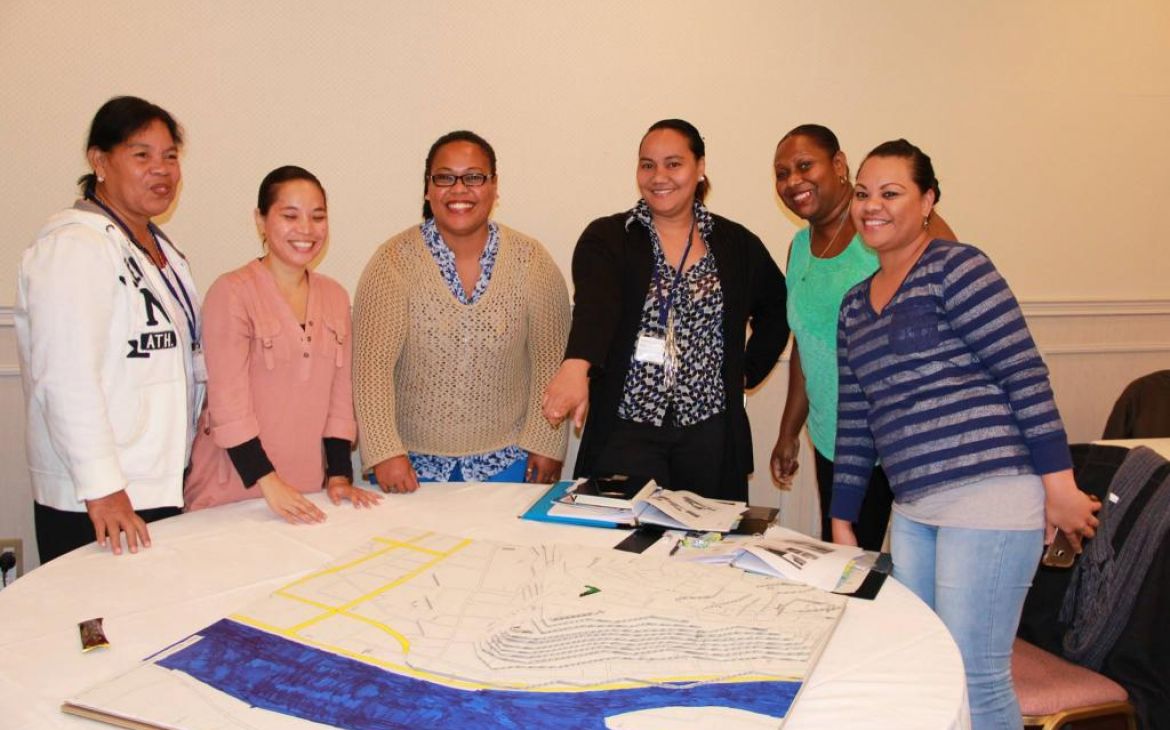 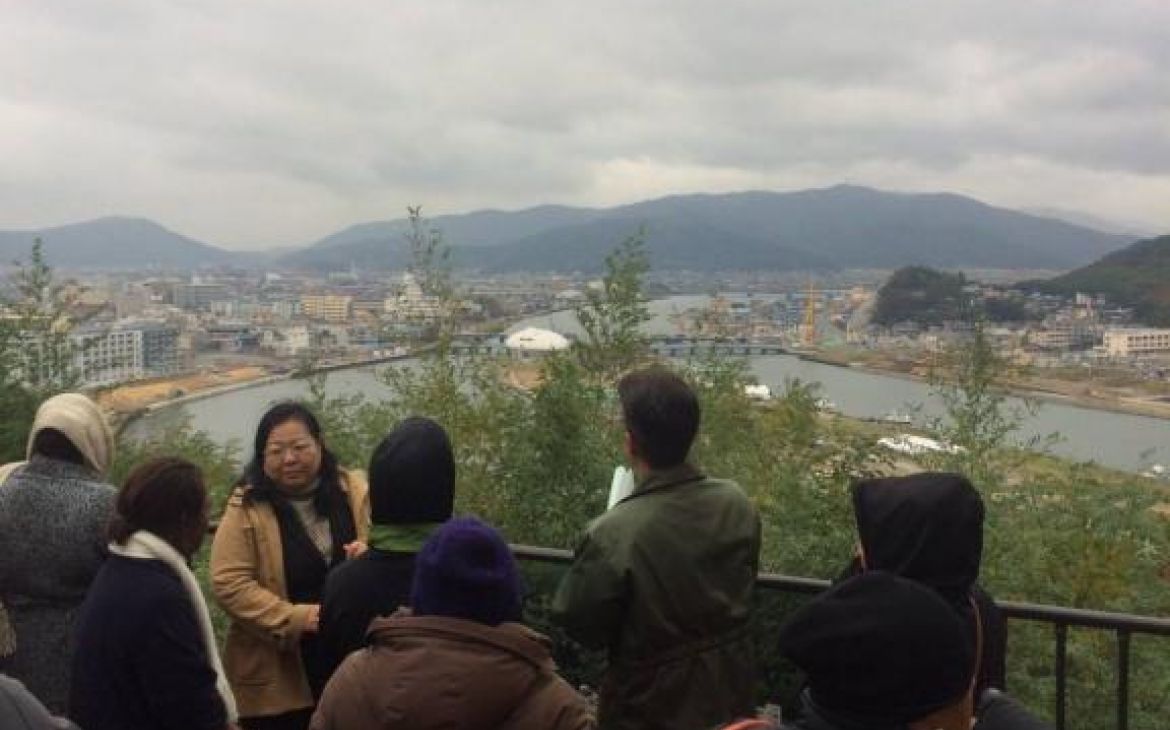 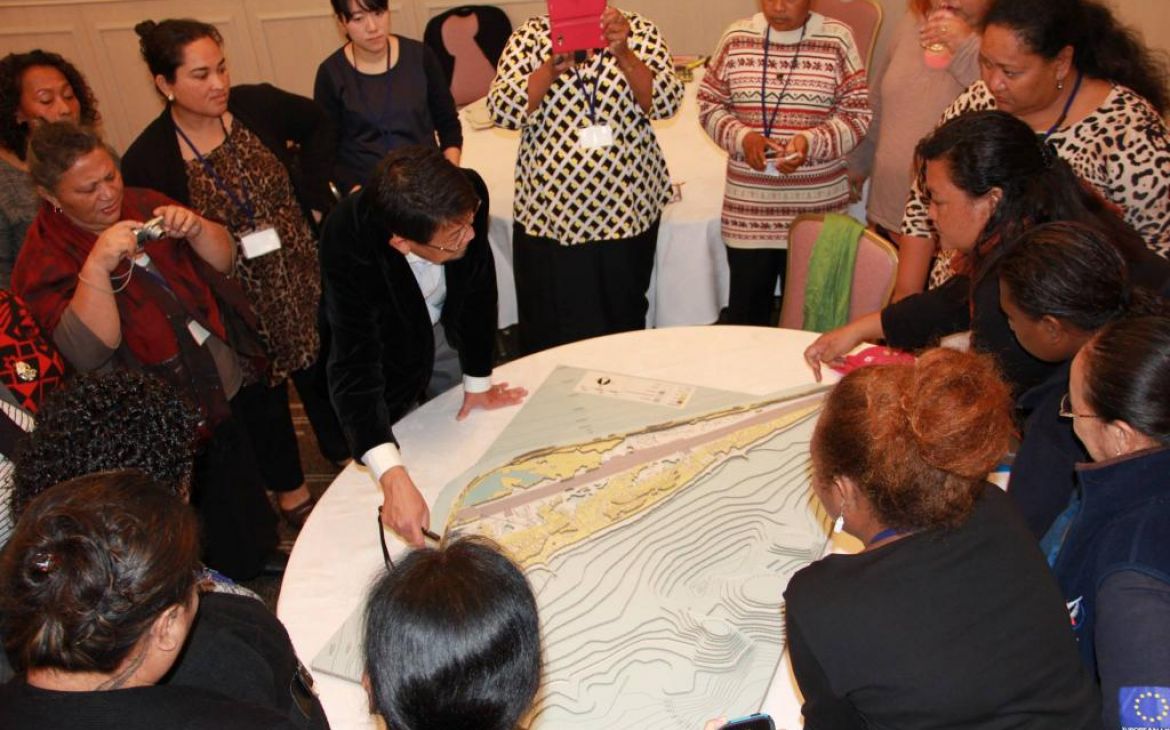