Behind the UN Curtains 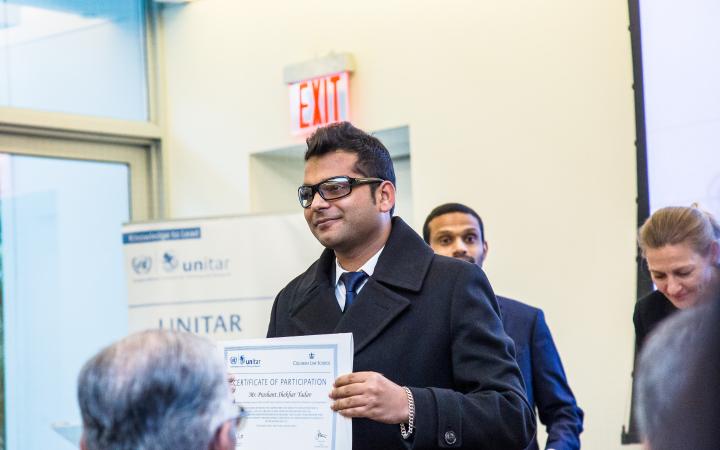 Beneficiary: Prashant Shekhar Yadav
Title: Adviser to the Ambassador at the Permanent Mission of the Republic of Palau to the United Nations
Training: UN Core Diplomatic Training in International Relations and Global Diplomacy

Every so often we hear stories of inspiring people that dedicate time and energy to help address the biggest challenges we face as human beings. Prashant Shekhar Yadav is one of those people, and he is determined to go above and beyond to make the world a better place for everyone.

The challenge was very clear to him, but he needed in-depth knowledge to help advance Palau’s national interest of protecting its land and its people from the devastating consequences of global warming.

“I was really looking forward to learning more about climate change and what the roles of different UN agencies are in tackling it and promoting climate action”.

To this effect, Prashant was also eager to get a solid grasp of the Sustainable Development Goals (SDGs) and to further develop his diplomatic skills.

When he came across an advertisement for the UN Core Diplomatic Training in International Relations and Global Diplomacy, offered by the UNITAR Office in New York, Prashant knew he’d found exactly what he needed. “I saw that this course offered two interesting modules, one on climate change and another on the Sustainable Development Goals”. As each module unfolded before his eyes, Prashant realized that the training had much more to offer. “I also got to learn about different issues and fields that the UN works in. Multilateralism, globalization and conflict resolution were my favourite topics because I learned a lot about the root causes of conflicts and why a dispute escalates”. But the best was yet to come. 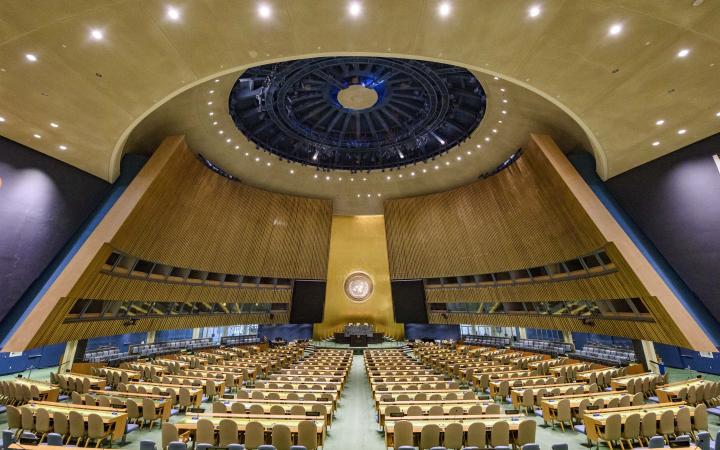 Throughout the course, Prashant had the opportunity to attend workshops delivered by actual diplomats and high-level officials who contributed with a more pragmatic point of view. “It’s like a first-hand experience”, he said. “Some of the diplomats really played important roles in negotiating UN conflict resolutions and the SDGs. They shared their own stories of both their personal and professional lives”. Attending the course at the UN headquarters made everything even more exciting. “It was a wonderful opportunity because after our lectures we were able to go to meetings and learn more about what we saw, to practice more”.

Indeed, the hands-on aspect of the course scaled up his learning experience and made him feel more confident to take on his daily tasks at work. “Now I know all the protocols. When I go to meetings I know what takeaways are important or of priority for the mission”. This has not gone unnoticed by his co-workers and supervisors who were happy to offer him more responsibilities. “Because of the skills I gained during this training, I was invited to work for another year with the Palau Mission to the UN”. Soon Prashant was dealing with challenges that many would find too difficult or intimidating to address. “I have covered and represented Palau in the 2018 High-Level Political Forum on Sustainable Development, the Global Compact for Migration negotiations, and the 73rd session of the United Nations General Assembly General Debate (including the bilateral meetings during the High-Level Week, the GA Committees and the Plenary meetings)”.

But maybe the most impressive outcome for him was the impact the course had in his personal life.

“The tutor of the modules on the SDGs and climate change was a former diplomat. I learned through his experiences about the importance of consuming fewer resources and protecting the environment, which ultimately results in long-term sustainable development and prosperity for all”.

Prashant was so awestruck by the so often forgotten importance of the Earth’s limited natural resources, that he decided to change his lifestyle and begin to act on a personal level.

“Now I only buy things that I really need, and I started to put into practice some initiatives like planting trees. This brings me happiness in both my personal and my professional life”. Now Prashant’s goal is to become a diplomat and be able to contribute towards solving global issues by getting involved in the discussion. "Now I consider myself a diplomat in training. I’ve already learned a lot of diplomatic skills with this course, and it is now helping me advance my career as an adviser and in the future will give me even more opportunities”.