How Women are Leading Change in Ogoniland 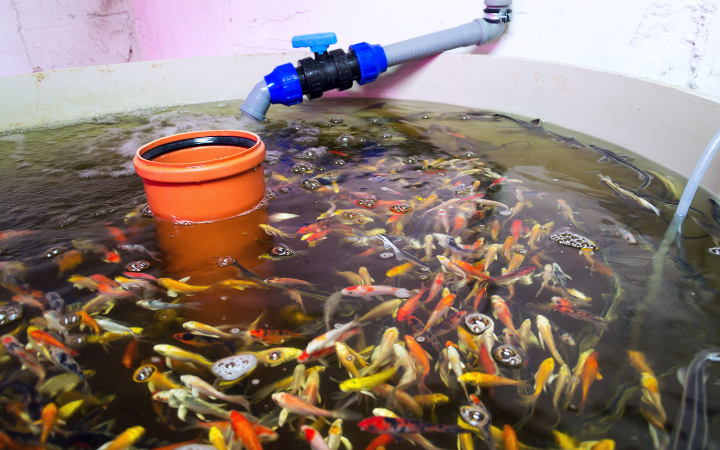 Ogoniland is a territory in the Rivers State of the Niger Delta region, Nigeria – the third largest mangrove ecosystem in the world. It is also home to many different ethnic groups, including the Ogoni people, an agricultural and fishing society that has lived there for over 500 years. Organized in close-knit rural communities, the Ogoni are closely connected to their land and water resources. Nevertheless, Ogoniland is less known for the attributes described above and more infamous for decades of oil spills that turned the region into an environmental disaster zone. But now hopes of a rebirth of farming, fishing and clean water are little by little becoming more tangible through - as it is often the case when significant change is needed - the hard work of women.

Ana-ana Nadum Patricia is one of these women. Graduated in biomedical technology, Ana-ana started her career as a private school teacher. She was doing well at her job when things suddenly changed in 2020 and she became one of the many professionals to have their employment security affected by the COVID-19 pandemic. With the lockdown of schools, Ana-ana - the breadwinner of her family - was left without her source of income and forced to pursue other opportunities to make ends meet. An Ogoni herself, she decided to turn to her people’s tradition of working and living from the land and with the support of the UNITAR Ogoni Women Livelihood Programme, Ana-ana was empowered to do exactly that!

Hoping to gain general knowledge in agriculture and develop a skill-set in specific areas, Ana-ana joined the intensive and hands-on training designed to assist 400 Ogoni women to increase yields and earnings from agribusiness.

I took part in the workshop to acquire skills in agricultural practices, learn new lessons on the importance of agriculture to our everyday life, as well as acquire certified skill in aquaculture, poultry farming, crop farming, [and] feed formation.

During the training, Ana-ana, who already had some notions of aquaculture, was introduced to new and practical approaches to farming that allowed her to further develop valuable abilities. “For instance, instead of getting irritated by live fishes, I can now hold a fish and even perform some manipulation on it to breed a young one and rear my fish without any problem”, she proudly explains.

Beyond that, the training was an opportunity for Ana-ana to also build her entrepreneurial, managerial and leadership capabilities as it covered topics such as farm business management, civic education and even peacebuilding and conflict resolution in communities. The training left such an impact on Ana-ana that she has decided to maximize her income prospects by investing more time and effort into her own aquaculture initiative.

The workshop made me see the need to diversify as an entrepreneur instead of focusing only on a private school teaching work, which earned me less. I have now decided to spend more time attending to my fish farm since the opportunities for increased livelihood are higher in agribusiness.

Delivered in partnership with Songhai Rivers Development Initiative and the Federal Governmentrun Hydrocarbon Pollution Remediation Project, an agency established to coordinate activities aimed at remediating impacted communities in Ogoniland and ensuring sustainable development in the region, the UNITAR Ogoni Women Livelihood Programme is an integral part of the recommendations proposed by the United Nations Environment Programme (UNEP) in its report on Environmental Assessment of the region. “I sincerely commend UNITAR for taking its activities to the grassroots, to Africa in general and Ogoni women in particular”, says Anaana who is well aware of the massive contributions women in her community make to farming and, therefore, to the recovery of their land.

Furthermore, the training also provided the participants with knowledge-sharing opportunities between them and resource persons, particularly in the areas of modern farming techniques. It has also allowed the creation of a supply chain network for the supply of day-old chicks and facilitated access to local markets. As a result, communities in the region have asked for the second stage of the programme. Ana-ana is one of those looking forward to continuing from where she left. “I also wish to appeal that the organization continues with the training of this nature in Ogoniland because there are still a lot of women who are in dire need of this kind of training to lessen poverty in the area”, she expresses.