Prayers Aren’t Enough: Preparing for Disasters in the Solomon Islands 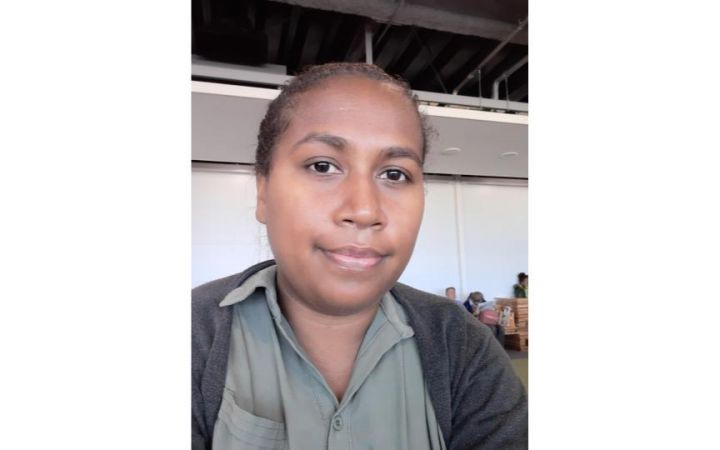 Passion and prayers – that’s how Everlyn Fiualakwa of the Solomon Islands got into disaster risk management.

Everlyn had just graduated from university and was looking for a job when an 8.0-magnitude earthquake struck off the coast of Temotu Province, on 6 February 2013. A tsunami followed, killing 10 people.

Reading about the disaster in the papers, Everlyn knew then what she wanted to do with her life: to help communities in her country become better prepared for dealing with emergencies.

So when she saw a job notice for a Red Cross disaster risk reduction post, she immediately applied.

I didn’t have any experience at all but I prayed and prayed to get the job.

Everlyn thinks those prayers helped – and that her passion eventually got her the job over candidates with more experience. She’s been helping communities with disaster management ever since. 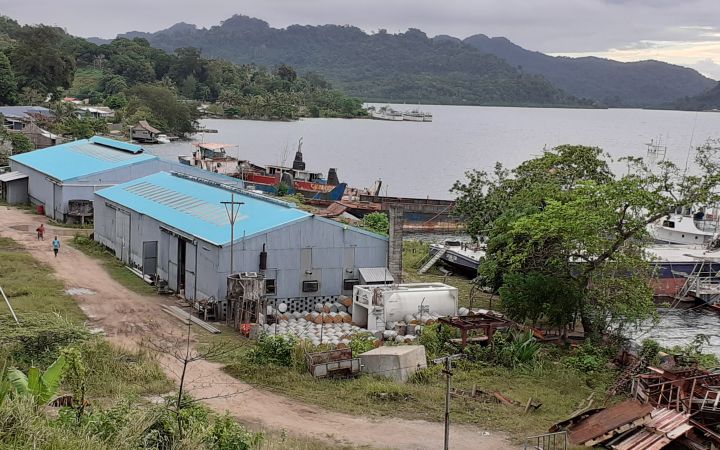 The port of Tulaghi town is prone to tsunamis. (Photo courtesy of Everlyn Fiualakwa)

The Solomon Islands is a small archipelago in the South Pacific Ocean, home to over 686,000 people. The country is highly vulnerable to disasters such as cyclones, tsunamis, volcanic eruptions, earthquakes, floods and drought.

In the past decade, Tropical Cyclone Ita in 2014 caused severe flooding which killed at least 22 and displaced 10,000 people from their homes. In 2016, El Niño caused severe droughts and another 8.0-magnitude earthquake destroyed homes and schools, affecting over 9,700 people (UN Office for the Coordination of Humanitarian Affairs).

The country’s limited infrastructure and the isolation of the outlying islands (the Santa Cruz islands of Temotu Province are more than 200 km from the other islands) make coordination, logistics and communication during emergencies difficult.

While the country has a disaster management plan that helps various sectors coordinate and mobilize resources, Everlyn, now a UN Women national project coordinator for gender equality and community resilience, believes that this is not enough. She points out that contingency plans for specific disasters are needed.

I believe in planning. We cannot reduce the risk if we don’t have any plan.

UNITAR training: Running for their lives

In 2019, Everlyn went to Japan for the UNITAR Tsunami-based Disaster Risk Reduction Programme. The programme, supported by the Government of Japan, trains female professionals from small island developing states on gendered leadership in disaster risk reduction.

In Wakayama Prefecture, Everlyn and her course mates joined a local tsunami evacuation drill. It involved the whole community, from kindergarteners and elementary and junior high schoolers to people with disabilities and the elderly.

Simulating a real tsunami warning, all participants had to make their way to the designated evacuation site as quickly as possible. For UNITAR participants, this meant a two-kilometre run inland. “We ran and we ran and we didn’t stop anywhere!” Everlyn recalls. Those who could not run were pushed in a wheelchair and small children were wheeled in a cart. 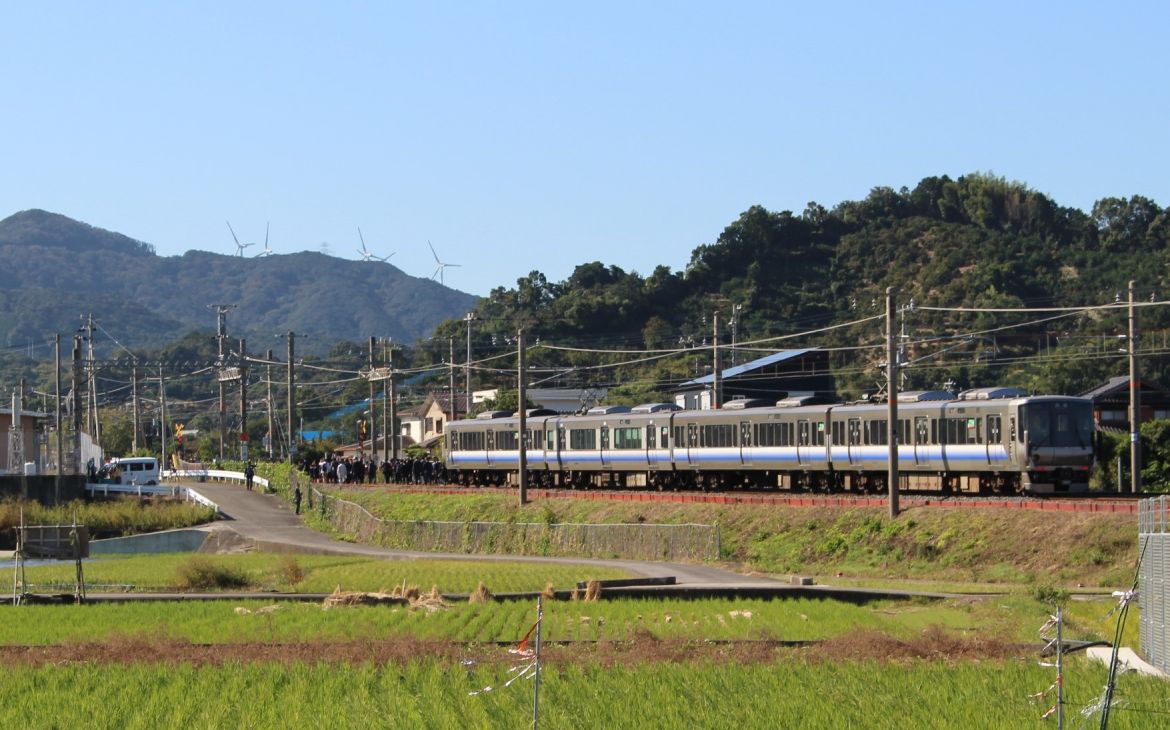 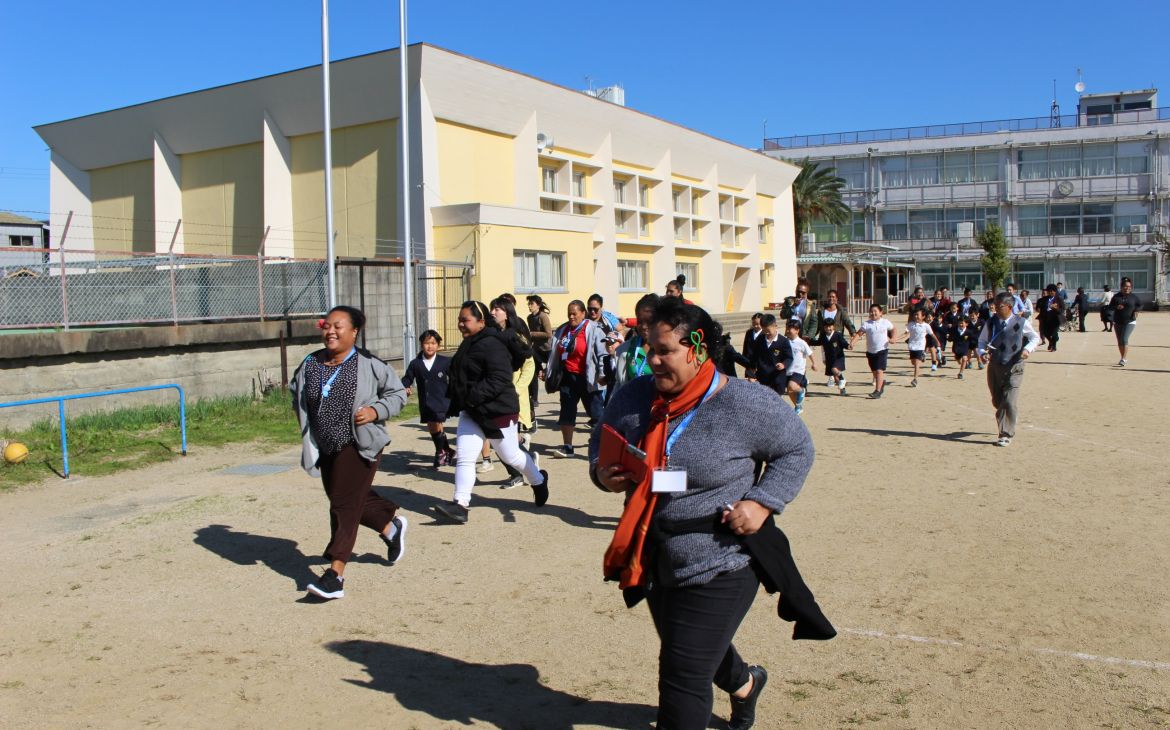 Being prepared: The evacuation centre

When they arrived at the evacuation site, Everlyn was struck by the fact that it was already stocked with food. This meant there was no need to wait for relief to arrive.

If we had to run with food to get to the evacuation centre, we would have fallen back. It would have been really heavy.

But in the aftermath of a disaster, if the food is already at the evacuation centre, people will be less worried about returning to their homes.

Everlyn took this idea back home. In her projects with the Ministry of Women, Youth, Children and Family Affairs and now with UN Women, she encourages communities to identify safe evacuation sites in which to store supplies using traditional methods of food preservation.

Being prepared: Early warning for women 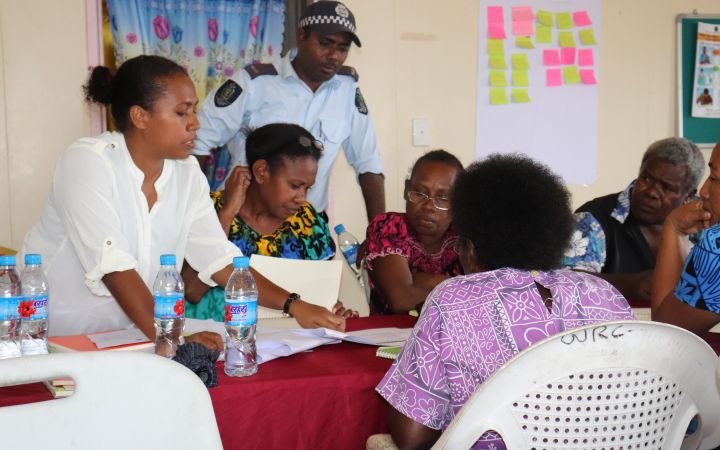 Nearly all casualities of disasters in the Solomon Islands – at least in the 2013 tsunami and 2014 floods – were women and children. Because subsistence agriculture is widespread in rural areas, women and girls spend their days out in traditional gardens, where early warning signals do not reach them.

To make matters worse, rapidly changing weather on the mountainous and heavily forested main islands means danger can strike suddenly. Women could be working beside the river on a fine day, “but if it’s raining in the middle of the bush, the river can flood quickly,” says Everlyn. The floods can catch the women unawares.

Because the men usually keep the family mobile phones, Everlyn sees radio as the best way to warn women. So she came up with the idea of connecting a major women’s radio programme, Vois Blong Mere Solomons, with the meteorological service and the National Disaster Management Office. Now, the radio programme disseminates weather alerts, and early warning signals.

Everlyn also helped connect provincial women’s desk offices with the meteorological service so that warning signals could be spread to communities through women’s networks.

Everlyn wants to get more women in communities involved in disaster preparedness. Despite being the most vulnerable, rural women in the Solomon Islands do not often sit on village disaster committees and are ill-prepared for emergencies.

Her experience in Japan, where even the children know what to do, impressed upon Everlyn the meaning of preparedness.

The students were really ready. They knew what the signals were so when it was time to evacuate, they took the lead.

The teachers were also ready to make quick decisions to evacuate – which can be the difference between life and death.

In 2021, Everlyn returned to the UNITAR Disaster Risk Reduction Programme as a resource person. She encourages participants to learn as much as they can from the practical elements of the programme. “It will help you reach out to women in the communities; it will help you have more ideas,” she tells learners, “and you will never regret that experience.”

Everlyn is well aware that passion and prayers are not enough in the face of a disaster; people need to be prepared.

I want to help women and children, the most vulnerable people, to be ready, because they can cope with the challenges. They just need the tools. Everyone can be prepared for disasters.

Everlyn will be speaking at the Wakayama Prefecture World Tsunami Awareness Day symposium on 5 November. RSVP for the event live on Zoom: Webinar Registration - Zoom