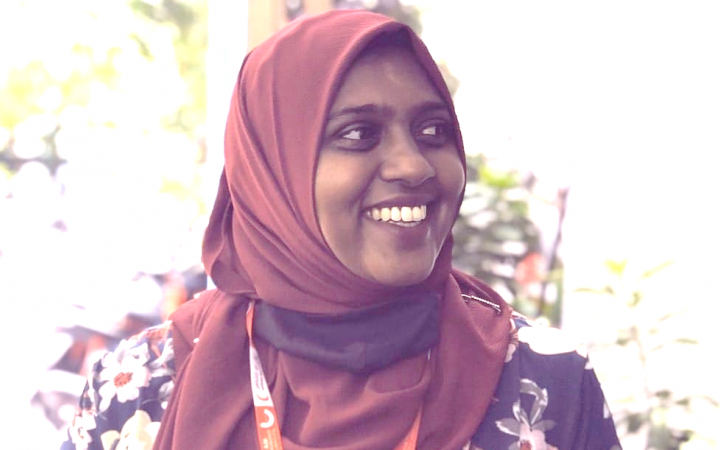 Sonath Abdul Sattar recalls when the Indian Ocean tsunami hit the Maldives in 2004.

We did not know what a tsunami was; we thought it was a big wave. And we waited and watched – we saw the water receding outside so we could see the reefs. And then when it crashed, it was coming with the dead fish and everything. We were not aware at all.

It was a pivotal moment in Sonath’s life. In the aftermath, Sonath began volunteering for the country’s relief efforts. It began her career in disaster management, a path which eventually brought her to Japan to take part in the UNITAR Women’s Leadership in Tsunami-based Disaster Risk Reduction (DRR) Training Programme for World Tsunami Awareness Day. 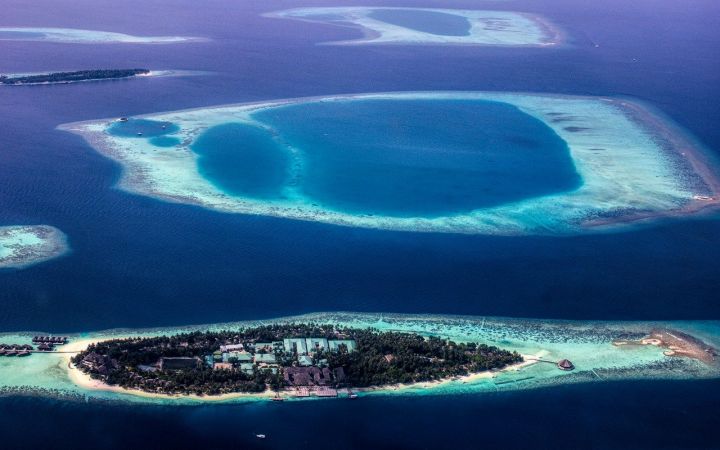 Image by Jonny Belvedere from Pixabay.

The Maldives is the world’s lowest-lying small island developing state, with an average ground-level elevation only 1.5 metres above sea level. Climate change and rising sea levels are exposing the island nation to larger sea swells, strong winds, and heavy rainfall. Disaster preparedness is critical for the nation’s survival.

Sonath joined the UNITAR women’s leadership in DRR training in 2017 and is now incorporating what she learned to help her country better prepare for and manage disasters. Worldwide, disasters impact women first, with longer-lasting consequences. Leadership of women like Sonath helps ensure that women’s unique needs are taken into account, making disaster risk reduction more inclusive and effective.

Lessons from natural disasters in Japan 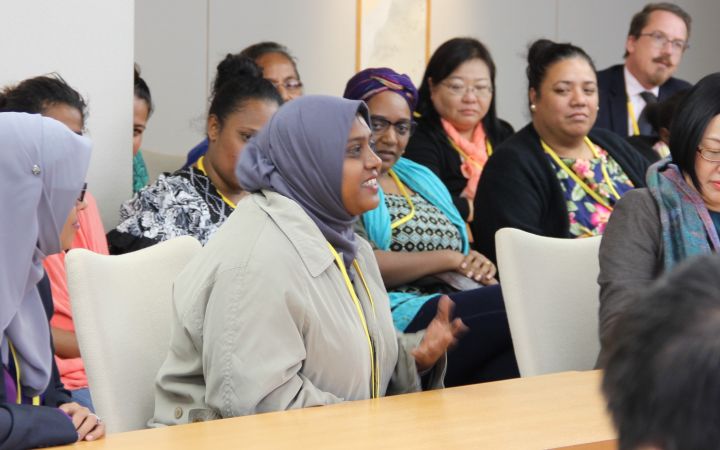 Before the 2004 Indian Ocean Tsunami, the people of Maldives did not have a native word for “disaster.” But since then, the country has been making strides in setting up its disaster risk management structure, passing its Disaster Management Act in 2006 and establishing the National Disaster Management Authority in 2018.

Sonath joined the UNITAR DRR programme in her fifth year with the Maldives Red Crescent. The UNITAR programme trains female professionals from small island developing states on leadership in the context of disaster risk reduction. Supported by the Government of Japan, the programme helps women leaders understand the gender-specific capacities and vulnerabilities in their communities and use those insights to prepare for and recover from disasters. Since 2016, the programme has trained nearly 200 women from the Pacific and Indian Ocean small island states.

During her training in Japan, Sonath was struck by how the country had embraced its disasters such as the 2011 Great East Japan Earthquake and Tsunami and was making use of the lessons it had learned.

You’re very much affected because of the earthquake but it doesn’t stop you; you are using that experience as an example to show the kids, ‘See, there are things we could have done; at least you can do it [for next time],’

Reaching communities through the children 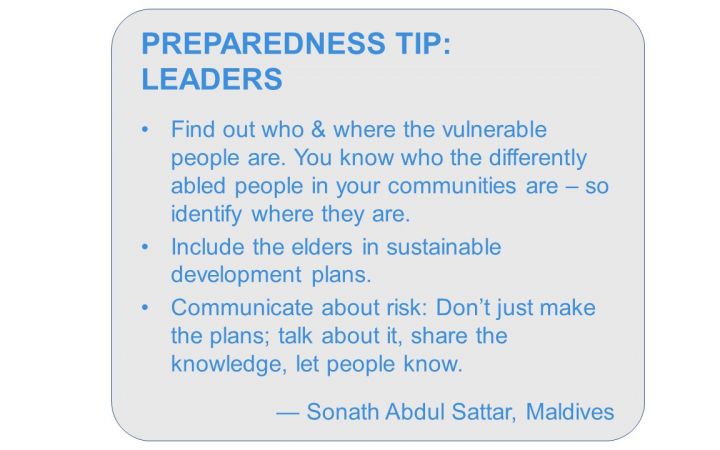 When the UNITAR programme took her to the Great Hanshin-Awaji Earthquake Memorial Museum, Sonath was struck by how schoolchildren were engaged in learning about the earthquake.

The kids go home and tell their parents [about what they learned], who can then talk to their grandparents and pass the message. I’m sure my grandparents would not know what to do [in case of a tsunami], but at least I can tell my parents, who can tell them. So this information passes [along].

After returning to the Maldives, Sonath helped UNDP Maldives run a week-long tsunami preparedness drill with the children on an island that had been devastated by the 2004 tsunami.

Although more than 10 years had passed, the adults were still scarred by the disaster and were reluctant to talk about it. “It’s like the tsunami was hidden in a locker at the back of their brains that they didn’t want to open,” says Sonath. But she and the organizers convinced the community that their children should be prepared for disasters.

Sonath saw the effectiveness of reaching the community through the children. “The whole week, the whole island was talking about [tsunami preparedness] because the kids were so excited,” she says.

The children would go home and ask their grandparents, “Did you know this emergency number? Do you know what to keep in the [emergency] kit?” 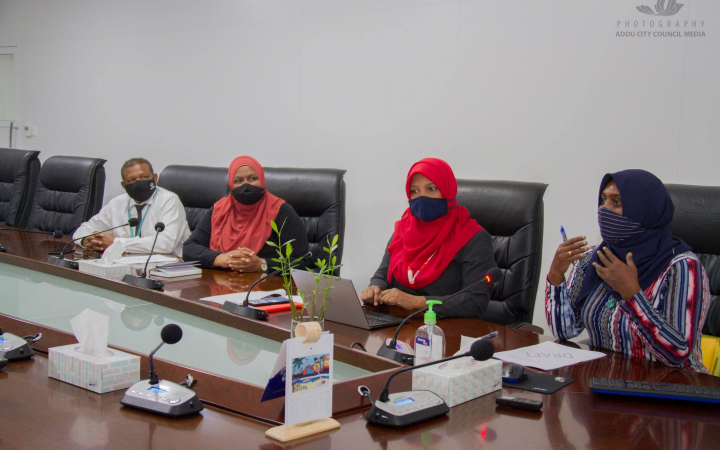 The UNITAR training taught Sonath how disaster risk management can be simple and responsive.

“You don’t need hi-tech. There is always something you can do,” says Sonath. 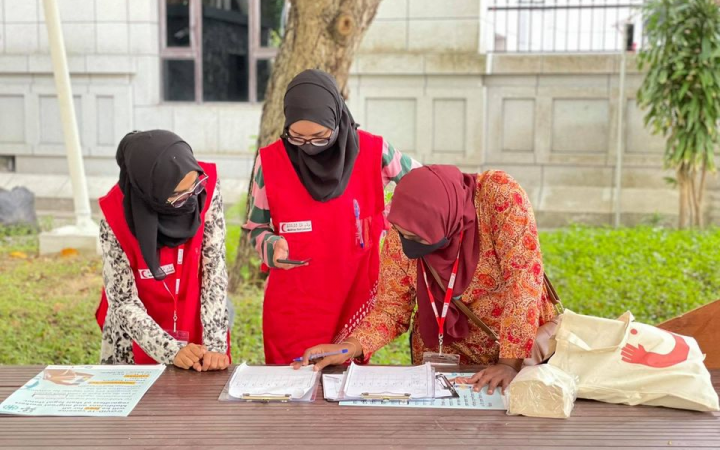 For the COVID-19 pandemic, Sonath has been busy volunteering with the Red Crescent. She has reached out to undocumented migrants to make sure they can access COVID-19-related services and worked with city authorities to inspect businesses on their compliance with social distancing and lockdown measures. 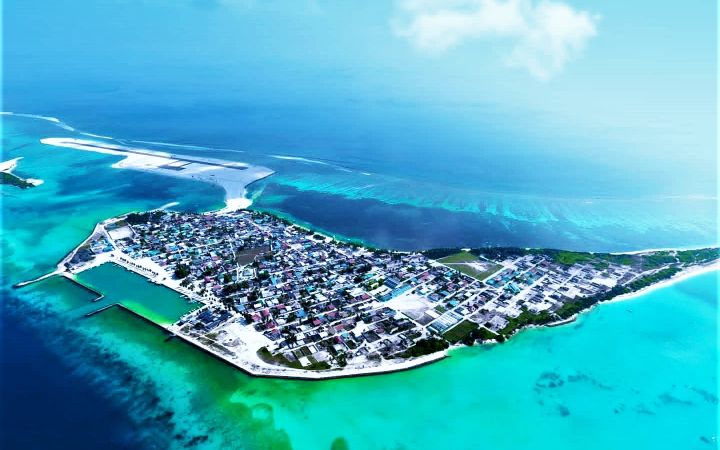 Sonath points out that evacuation drills can only do so much. Most Maldivian islands do not have higher grounds for people to evacuate to, and a tsunami could wash over from one side of an island straight to the other. “Maybe we will have to learn how to climb coconut trees,” she jokes.

Because of this, she believes that disaster preparation must include protecting the environment and addressing climate change. This may mean educating people to plant mangrove trees and not take sand from the beach, or rethinking development.

As a disaster management consultant, Sonath shows local government officials aerial time-lapse photos of islands that have been deforested to build housing, football stadiums, and airports. She tells them, “Please don’t cut trees and don’t give new housing lands in sea-swell areas.” 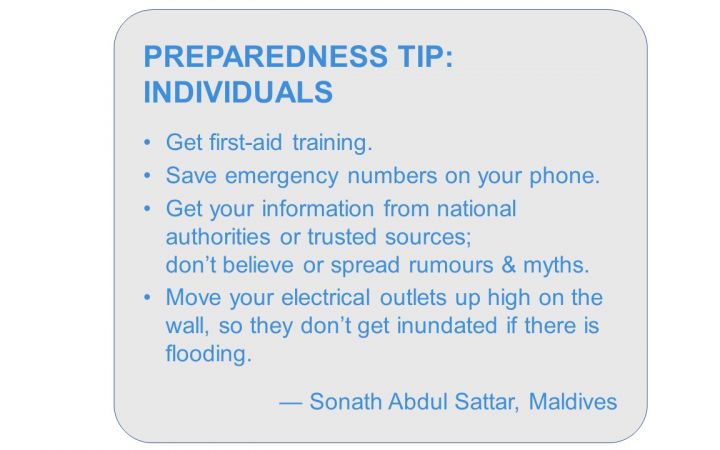 The 2004 Tsunami has left an indelible scar on the hearts of the people in the Maldives.

It’s still very vivid. You’re talking about the tsunami, and still [people get] goose bumps. The psychological effect of it, it’s still there. We just don’t talk about it.

This memory drives Sonath to help communities build resilience and to protect the environment – so that the next disaster will not take the country unawares. 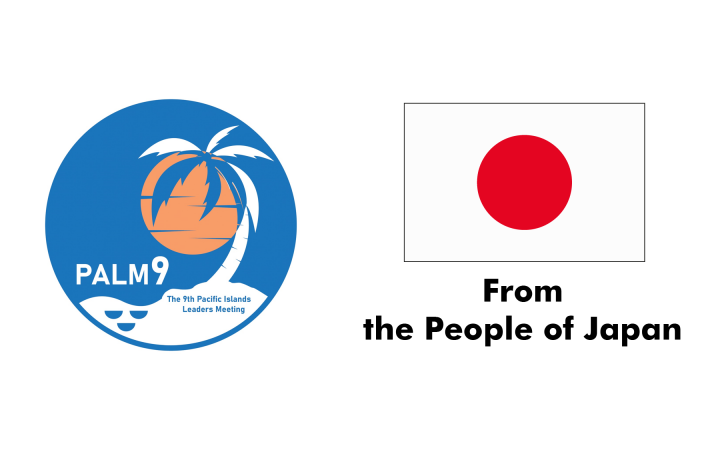 UNITAR Division for Prosperity with the support of the Government of Japan helps women leaders from small island states strategize better to reduce disaster risks in their countries and communities.

The Pacific small island developing states have long been important partners to Japan, and the Government of Japan will be hosting the 9th Pacific Islands Leaders Meeting on 28 June 2021, where Pacific heads of state will discuss partnerships and common challenges.