11 June 2012, Geneva, Switzerland. Mr. Carlos Slim Helu, the guest speaker of the new edition of the UNOG-UNITAR landmark initiative Geneva Lecture Series, has shared his insights and discussed the impact of new technologies on the world of business and our lives, as well as their role in achieving the goal of universal access to knowledge and in creating equal opportunities for all.

Around 700 participants, mostly at the Palais des Nations in Geneva and some in UN headquarters in New York, have joined the Seventh Edition of the Geneva Lecture Series organized by UNOG and UNITAR with the support of the International Telecommunication Union, and traditional partners Fondation pour Genève, Tribune de Genève, RTS, the Swiss Federal Department of Foreign Affairs and local authorities.  The lecture was broadcast live on the UN webcast.

This year’s edition focused on technologies and their role in development with Mr. Carlos Slim Helu as the guest speaker. Chairman and CEO of major telecommunication companies, Mr. Slim is also the Co-Chair of the ITU-UNESCO Broadband Commission for Digital development and a philanthropist active in the areas of health, education, arts and culture.

Mr. Slim argued that new technologies have drastically changed our lives, and led to a revolution that, contrary to the previous eras of human history, has not caused major social or economic harm, but rather created opportunities. He stressed the idea that technology will play a key role in fostering development, by making education, culture and health available even to people living in remote areas and with limited access to basic services. Furthermore, in order to face current unemployment challenges, Mr. Slim suggested that job opportunities, more specifically for youth, should be created by directing investments to the economic sectors which are likely to be central in the coming decades, most notably ICTs.

With the opening by the Director-General of UNOG Mr. Kassym-Jomart Tokayev, the programme of the event was twofold. Mr. Helu’s speech was followed by a series of questions and answers moderated by Darius Rochebin from RTS. The debate was marked by the active participation of students, representatives of the private sector, diplomats and UN civil servants. Ambassador Ogwu, Permanent Representative of Nigeria, introduced one question on behalf of the audience following the Lecture via a videoconference link in New York. UNITAR Executive Director, Mr. Carlos Lopes, closed the event.

Video archive of the event 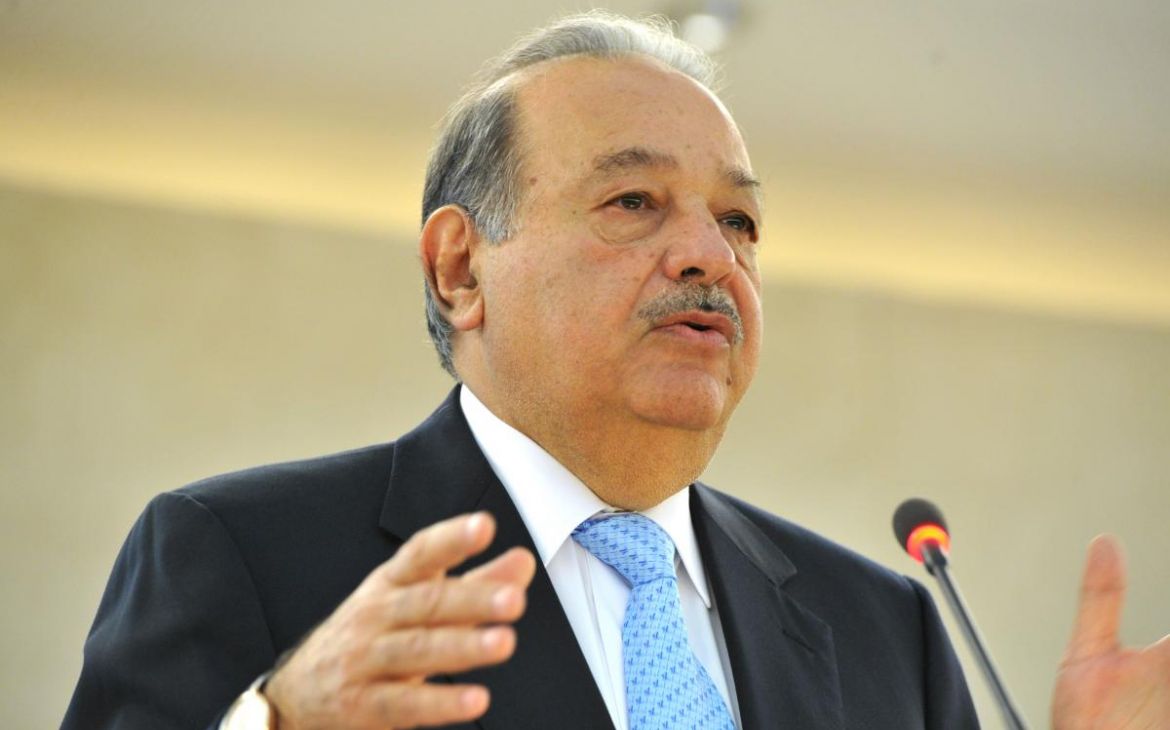 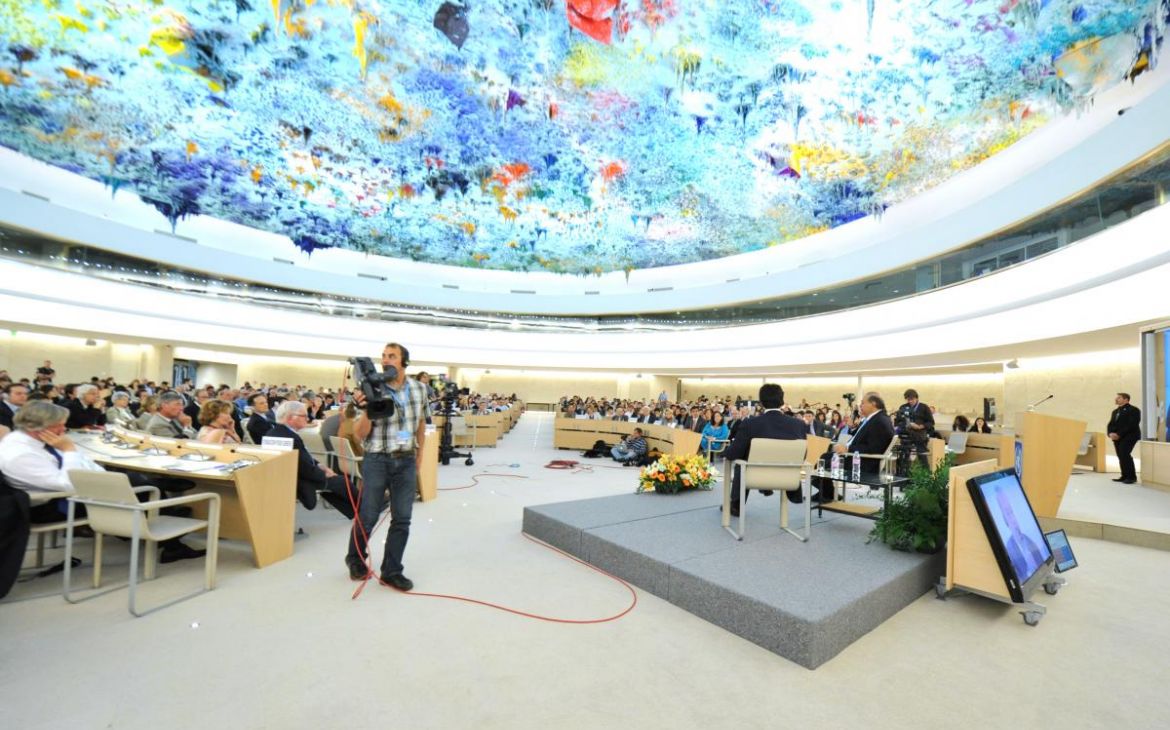 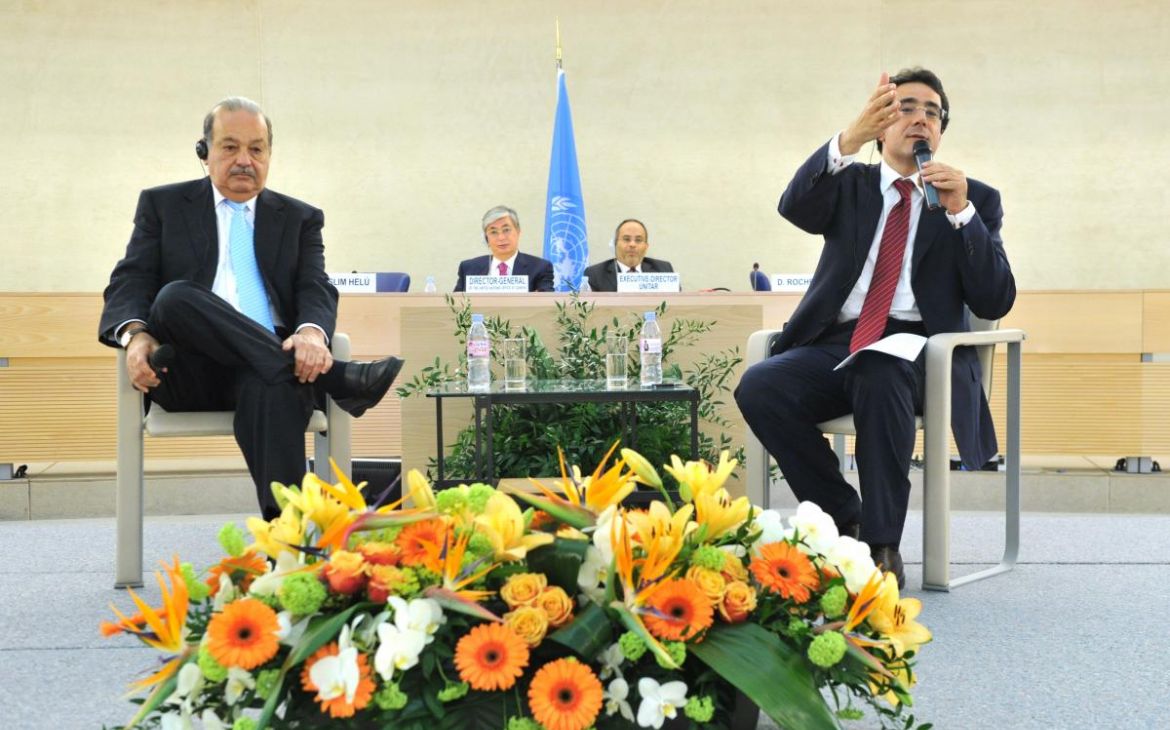 Media coverage by partners and other media outlets

This edition was organized with the support of the International Telecommunication Union. 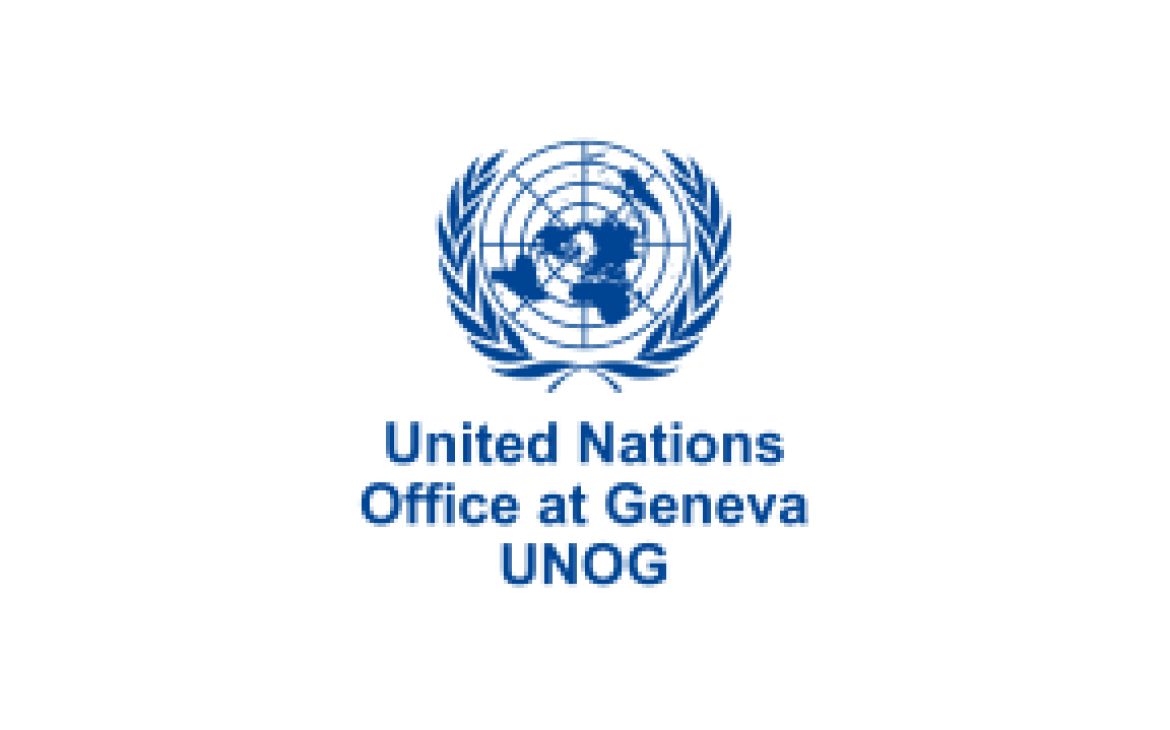