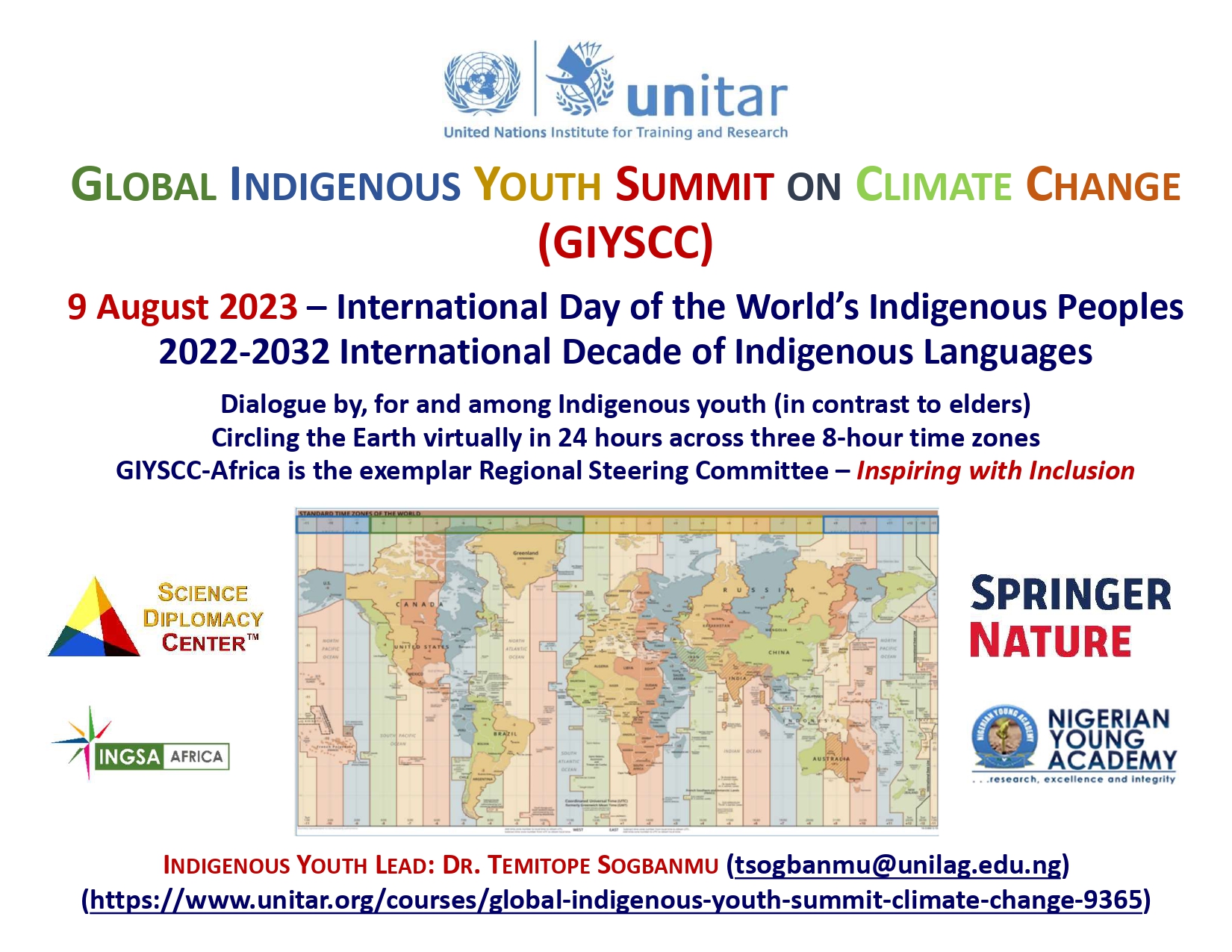 There are more than 370 million Indigenous people in some 70 countries worldwide. Indigenous cultures and communities are precious intrinsically, but also as guides for all humanity with direct relevance for our sustainable development across generations on Earth. Since the 20th century, humanity has been learning to operate as a globally interconnected civilization, represented clearly by the “common concern of humankind” in our climate with its variability on a planetary scale across decades-to-centuries.

The breadth of challenges posed by climate change at local-to-global levels is a multilateral concern across the spectrum of subnational-national-international jurisdictions. At the same time, rapidly changing climatic conditions have increased levels of uncertainty and anxiety among the youth on Earth. Nonetheless, the unprecedented mobilization of youth around the world shows the massive power they possess as essential contributors to informed decisionmaking on planetary scale, which is symbolized by Earth’s climate. Youth and especially Indigenous youth have key roles to enhance multilateral cooperation on climate action, helping humanity to operate for the benefit of all on Earth across generations.

The GLOBAL INDIGENOUS YOUTH SUMMIT ON CLIMATE CHANGE (GIYSCC) is being convened by, for and among Indigenous youth (in contrast to Elders), who will participate in designing the agenda and invite the participants from three 8-hour time zones, in a 24-hour period, on 9th August 2023 (United Nations International Day of the World’s Indigenous Peoples). In a complementary context, the Summit will precede the United Nations International Youth Day on August 12th.

This inclusive global dialogue by, for and among Indigenous youth is being planned as a 24-hour webinar with the Zoom® platform across three 8-hour time zones on 9 August 2023 (Figure 1). The Summit is being coordinated by Prof. Paul Arthur Berkman, who has been convening global dialogues since the Antarctic Treaty Summit in 2009 “with the interests of science and progress of all mankind.”

The Summit will involve online and hybrid sessions by design of Indigenous youth teams who are stimulating the South-North dialogues within and between the three 8-hour regions. Considerations of digital access are explicit from the start: seeking to identify local communication hubs within regions; taking advantage of remote satellite linkages where possible; and pre-recording where online access is unavailable. It is anticipated that one of the hybrid sessions will be hosted at the Palais des Nations in Geneva, enabling Indigenous youth to interact directly with the United Nations.

The following cross-cutting topics will be included for the agenda within and across the three 8-hour regions:

It is anticipated the presentations will include speeches, panel dialogues, short documentaries, artwork, music and cultural dance, photo galleries and other formats that are self-selected by the Indigenous youth.

Zoom® is the considered UNITAR platform for the online and hybrid dialogues, recognizing scalability with the number of participants in plenary and break-out sessions to facilitate Indigenous youth dialogues. The registration of Indigenous youth could be session specific. An hour session could, for example, include three groups of five presenters, which would mean around 120 participants in an 8-hour session or 360 presenters in the 24-hour dialogue circle, noting the diversity of formats could involve thousands of contributors. The SUMMIT also will be streamed, creating buzz among the youth with imagination to engage all humanity with global inclusion.

Selection of the languages will depend on the presentations approved by the Indigenous youth steering committees in their regional agenda with the online and hybrid sessions. Communications across languages as well as cultures are central to the global dialogue among Indigenous youth and will be thoughtfully addressed throughout the planning until 9th August 2023.