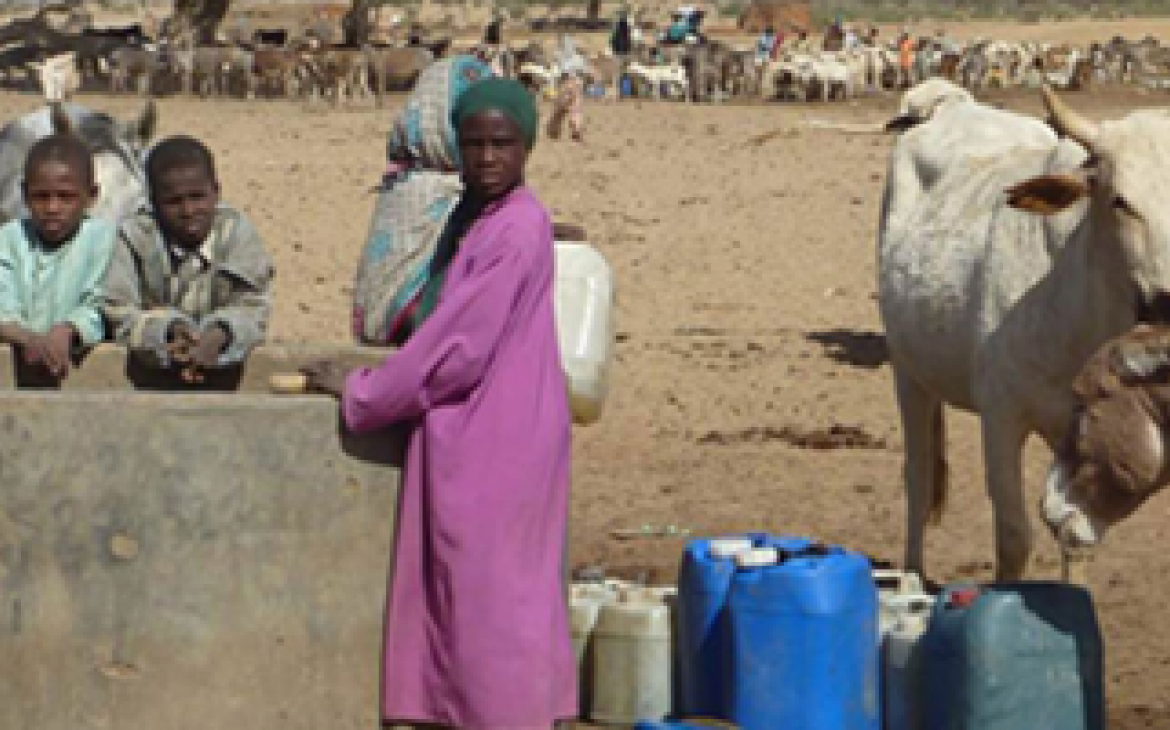 The issue of water scarcity is crucial in Chad. Agriculture and pastoralism concern more than two thirds of the country´s population which is very much dependent on rainfall. Establishing an active, durable and sovereign water resource management system is essential if Chad is to reach its development goals; and this is contingent upon transferring knowledge and building national capacity in this area. Better knowledge of water resources will also enhance the impact of development projects that are tied to good water management practices (healthcare, food security,…), thanks in part to more efficient planning for hydraulics projects and drilling campaigns. This knowledge is a strong foundation upon which to design development policies and support territorial planning.

The ResEau project was born as a result of a request by the Ministry of Hydraulics (MH, former MHRU) in Chad. ResEau is a ten year project divided into three phases. The United Nations Institute for Training and Research (UNITAR) and in particular its Operational Satellite Applications Programme, UNOSAT, is responsible for developing a Water Resources Information System (SIRE) and building local capacity in hydrogeology and geographic information systems (GIS). The ResEau project is co-financed by the Government of Chad and the Swiss Agency for Development and Cooperation (SDC). The project, which began in March 2012, is now in its second phase which will last until August 2019.

For the first phase, emphasis was placed upon expanding knowledge of water resources in northern and eastern Chad where the needs of villages and pastoralist pressures are most felt (Borkou, East and West Ennedi, Tibesti, Wadi Fira and Ouaddaï). Two series of hydrogeological maps have been be produced. The first, on a 1:500,000 scale, covers the entire area by assembling eight contiguous maps illustrating the nature, location and relative productivity of the various regional aquifer reservoirs. Several synoptic maps related to the climate, water quality and socio-cultural categories are also presented on the back of the maps and in the technical documentation produced by the project. The second series of maps, on a 1:200,000 scale, includes twenty-one maps: some illustrate the more densely populated areas and others sites of particular hydrological significance along with detailed information about the water resources available in specific areas. Two special maps were also produced for two major sites: Ounianga Lakes and Faya-Largeau Oasis.

These maps were developed using the Water Resources Information System for Chad (SIRE), a digital product developed by UNITAR/UNOSAT. SIRE stores all of the geological, hydrogeological, and hydraulic data available as geographic files and serves also as a document repository. Developing SIRE entailed compiling and analysing pre-existing works and in-depth processing of optical and radar satellite data. A cartographic web portal allows access to all geographic information compiled and produced during the first phase: http://geoportal.reseau-tchad.org

The second phase of ResEau project will now focus on the central part of the country, covering parts of Lake Mega-Chad. To cap off the first phase, SIRE will be consolidated and two series of hydrogeological maps will be produced, for a total amount of around thirty-five maps.

In order to guarantee optimal use of the data produced and digital technologies by the Chadian stakeholders, the project exploits different axes that promote sharing and information exchange: in-service training and workshops organised within MH, scientific missions in the field, and the implementation of a professional HydroGIS Master’s degree in partnership with the University of N’Djamena and University of Lausanne. The HydroGIS training, which began at the end of 2013, has the twofold objective of training professionals from the water sector and students to understand and resolve qualitative and quantitative management issues concerning surface water, groundwater and soils, and to use geographic information systems to conduct spatial analyses. The education programme and internships aim to create professionals capable of dealing with the water resources of the Chadian territory.

In parallel, a new building was equipped and became the documentation centre and geographic information services department (CDIG) of MH. CDIG began operations in May 2016 as recent graduates were announced. It aims to collect and centralize all information available in the water sector and to provide value added information to the community to better manage water resources based on GIS solutions.

Besides the main actors, MH and UNITAR/UNOSAT, several Chadian institutes are directly involved in the project (Chadian Consortium of Universities and Institutes and University of N’Djamena, CNAR, and the Ministries of Higher Education). The project also draws upon the expertise of Swiss (Swisstopo, University of Neuchâtel) and international institutions (CERN).