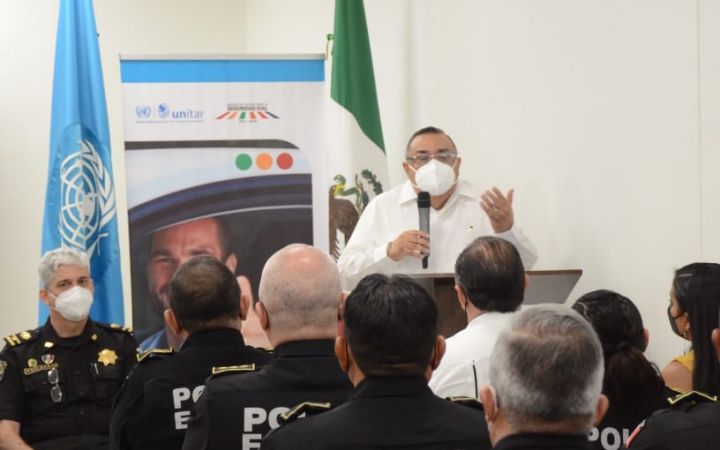 3 May 2022, Mérida, México – In line with Sustainable Development Goal 3.6: "Halve the number of road traffic injuries and deaths", UNITAR’s Autosobriety Training Programme seeks to contribute to changes in drivers' attitudes and contribute to the reduction of alcohol-related road crashes. The programme is aimed at government authorities responsible for road safety, road users and drivers, universities, the media, private companies, among others.

The programme comprises educational tools including an online training course, a 360-degree video to experience the effects of alcohol in driving performance through Virtual Reality, and a microlearning course available through EdApp.

In Mexico, more than 300,000 road crashes were recorded in 2020 and thousands of persons resulted injured or with a disability. Despite progress made, road crashes remain a public health and development challenge with wide-ranging social and economic consequences.

Recognizing that the vast majority of deaths and serious injuries caused by road traffic crashes are preventable and therefore unacceptable, the State of Yucatan and the City of Mérida in México, under a collaborative approach, launched this programme today in Mérida, Yucatán with the objective of raising awareness on an ongoing basis amongst citizens about the effects and consequences of alcohol on the body and on driving, while promoting a sense of responsibility to avoid driving under the influence of alcohol.

The Programme will be disseminated initially in Mérida, México, by CIFAL Merida in alliance with the Secretary of Public Safety of the Government of the State of Yucatán, the Attorney General's Office of the State of Yucatan, the Municipal Police of Merida, the Institute of Mobility and Urban Territorial Development (IMDUT), the International Airport of Merida, FISAC, the National Chamber of the Tequila Industry, and with the support of Pernod Ricard.

According to data from the National Institute of Public Health (INSP), Mexico ranks seventh in the world and third in the Latin American region in road fatalities. Training and education are key factors in improving road safety. Through the Autosobriety Training Programme, we aim to train a significant number of drivers in Mexico and inspire other countries to use this tool.
Mr. Hector Navarrete, Director, CIFAL Merida

The prevention of the harmful use of alcohol is a task that requires the joint effort of all actors in society, which is why the Autosobriety Training Programme, which uses as its main tool the training and education of motor vehicle drivers, is of the highest relevance to achieve this common goal.
Mr. Mauricio Soriano, Vice President, Corporate Affairs and Alcohol in Society, Pernod Ricard Latin America and the Caribbean

We believe that improving education about the risks of drunk driving is essential to empower drivers by enabling them to make the right decisions when it comes to driving, and to reduce alcohol-related traffic crashes.
Ms. Camille de Potter, Director, Strategy and Prevention, Pernod Ricard 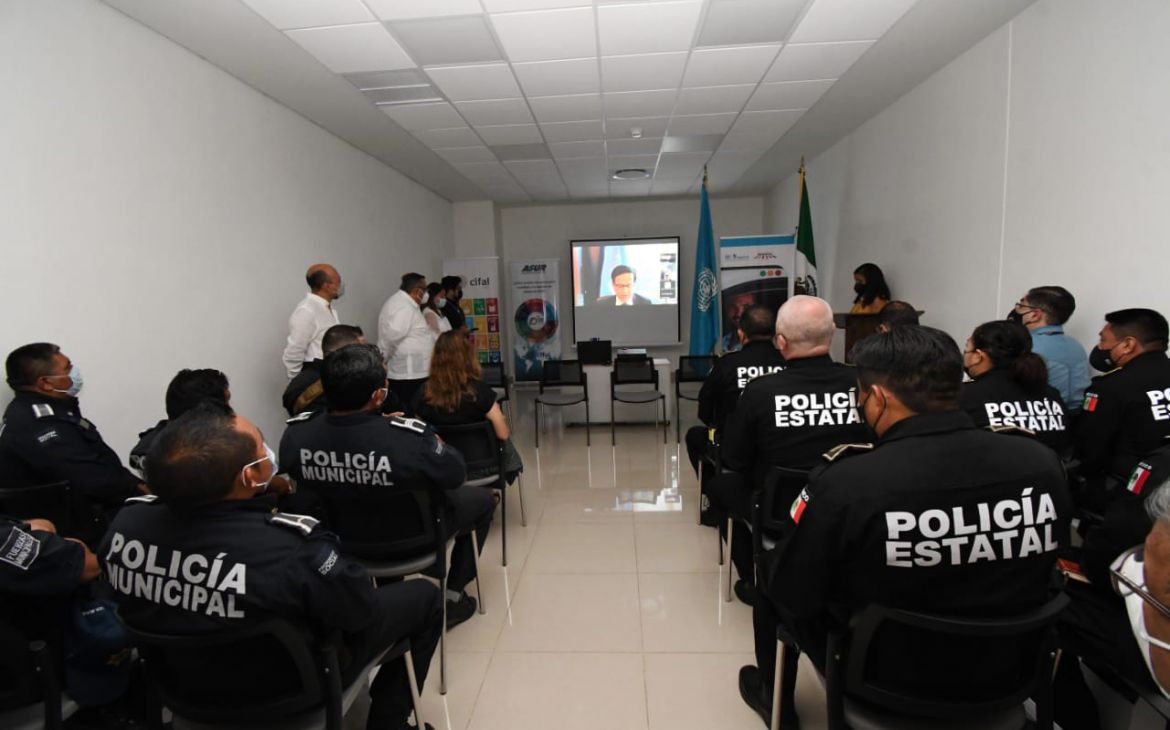 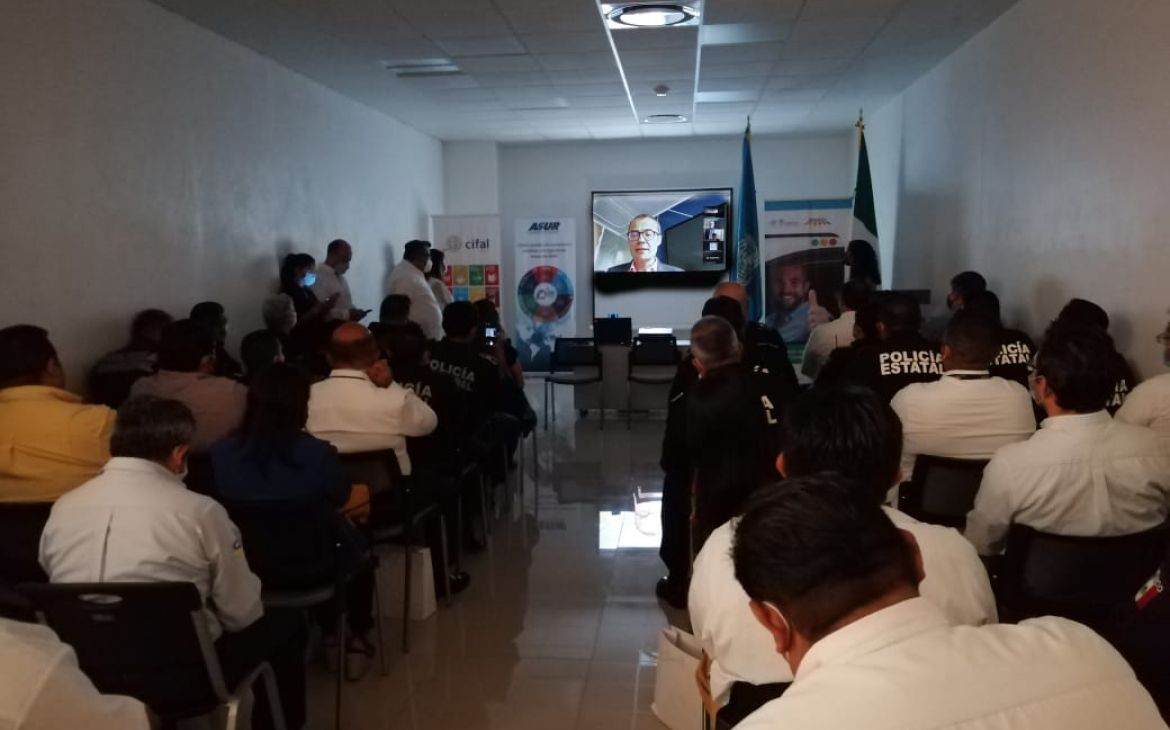 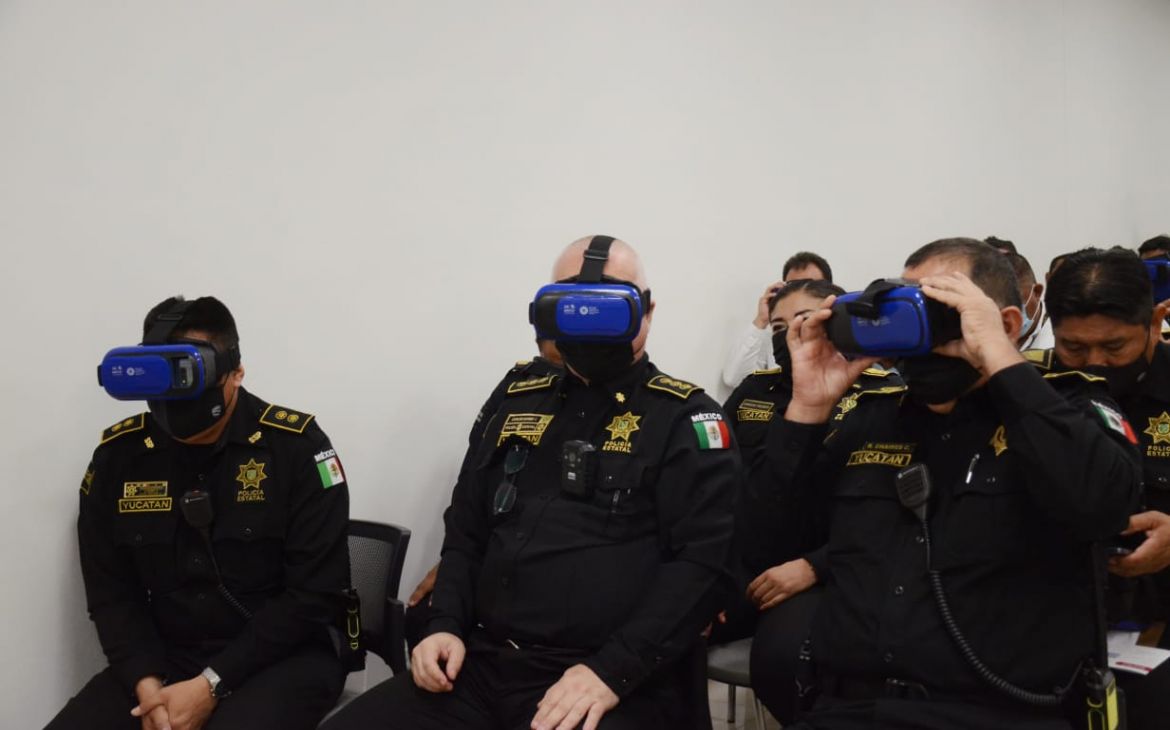 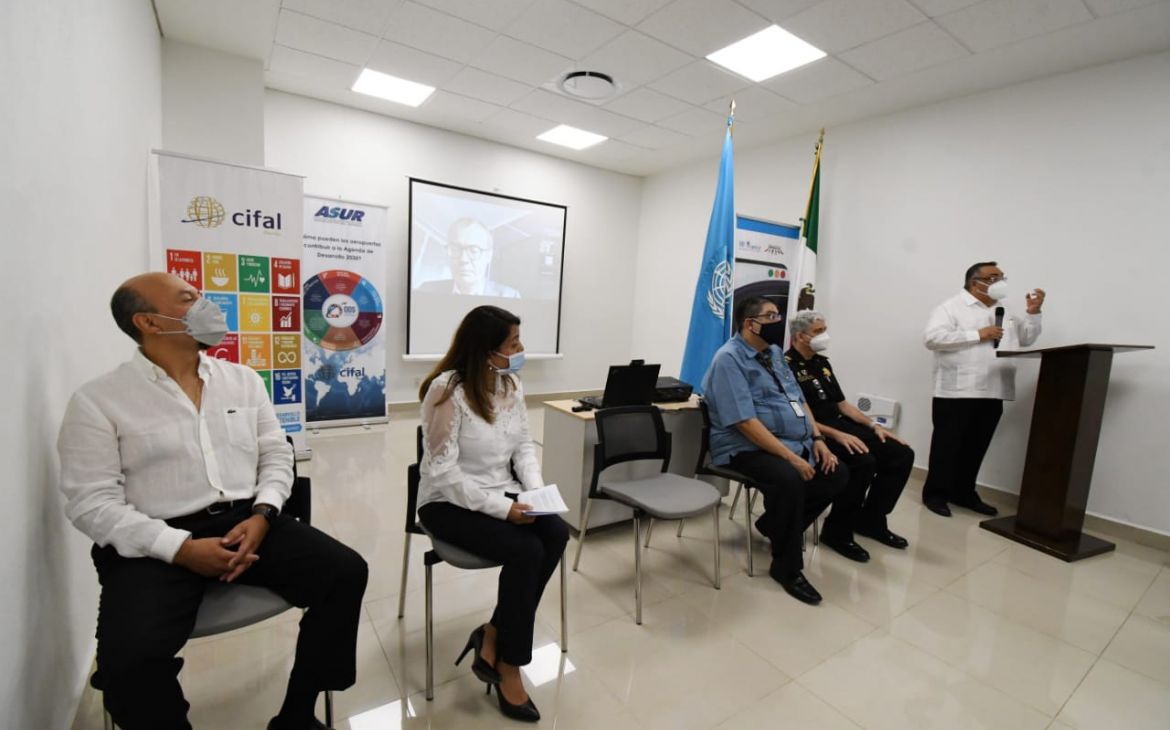 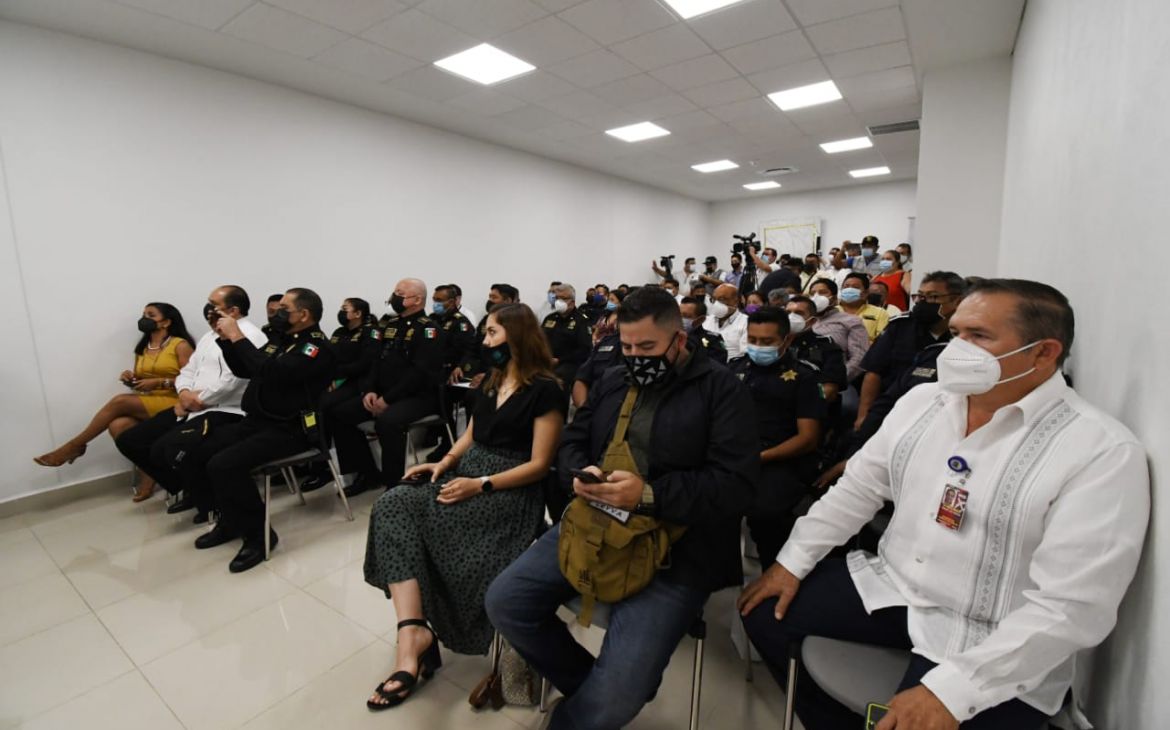 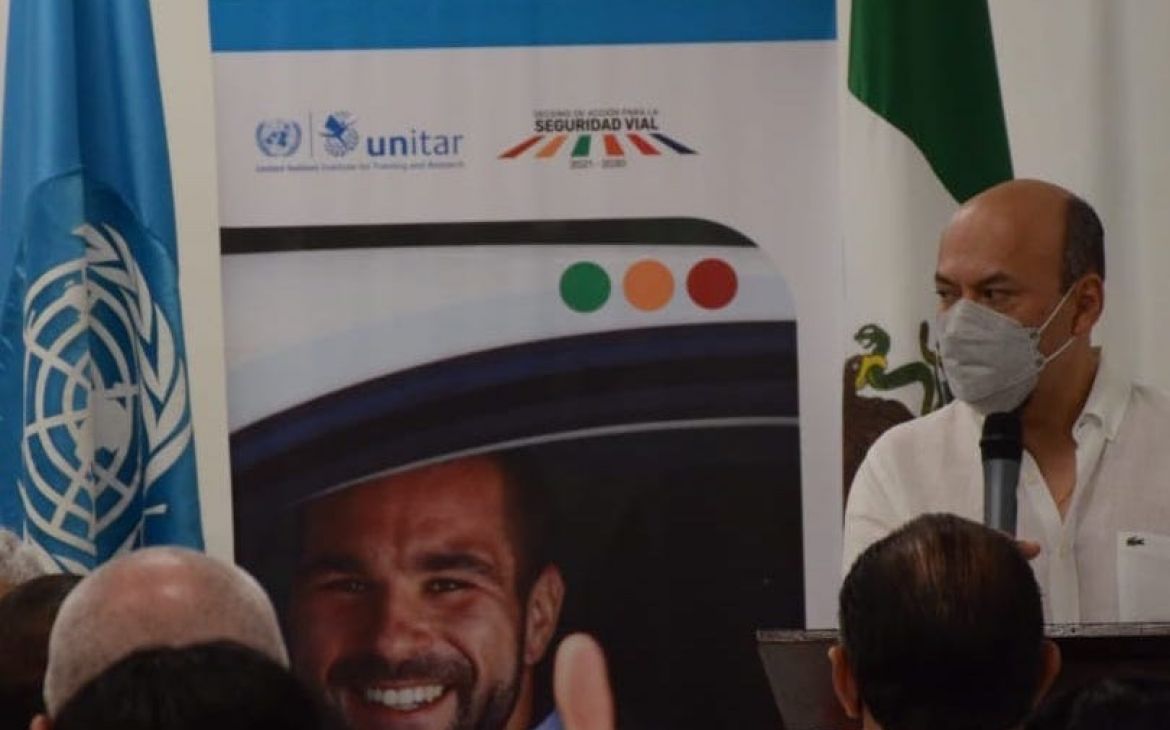 Learn more about the Programme: www.unitar.org/Autosobriety