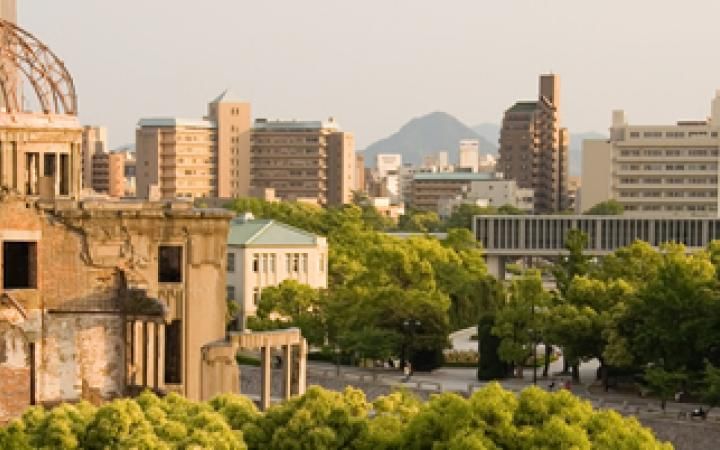 The year 2020 marked 75 years since the Hiroshima and Nagasaki atomic bombings – the first and only use of nuclear weapons in the world – and the 50th anniversary of the Treaty on the Non-Proliferation of Nuclear Weapons (NPT). And in 2021, the Treaty on the Prohibition of Nuclear Weapons entered into force, cementing a categorial ban on nuclear weapons.

Yet, the COVID-19 pandemic curtailed large-scale commemorations. What is more, the annual Review Conference of the Parties to the NPT, where diplomats gather to review the operation of the treaty, has been postponed several times from its original 2020 date. It is now expected to be held in 2022.

Based in the symbolic city of Hiroshima, UNITAR Division for Prosperity has an inherent interest in nuclear disarmament and non-proliferation. Since 2015, we have been training government officials from Asian countries who are on the front-line of nuclear disarmament negotiations.

The UNITAR programme gives participants a deep understanding of the latest nuclear-arms-control debate. Participants learn about the protocols and procedures of disarmament and non-proliferation conferences, such as the NPT Review Conference, and build their communication and negotiation skills.

Since 2015, 137 government officials from ministries of foreign affairs and defence in Asia have completed the UNITAR programme. The 2022 participants hailed from 11 countries, and 52% of the participants were women. Eighty-eight per cent of the 2022 participants said that the programme content was relevant to their professional roles and 87% said they intended to use their new knowledge.

The programme advanced dialogue and coordination among states in the Asian region: meeting like-minded colleagues fostered a common understanding that regionally aligned movements are some of the best ways to achieve nuclear disarmament and global peace.